Panel members appointed to evaluate the Food and Drug Administration’s human food programs have their work cut out for them as they craft recommendations for FDA leadership.

At a public meeting last month and in hundreds of comments received through an online portal, the members of the Reagan-Udall Foundation panel tasked with examining the agency’s “structure/leadership, authorities, resources and culture” have been told that problems in the foods programs are deep-rooted and complex, leading to a lack of accountability and delayed decision making.

Panel chair Jane Henney, a former FDA commissioner from 1998-2001, said the panel is “not just looking at the boxes on an organizational chart, but are they aligned and arranged in a way that can facilitate the function of the foods programs.”

The Reagan-Udall review is looking at the agency's Center for Food Safety and Applied Nutrition, Office of Food Policy and Response and relevant portions of the Office of Regulatory Affairs, which many speakers at the meeting said wields considerable responsibility at the agency.

The agency has been buffeted by calls for reform after an infant formula crisis exploded nationwide with the shutdown of the Abbott Laboratories’ Sturgis, Mich., plant earlier this year and the subsequent revelation that FDA’s response to a whistle-blower report was delayed because agency leadership didn't get it until four months after it was sent to the agency in October 2021. 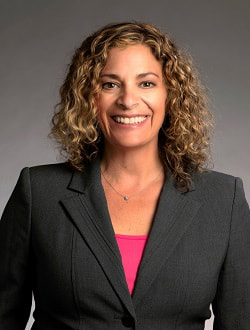 FDA’s internal evaluation of its response to the infant formula crisis, issued shortly after the Reagan-Udall Foundation began its work, did not engender trust in the agency. The report found “no single action [can] explain the events that occurred."

“As evidenced in the powdered infant formula recall from Abbott Nutrition, the culture [at FDA] remains reactive. The process lacks clarity, and the system is not structured for swift action to protect consumers,” Mitzi Baum, CEO of Stop Foodborne Illness, told the panel.

The review by Steven Solomon, director of the Center for Veterinary Medicine, “has me questioning the goal of the exercise,” Baum said. “The internal review recounts missteps, including lack of proper training and lack of clarity of roles. … However, it does not provide any subsequent calls for change or any findings regarding the fragmented leadership structure” that prevented a quick response to the crisis.

“There is no discussion of root cause analysis, or making the internal cultural shift towards prevention,” Baum said.

Many speakers and commenters agreed that FDA leadership was “fragmented” and “siloed” and reiterated calls for a deputy commissioner for foods who would report directly to the FDA commissioner.

Echoing a comment to the panel by former commissioner Stephen Ostroff, Steven Mandernach, executive director at the Association of Food and Drug Officials, said, “Dr. Ostroff was precisely right. The program isn't currently a program but it's several programs that operate independently and occasionally come together with a common purpose.”

An FDA staffer, one of dozens who submitted comments anonymously to the online portal, said “there is duplication of functions between CFSAN and OFPR, making responsibility unclear.” In addition, “decision making is often extremely slow because people are unable or unwilling to make decisions when there’s any ambiguity in a situation.”

Many who commented online and in person complimented FDA staff, calling them hardworking and dedicated, but lacking clear direction.

One person who commented, identifying as a consultant and attorney, said “the staff work hard, and if they are told who is in charge, and that they need to move decisively and the leader will have their backs, they will do so. But a complete culture change is needed, because especially the CFSAN director [Susan Mayne] is incredibly risk averse. and so the staff's natural inclination to be cautious is compounded dramatically.”

FDA should focus more on preventing problems beforehand rather than engaging in enforcement after a problem has been detected, the panel was told.

Jennifer McEntire of the International Fresh Produce Association said having a deputy commissioner for foods “with direct authority over CFSAN, OFPR, CVM and the food parts of ORA who is not Senate-confirmed could provide stability and promote an efficient, effective, and aligned FDA.”

A diverse array of groups has repeatedly called in recent months for a deputy commissioner for foods.

McEntire also criticized the agency for a lack of transparency. “FDA’s gathering some focused information from onion growers,” she said. “When we asked to see the questions, we were told we could FOIA them. This is not partnership.” 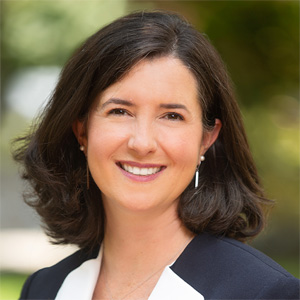 She continued, “FDA and the states are sampling foods, but we’ve been told that which food-hazard pairs are included won’t be shared, and that even when each year’s work is done, the results won’t be shared. This is not prevention-focused.”

In addition, she said FDA has a “’gotcha’ mentality,” which is “particularly detrimental during outbreak investigations. FDA puts being a regulator above being a public health agency.”

The agency needs to spend more on nutrition, which speakers said will require larger budget requests to Congress and more concerted lobbying on FDA's part.

“Significantly more resources” are invested in foodborne illness than in nutrition and diet-related disease, said Emily Broad Leib, founding director of the Harvard Law School Food Law and Policy Clinic. About 7% of CFSAN’s approximately $1.1 budget goes to nutrition, she said.

All the former directors of CFSAN weighed in with a letter to the foundation in which they called for more funding and clear lines of authority.

CFSAN’s staffing has been “flatlined” for more than 40 years, they said. “It is time to stop starving the FDA’s human foods program and find a sustainable source of funding, at significantly increased levels.” One potential solution could be user fees, which are employed in other FDA programs.

They also said CFSAN needs to be the “driver of policy, priorities, and direction,” with the Office of Regulatory Affairs being the “driver of implementation. This would make the new food inspectorate more risk-based, effective, and efficient.”