A dry fall helped speed harvest and reduce the need for propane for drying this year’s crops, which will help farmers deal with price increases for the fuel expected this winter.

As of this week, nearly all of the nation’s corn was ready to harvest and 61% was already in the bin, according to USDA. So, with corn drying nearly complete, only extreme weather, a rail strike, or another unknown could disrupt the nation’s propane supply this fall and winter.

“This year is shaping up to be, fingers crossed, a much less problematic year" for propane supplies, said Steve Kaminski, president and CEO of the National Propane Gas Association. 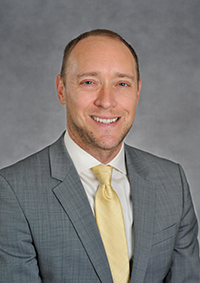 Steve Kaminski, National Propane Gas Association Some 9.5 billion gallons of propane was used nationwide last year, with nearly a billion gallons being consumed in agriculture. Because the United States produces roughly 30 billion barrels of propane a year, two-thirds of which is exported, supply is rarely an issue. But the industry has problems sometimes in getting propane to where it is needed domestically.

Mike Newland, director of agriculture business development at the Propane Education and Research Council, said that while he is still watching Indiana and Illinois, where harvest is progressing more slowly, most U.S. farmers are confident they will have their crop dried before home heating demand really picks up.

As of last week, the United States had 86 million barrels of propane in storage, according to the Energy Information Administration. Current stocks were 16% larger than a year earlier and squarely within their five-year average.

“While we don’t have any concerns right now about the propane being used to dry corn, we always encourage pre-winter fills,” Kaminski said. “If all of a sudden there is a cold snap and everyone cranks up their heat at the same time, there could be logistic problems. The more storage onsite at homes and at farms, the less propane has to be moved in January when weather can be an issue.”

EIA projects propane use will increase 2% this winter compared to last. An increase in propane used for space heating and petrochemical production is expected to partly offset the lower propane usage for drying crops.

However, if winter temperatures are extreme, inventories by the end of March could fall to 19 million barrels, the lowest on record dating to 1973, EIA notes. That would send average winter prices higher than the currently projected year-over-year seasonal increase of 5%. After spiking last March to their highest inflation-adjusted price since February 2014, wholesale propane prices have steadily declined to less than $1/gallon.

At this point, Kaminski said only two issues could cause major disruptions in propane supply this winter. The first and most worrisome is the possibility of a rail strike. Last week, the country’s major freight railroads rejected the Brotherhood of Maintenance of Way Employees Division of the International Brotherhood of Teamster’s latest request to add seven days of paid sick time to their five-year tentative contract. If BMWED decides to strike in response, other freight railroad unions would likely honor the picket lines, halting the movement of about 30% of the nation’s freight.

The second issue involves two legal cases that could disrupt propane supplies from Enbridge Line 5, which supplies 55% of Michigan’s demand. In 2019, Michigan’s attorney general filed a lawsuit in state court to force Enbridge to shut down an aging 4.6-mile section of the Line 5 pipeline that runs under the Straits of Mackinac. This past August, a Michigan judge ruled that the case be moved to a federal court.

In 2019, the Bad River Band of Lake Superior Chippewa sued Enbridge in federal court to remove Line 5 from tribal lands in Wisconsin due to risk of a spill. Enbridge has since proposed building a $450 million line that runs around the Bad River reservation. A federal judge recently ruled that Enbridge trespassed on tribal lands and profited at the expense of the Bad River Band but stopped short of shutting the line down. The Tribe has not yet decided its next steps.

“There’s unlikely to be definitive action this winter on Line 5,” Kaminski said. “These cases are moving at a snail’s pace.”