Samuel Crowell has joined the American Seed Trade Association as the new senior director of international programs and policy. In his career, Crowell has worked at the State Department, Office of the U.S. Trade Representative, and at USDA, where he was awarded an AAAS Science and Technology Policy Fellowship, serving in USDA’s Office of the Chief Scientist. He was also awarded the Mirzayan Fellowship at the National Academies of Sciences' Board on Agriculture and Natural Resources. 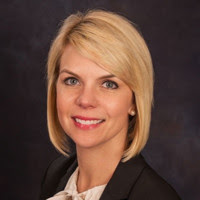 The National Pork Producers Council has selected Kelly Cushman as its new vice president of domestic policy. Bringing over 25 years of experience to the role, Cushman has previously worked for ITG Brands, PhRMA, and JDA Frontline. She holds a bachelor of science degree in biological sciences from Clemson University and a master of science in environmental science and policy from Johns Hopkins University.

Liz Hare now serves as a principal at Evergreen Strategies. Hare previously worked at the American Soybean Association as the executive director of the World Initiative for Soy in Human Health.

The National Fisheries Institute has tapped Lisa Wallenda Picard as the incoming president and CEO. She will succeed John Connelly who announced last January he plans to retire in early 2023. She most recently served as the senior vice president for policy, trade and regulatory affairs at the National Turkey Federation.  She joined NTF in 2011 and before that was the chief of staff for USDA’s Food Safety and Inspection Service.

Dong-Chan Bae has been hired as the new country director for the U.S. Wheat Associates’ Seoul office in South Korea. Bae began his role on Nov. 1. He comes to USW after 25 years with the Samyang Corporation.

Bryan Hitchcock has been promoted to chief science and technology officer at the Institute of Food Technologies. Hitchcock assumes the role from former IFT President John Ruff, who has served in an interim capacity for the past two years. Hitchcock joined IFT in 2019 as senior director of food chains and executive director of the Global Food Traceability Center.

Chris Tutino is leaving Syngenta on Nov. 11 after working for the company for eight years. Tutino has been the senior communications manager for Syngenta. He announced in a company email that he has “accepted an offer as a senior director of communications at another agriculture company focused on biotechnology.”

Derek Leathers has been named the new chairman of the Board of the American Transportation Research Institute. Leathers has 30 years of experience in the transportation and logistics industry and more than 20 years of experience with Werner Enterprises, where he serves as the chairman, president, and CEO of Werner Enterprises. He succeeds Judy McReynolds, ArcBest Corp. chairman, president and chief executive officer, who is completing eight years of service as ATRI chair.

The American Trucking Association's board of directors has elected Dan Van Alstine as its new chairman. Van Alstine currently serves as the president and COO of Ruan Transportation Management Systems in Des Moines, Iowa. He succeeds Harold Sumerford Jr., CEO of J&M Tank Lines, Birmingham, Ala., as ATA chairman. The board also elected Andrew Boyle, co-president of Boyle Transportation, as ATA’s first vice chairman and, Darren Hawkins, CEO of Yellow, as ATA’s second vice chairman. Dennis Dellinger and Wes Davis have been selected to serve as vice chairmen and the board reelected John M. Smith as secretary and John A. Smith as treasurer.

Paul Minehart is retiring as the head of crop protection communications for Syngenta after 14 years in the position. He has been in corporate communications for 42 years. He previously worked in industries, including defense and aerospace, pharmaceuticals and agriculture.