The United Nations, fresh off a scare from Russia’s threat to leave the Black Sea Grain Initiative and 10 days from the extension deadline for the deal, is desperate to show Moscow that it’s serious about improving Russian fertilizer exports.

Just hours after Russia announced last Wednesday that it would reenter the Black Sea Grain Initiative, UN Under Secretary General for Humanitarian Affairs Martin Griffiths released a statement that he was “committed to removing the remaining obstacles to the exports of Russian food and fertilizer.” He also stressed that negotiations would resume with Russia to try to assure that the deal that keeps millions of tons of Ukrainian grain exports flowing will not expire on Nov. 19.

Government officials have not suggested that the two issues — a deal to extend the Black Sea Grain Initiative and Russian demands for better access to international markets for its fertilizer — are connected, but both have become a priority for the UN, which brokered the Initiative with Russia, Ukraine and Turkey.

UN spokesman Stephane Dujarric said Russia made no conditions for its agreement to renew its involvement in the Initiative, but there are things that Moscow continues to push for.

When the UN, Ukraine, Turkey and Russia signed off on the agreement July 22, they also signed a separate deal that would assure the free flow of Russian fertilizer to the international market. Some Russian fertilizer is flowing, but much is not.

Now, Moscow appears to be looking to merge the two deals and include wording on Russian fertilizer in the Initiative, says Georgy Eliseev, a market analyst for S&P Global Commodity Insights.

A UN spokesman did not respond directly about Russia's requests when asked on Monday. 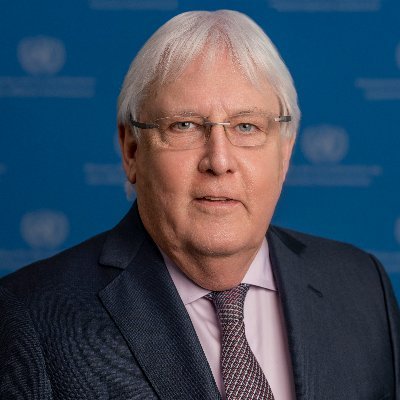 UN officials are “very committed to making sure that [the deal] works, because so many people depend on it. And so, these negotiations are right now ongoing,” the spokesman said. “I don't have a specific update to add for today.”

A particularly sore point for Russia is its virtual inability to export ammonia, despite assurances from the European Union and the U.S. that there are no sanctions on the fertilizer. Russia does not have any terminals to load ammonia onto ships for exports, says Eliseev, so the country primarily relies on sending it via pipeline to a port facility in Ukraine or delivering it to terminals elsewhere in Baltic countries like Estonia and Latvia.

But those shipments stopped since Russia invaded Ukraine.

Russia’s exports of products like urea and potash are down, but not nearly as much as ammonia, said Joe Glauber, a senior research fellow at the International Food Policy Research Institute and former USDA chief economist.

While the European Union has technically lifted sanctions on Russian ammonia, sanctions still exist on individuals that own the Russian fertilizer companies, said Eliseev. That, together with uncertainty over the broader sanction orders from Brussels and the way that Baltic countries have interpreted them, has essentially cut off Russian exports.

Russia is still shipping some ammonia through a transit terminal in Finland, but the Finnish government has said that will stop in January, said Eliseev.

As to the pipeline that carried ammonia from Russia to the Ukrainian port of Yuzhny, that has been idled since the war began. UN officials have been negotiating with the Ukrainians and Russians for months to reactivate the pipeline that starts at Russia’s Togliatti Azot facility in Samara and ends in Yuzhny.

Russian pressure to restart the pipeline may be key as the UN tries to broker a deal to prevent the expiration of the Black Sea Grain Initiative, says Andrey Sizov, head of the analysis firm SovEcon.

Of all the fertilizers, nitrogen products are under the most stress because of the tight supplies and high prices for natural gas, says Alzbeta Klein, CEO and director general of the Paris-based International Fertilizer Association.

An extension of the Black Sea Grain Initiative will help keep grain prices down, but that won’t help farmers in some of the poorest nations keep their families fed if more isn’t done to alleviate tight supplies of fertilizer, Klein said.

Farmers in the U.S., Canada, South America and the European Union are paying higher prices, but they can mostly live with that burden, she said. Subsistence farmers in Africa cannot.

“What this deal will do is alleviate some of the pressure from immediate grain markets, but we have a long way to a balanced situation in the fertilizer market because we’re still missing a lot of tonnage,” Klein said. 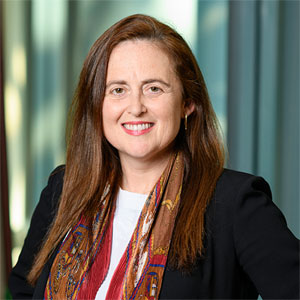 “European farmers will be able to buy it from wherever it is available. We’ve seen supplies coming (to Europe) from Africa and the Middle East, replacing domestic production, and that determines the price for fertilizer.”

It also means that there will be shortages elsewhere — particularly in places like Africa where farmers cannot afford to pay the elevated prices.

Another Russian demand is that all Western sanctions on the Russian Agricultural Bank, or Rosselkhozbank, be lifted, said Klein.

It’s unclear whether that is a possibility, but the bank is still on the U.S. Treasury Department’s sanction list, which is maintained by the Office of Foreign Assets Control, or OFAC.

Meanwhile, the U.S. is adding pressure on Russia to agree to extend the grain initiative.

Secretary of State Antony Blinken, speaking at a summit of G-7 foreign ministers Friday in Münster, Germany, stressed that much of the Ukrainian wheat exported under the Initiative has been sent to developing nations.

“But the truth is we shouldn’t have to negotiate constantly with (Russian President Vladimir) Putin to allow food to get out to the world,” Blinken said. “That’s why the international community is sending a clear message to Moscow that it should stop using hunger as a bargaining chip, and extend the grain deal long before it expires later this month.”

Russia withdrew its participation in the Initiative after claiming that Ukraine used the grain shipping route in the Black Sea to mount a military attack on Russian ships near Sevastopol. After watching ships continue to arrive in Odesa and load up with corn and wheat even without Russian approval, Moscow announced without explanation that it would resume participation in the Initiative.

Moscow demanded that Ukraine stop using the shipping corridor for military purposes, but Ukraine brushed that aside.

Oleg Nikolenko, who represents Ukraine at the UN, said in a recent Facebook post: “Firstly, Ukraine did not use and did not plan to use the ‘grain corridor’ for military purposes. Secondly, the Ukrainian party strictly adheres to the provisions of the grain agreement. … Moscow returned to the grain agreement thanks to the active diplomacy of UN Secretary-General António Guterres and Turkish President Recep Tayyip Erdogan.”