Both Democratic and Republican senators are pushing for simplified USDA Rural Development program applications, saying the current process is so arduous it favors those who can afford to hire grant writers to produce the necessary paperwork.

USDA's Undersecretary for Rural Development Xochitl Torres Small told members of the Senate Agriculture Committee Tuesday that she shares their concern. However, the department operates a number of different programs and some program-specific statutory requirements require it to include certain application requirements, she said.

“It’s easy to say we need easier access to our programs,” Torres Small said. “Then we have to peel back the onion and say, “what does it take to do that?'”

Both Sens. John Boozman, an Arkansas Republican and the committee’s ranking member, and Michael Bennet, D-Colo., used their time at the hearing to get Torres Small’s take on the application process. Boozman said he’s concerned about rural communities that are struggling to maintain population and revenue being able to keep up with applicants who have more resources to work with.

“I don’t think it should be that you have to spend thousands of dollars hiring a grant writer in some small community that literally is hemorrhaging population,” Boozman said.

The agency is working on ways to simplify parts of the process by creating online applications that Torres Small says should make it easier to apply for some programs like the Single Family Housing Program. 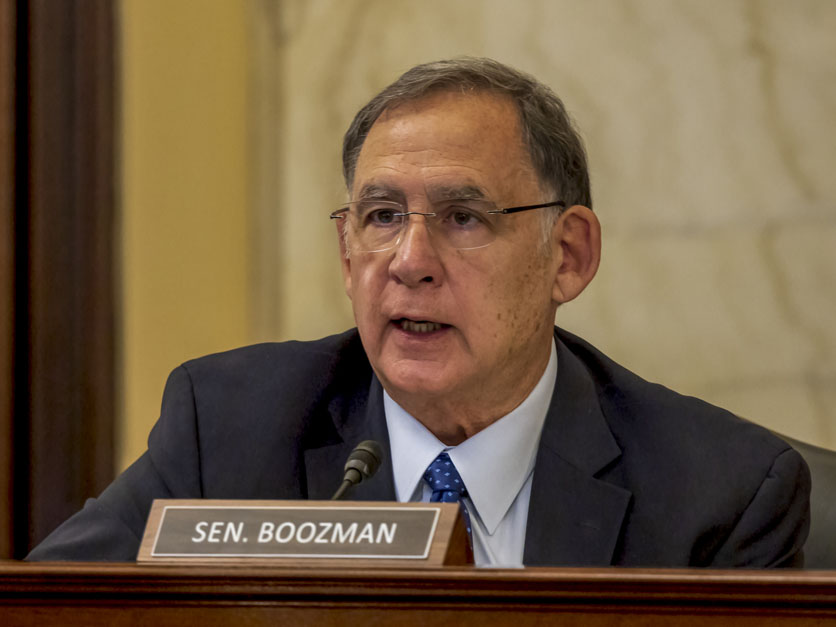 She said the agency needs to consider congressional demands when designing applications. For Rural Development’s meat and poultry processing expansion program, for instance, applicants are required to submit a feasibility study to make sure that they have a good chance of staying in operation for 10 years.

“Sometimes that complexity that we’re asking for in an application is a response to conversations in Congress about making sure that our investments are worthwhile,” she said.

Bennet suggested putting together a task force to study the issue, after Torres Small suggested the senators reach out to technical assistance providers, state and local officials and nonprofits, in addition to Rural Development staff when finding ways to simplify the application process. Committee Chairwoman Debbie Stabenow, D-Mich., said a task force was “an excellent suggestion.”

Sens. Ben Ray Luján, D-N.M., and Tommy Tuberville, R-Ala., also brought up the possibility of modifying the definition of “rural” that USDA follows when implementing programs. Torres Small said the criteria can differ by program.

The Community Facilities Direct Loan and Grant Program, for instance, defines “rural” as an area with no more than 20,000 residents. In contrast, the ReConnect grant and loan program for rural broadband balances the density of a population with the distance they need to travel to other populated areas.

Luján expressed concern that communities in the western United States that encompass large swaths of land often get left out of disaster aid because they fall outside of the “rural” definition.

“As we point out all the time, our county boundaries are larger than some states and our ranches are as large as counties in other parts of America,” Luján said. “But when a disaster hits a state like ours with these really large boundaries, we get left out because the definitions don’t catch us.”

Torres Small, a former New Mexico congresswoman, said it is challenging to juggle the complexities of individual places when trying to decide what is rural and also what an “unincorporated” area is. Density-based measurements may be different in western communities with large distances between populated communities, she said.

Another topic of discussion at the hearing was the USDA’s BioPreferred Program, which requires federal agencies and contractors to purchase biobased products. It also allows biobased product manufacturers to certify their products with the USDA.

Christophe Schilling, the founder and CEO of bio-based manufacturing company Geno, urged the committee to ensure federal agencies comply with the procurement requirements laid out through the program, as well as tracking the percentage of procurement each year to make sure the government is meeting current requirements. He also pressed the senators to ask the USDA, the Commerce Department and the Office of Management and Budget to establish NAICS codes for bio-based products to improve procurement tracking.

Torres Small said the USDA is working with the Census Bureau on the potential for tracking bio-based product purchases through NAICS codes.

Herring also asked the committee to raise the population limit for the RUS Water and Wastewater Direct Loan Program. The limit is now 10,000 people.