WASHINGTON, Jan. 24, 2017 – Whether it’s whistling in the dark or confidence based on past achievements and bipartisan Senate support, one biofuels policy insider expects biodiesel and other advanced biofuels to continue their rapid growth. 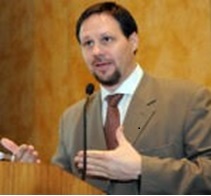 The confidence expressed by Larry Schafer, founder and CEO of the government relations firm Playmaker Strategies, comes despite the fact that at the same moment Donald Trump was sworn in as the 45th president on Friday, the White House website archived all the Obama administration’s energy and climate change documents and instead posted Trump’s “America First Energy Plan.”

In sharp contrast to Obama administration plans, the Trump energy plan commits to “eliminating” Obama’s court-stayed Clean Power Plan that was designed to limit power plant carbon emissions for the first time. Trump’s newly announced energy plan also commits his administration to “embrace the shale oil and gas revolution to bring jobs and prosperity to millions of Americans,” to unleash “the estimated $50 trillion in untapped shale, oil, and natural gas reserves,” and “to clean coal technology, and to reviving America’s coal industry.”

One irony in the administration’s cross-purposed commitments is that boosting U.S. natural gas production will make it even harder to revive the ailing coal industry. That’s because the primary reasons for closing coal mines and coal power plants have been already low natural gas prices and the fact that it’s far cheaper and quicker to build a natural gas power plant or renewable energy facility than a coal plant.

Boosting natural gas production is virtually guaranteed to drive prices even lower and make coal increasingly uncompetitive. In a related case of trying to hold back the tide, Wyoming legislators have introduced legislation to limit the growth of wind and solar power, ignoring the fact that it’s natural gas and basic economics, not renewable energy, that present the greatest challenge to coal for at least the near term.

Schafer says he’s confident of success because, first of all, “We had to do the same job with the last administration and we spent eight years getting them up to speed.” He says that as a result of that successful effort, biofuel industry stakeholders are well prepared to conduct the major educational and lobbying effort needed to make the Trump administration aware of “the benefits of biofuels.”

Promising to do whatever it takes “to get the new team as engaged on the issues as the old team was,” Schafer says a second reason for confidence is that “we have a great story to tell and we think that in the end we will be successful.”

Schafer’s third reason is that there is bipartisan support in the Senate for boosting biofuels use. He notes that 14 members of the Senate Environment and Public Works Committee “are favorable toward advanced biofuels and biodiesel” and that “40 senators signed a letter to increase advanced biofuels volumes.” With that solid Senate support and a biofuels industry track record of ensuring that “the folks at EPA have the resources they need to do their jobs,” he’s optimistic that the Trump administration will moderate its initial plans to cut back sharply on renewable energy programs, spending, and staffing at EPA and the Energy Department.

Schafer’s final reason is about timing. The administration has come out of the gate with commitments to boost fossil fuels while eliminating programs like the Clean Power Plan that support renewables. In response, Schafer welcomes the fact that under the Renewable Fuel Standard mandating biofuels use, EPA has until Nov. 30 to finalize its volume requirements for 2018, providing time for ideological tempers to cool. “We’ve got another 10 months of this process to go through,” Schafer says, “and the Senate will be heavily engaged in that process.”

“The biofuels industry has always worked extremely hard and been very focused on its goal of increasing renewable volume obligations,” he explains. “There will be a lot of energy focused on that volumes issue in 2017.”

Schafer knows that the biofuels industry and supportive House and Senate members have hard work to do over the coming months to protect biofuels’ past gains and maintain the industry’s growth. He sees increased natural gas, oil and coal use as a challenge. Yet he also highlights new opportunities including tax reform proposals. He says that “if stakeholders play their cards well, the tax code will have a biodiesel and renewable diesel tax incentive that is targeted to support domestic production. Look for industry to float a long-term transition plan consistent with this objective during the tax reform debate.” 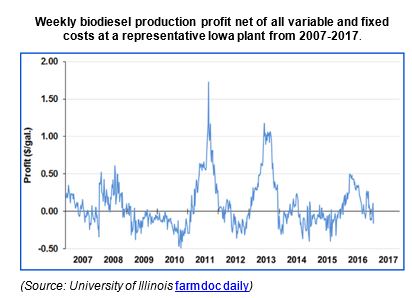 Schafer concludes that “biodiesel and renewable diesel producers cannot take anything for granted. Stakeholders will have to be engaged in a proactive, constructive manner if they want to see increasing volumes of biodiesel, renewable diesel and other Advanced Biofuels consumed in the U.S.”