WASHINGTON, Feb. 1, 2017 - In rapid-fire votes Tuesday, the Senate Energy Committee voted 16-6 for confirming Rep. Ryan Zinke, R-Mont., as Interior Secretary and 16-7 for former Texas Gov. Rick Perry to become Energy Secretary. The bipartisan committee votes are expected to lead to speedy confirmation of the two Trump cabinet nominees by the full Senate as early as this week.

The same bloc of Republicans voted in favor of Perry's nomination to lead DOE in a vote of 16-7. Democrats supporting Perry were Manchin, Cortez Masto, and Sen. Debbie Stabenow, D-Mich. Again, King supported the nominee.

It was only after the two votes that the committee’s top Democrat, Maria Cantwell of Washington, delivered an impassioned call for the Trump administration to respect science and understand that clean energy sources rather than fossil fuels offer the greatest opportunities for job growth.

Committee Chair Lisa Murkowski, R-Alaska, focused her brief remarks on welcoming her committee’s bipartisan approach to energy issues and congratulating Zinke and Perry for winning the committee’s endorsement. “I look forward to partnering with Congressman Zinke and Gov. Perry, who will lead departments that contribute significantly to our nation’s economic prosperity and national security,” she said.

Murkowski added that she is eager to work with Zinke “to restore balance and trust to the management of our public lands, and with Gov. Perry to address high energy costs in rural Alaska, among other challenges.”

Cantwell got far more specific in her comments that explained why she voted against both nominees. “It is important that we speak about what is going on with the Trump administration as it comes to energy and environmental policy,” she said. She warned against allowing the new administration to reverse the shift from fossil fuels to clean energy – a shift that she said has already created “more choices, lower energy bills, and . . . an opportunity for very robust job creation.”

As one example of what’s at stake in dismantling key programs, Cantwell said “The Energy Department’s energy efficiency programs and standards are expected to save consumer businesses and individuals $2 trillion on their utility bills by 2030 while reducing carbon pollution by at least 3 million metric tons.” 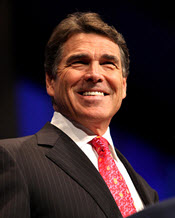 On Perry’s nomination, Cantwell said she welcomed his support for wind energy while he was Texas governor. But she added that “he also chose to spend much of his agenda trying to add 11 new coal plants and suing EPA at every chance he could.”

Sen. Ron Wyden, D-Ore., said he abstained from voting on Rep. Zinke, citing recent news reports indicating Zinke may be interested in moving the management of all the nation’s forests into the Department of the Interior, including those currently managed by the U.S. Forest Service.

“After sixteen years, two administrations, and at least two different management plans, the Department of the Interior has yet to successfully implement a management plan for the 2.6 million acres of the O&C forests (Oregon and California Railroad Revested Lands). If he is confirmed as Interior secretary, Representative Zinke should focus first on managing these forests rather than forcing our communities to wait years for the administration to reorganize forest management. Instead of wasting time and taxpayer dollars, what’s needed is effective, balanced forest management. The U.S. Forest Service, which manages 193 million acres, already faces a major backlog in forest management.

Wyden said he needed more answers about Zinke’s forest priorities before he could support Zinke's nomination when it reaches the floor.

President Trump expressed frustration about the entire process in a tweet Monday night: “The Democrats are delaying my cabinet picks for purely political reasons. They have nothing going but to obstruct. Now they have an Obama A.G.”