WASHINGTON, Feb. 8, 2017 - Say hello to the new members of the House Agriculture Committee. At a business meeting last week, Chairman Mike Conaway welcomed the rookies, six Republicans and six Democrats. Speaking at the Crop Insurance Industry Convention earlier this week, ranking member Collin Peterson said the new Democrats “all lobbied hard to be on the committee. They all wanted to be there.”

Here are the Republican newcomers:

James Comer, 44, is a former Agriculture Commissioner in his home state of Kentucky where he represents the state’s 1st Congressional District. He operates Comer Family Farms, one of largest farming operations in south-central Kentucky. According to his website, he was regarded as “one of the most conservative, pro-business legislators” during his six terms in the Kentucky State House. Comer was elected Ag Commissioner in 2011, and went on to lead a successful effort to legalize industrial hemp. The Western Kentucky University alum ran for governor in the 2015 GOP primary, losing by less than 100 votes to Matt Bevin. 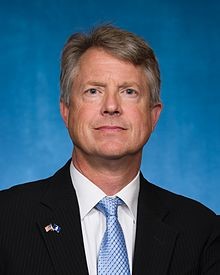 Roger Marshall, 56, was elected in 2016 to represent Kansas’ “Big 1st” District, which encompasses more than half the state, including Manhattan, Salina and Dodge City. It is considered one of the most conservative districts in the country. An obstetrician, Marshall says on his website that he has delivered more than 5,000 babies, giving him a “deep appreciation for the sanctity of life.” Marshall was raised on a family farm and served seven years in U.S. Army Reserves. Marshall will be the only Kansas representative serving on the House Ag Committee. In a recent Agri-Pulse interview, Marshall spoke about getting to work on the farm bill, and emphasized the importance of having a safety net, with commodity and cattle prices near all-time lows.

Don Bacon, 53. Raised on a Midwest farm, Bacon was elected to represent Nebraska’s 2nd District. A retired Air Force brigadier general, the Northern Illinois University grad is the highest ranking retired officer currently serving in the House. Wikipedia says he’s the only Republican to defeat an incumbent Democrat in the 2016 House elections. During his almost 30-year Air Force career, he worked mostly in the intelligence, electronic warfare, reconnaissance and public affairs career fields. From 2014-2015 he served on the staff of Rep. Jeff Fortenberry of Nebraska, working as his military adviser. From 2014-2017 he was assistant professor at the University of Bellevue. 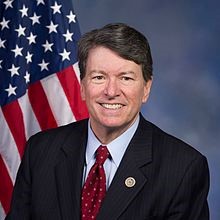 John Faso, 64, is a lawyer (Georgetown Law) who previously served as a Republican leader of the New York State Assembly. He represents the state’s 19th District, which includes the Hudson Valley and the Catskills. He unsuccessfully ran for governor in 2006. Faso spent three years as a member of the control board working to fix the financial and managerial issues with the City of Buffalo and the Buffalo City School District.

Neal Dunn, who turns 64 on Feb. 16, is a surgeon with 35 years’ experience and a U.S. Army veteran who rose to the rank of major. Dunn represents Florida’s 2nd District, which includes the agriculturally diverse eastern part of the Florida Panhandle. After 11 years of Army active duty, he settled in Panama City where he helped found a urological practice and was a founding chairman of Summit Bank. Dunn holds a bachelor’s degree from Washington and Lee University and an MD degree from the School of Medicine and Health Sciences at George Washington University.

Jodey Arrington, 44, whom Conaway calls “my friend and neighbor from Lubbock, Texas,” represents the Lone Star State’s 19th District. Arrington worked in the George W. Bush administration where he was responsible for helping assemble the president’s leadership team in critical areas such as agriculture, water, and energy. He is president of Scott Laboratories Inc., a company responsible for commercializing health care innovations, including a new telemedicine venture. Arrington attended Texas Tech University, earning a B.A. degree in Political Science and a Master’s in public administration.

And here are the Committee’s new Democrats:

Al Lawson, 68, represents Florida’s 5th Congressional District. He served from 2000-2010 in the Florida Senate following 18 years in the state House. Lawson received his bachelor’s degree from Florida A&M University and a master’s in public administration from Florida State University. In 1984, he started a marketing and communications firm in Tallahassee, which publishes Capitol City Black Pages. He is a past chair of the Tallahassee Urban League, and has been actively involved in the Florida State University Alumni Association. 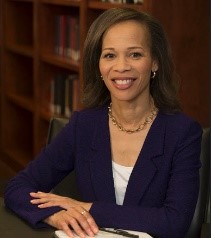 Lisa Blunt Rochester, 55, represents Delaware’s only congressional district. Blunt Rochester, who holds a master's degree in urban affairs and public policy, worked for Tom Carper – now Sen. Tom Carper – when he was a congressman and while he was governor of Delaware. Later, she served as the State Labor Secretary, State Personnel Director and CEO of the Metropolitan Wilmington Urban League. She is the first woman and the first African- American to represent Delaware in Congress and is a member of the Congressional Black Caucus. 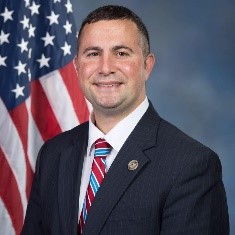 Darren Soto, 39, represents Florida’s 9th Congressional District, which consists of all of Osceola County and parts of Orange and Polk counties. Prior to being elected to Congress, Soto worked as an attorney, served four years in the Florida Senate and five in the state House of Representatives. Soto holds a bachelor’s degree in Economics from Rutgers College and a law degree from George Washington University Law School. 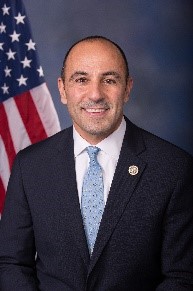 Jimmy Panetta, 47, represents California's 20th Congressional District. A lawyer and a son of Democratic icon Leon Panetta, he served in the U.S. Navy Reserve and completed a tour of duty in the War in Afghanistan. Panetta worked in the Alameda County prosecutor’s office and as a deputy district attorney in Monterey County. House Democrats selected Panetta to be a regional whip for Northern California, the Central Coast, Hawaii and the U.S. Pacific Islands. He is also a member of the Committee on Natural Resources and the Subcommittees on Water, Power and Oceans and Federal Lands. 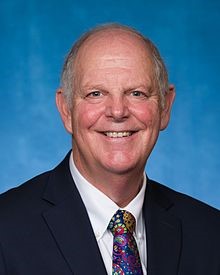 Thomas Charles ‘Tom’ O’Halleran, 71, represents Arizona’s 1st Congressional District, which includes most of the state outside of the Phoenix and Tucson metropolitan areas. A former Chicago policeman, O’Halleran served in the Arizona House and Senate as a Republican. In 2014 he resigned from the GOP, citing disagreement with the party’s policies on education, water and child welfare. After leaving the Arizona Legislature, O’Halleran hosted a radio show in Sedona.

Dwight Evans, 62, represents Pennsylvania’s 2nd Congressional District, which includes a big chunk of Philadelphia. Last year, he won the congressional seat vacated by Chaka Fattah, who resigned in the face of corruption charges. Evans was elected to the Pennsylvania legislature at the age of 26 and spent 36 years in the state House. A former teacher and job developer for the Urban League, he is the creator of a program in Pennsylvania that worked to open grocery stores selling healthy foods in so-called “food deserts.”