House Democrats have named the key subcommittee leaders who will play critical roles in agriculture and food policy, and they range from veterans steeped in past battles to a first-term lawmaker who is a former CIA operations officer.

The freshman chair is Democrat Rep. Abigail Spanberger, who ousted conservative firebrand Dave Brat in a Virginia district that runs from the Richmond suburbs, where she lives, through a rolling rural region just south of the Washington metropolitan area.

Spanberger will chair House Agriculture’s subcommittee on conservation and forestry, which means she will be in a position to oversee implementation of the 2014 farm bill’s overhaul of major conservation programs, including the Conservation Reserve Program, Environmental Quality Incentives Program and Conservation Stewardship Program.

She got the position for the simple reason that she was next in seniority after all the members ahead of her either took other subcommittees or got positions outside House Ag, said House Agriculture Chairman Collin Peterson, D-Minn.

Her district has been reliably Republican — President Donald Trump carried it 50-44 percent — so the leadership position with House Ag could help her reach out to rural voters who favored Brat in the 2018 race.

Although a first-term member, she already ranks ninth in seniority on House Ag, a reflection of how many committee Democrats are either new or are serving on the panel with the benefit of waivers. (Members who won seats on certain, highly coveted committees such as Ways and Means or Appropriations need waivers to retain seats on Ag.)

“Americans have a long tradition of supporting their natural resources, and we have a duty to preserve them for generations to come,” Spanberger said of the Ag subcommittee chairmanship. “I look forward to improving our nation’s conservation research efforts, strengthening our watersheds, and making sure our soil is healthy for the next generation of farmers.”

Peterson, who was first elected to the House in 1990, has said repeatedly that he plans to give subcommittee chairs more authority than they have had in recent years and is making it a priority to groom new leaders for the committee who understand agriculture policy.

Ohio Rep. Marcia Fudge, who will chair the Subcommittee on Nutrition, Oversight and Department Operations, will decide on what issues her panel will focus, said Peterson. The chairmanship will position Fudge to push back on Agriculture Secretary Sonny Perdue’s effort to tighten work requirements and eligibility rules for the Supplemental Nutrition Assistance Program. 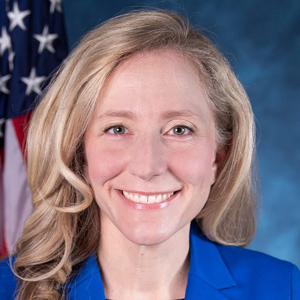 One of the new chairs is a territorial delegate, Stacey Plaskett of the U.S. Virgin Islands, who can vote in committee but not on the House floor. She will chair the Subcommittee on Biotechnology, Horticulture and Research, which has oversight of support programs for fruit and vegetable production as well as USDA research programs and biotech policy.

The other Ag subcommittee chairs are:

The Republican ranking members of the subcommittees have not been announced yet.

Several other subcommittees also will be important to agriculture policy in the new Congress. Those leaders include:

The ranking Republicans on those panels are Michael Burgess of Texas on Health, Fred Upton of Michigan on Energy and John Shimkus of Illinois on Environment and Climate Change.

Leaders of the House Agriculture Appropriations Subcommittee, which controls the budgets of USDA and FDA, are Chairman Sanford Bishop of Georgia and ranking member Jeff Fortenberry of Nebraska. The Interior-Environment Subcommittee, which has jurisdiction over the Interior Department and EPA, is led by Chairwoman Betty McCollum of Minnesota and ranking member Ken Calvert of California.