WASHINGTON, Feb. 17, 2017 - Texas-based Energy Transfer Partners received final approval from the Army Corps of Engineers last week to lay pipe under a Missouri River reservoir in North Dakota and complete the 1,200-mile pipeline, which would move North Dakota oil to a shipping point in Illinois. 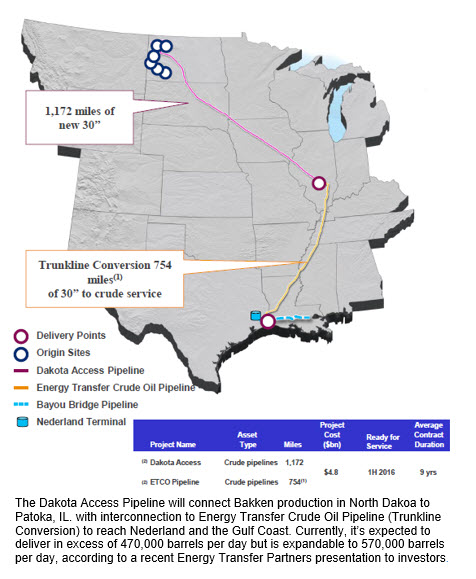 The release of the easement by the Army Corps follows a directive from President Donald Trump to the Department of the Army and the Army Corps to take all necessary and appropriate steps that would permit construction and operation of the Dakota Access pipeline, including easements to cross federal lands.

The Standing Rock and Cheyenne River Sioux Tribes asked for a temporary restraining order that would halt work on the disputed section of pipeline until their lawsuit seeking to stop it is resolved. But on Monday, a District of Columbia federal judge turned down their request to temporarily block construction.

U.S. District Judge James Boasberg said there would not be any immediate risk of harm because oil is not yet flowing through the pipeline. But he also ordered the company to provide weekly updates on when oil is expected to flow. And he set a Feb. 27 hearing date on whether to issue a preliminary injunction at that time.

In the meantime, the tribes are expected to fil additional legal actions to stop the pipeline. The tribes may file a new, broader motion in the next couple of day seeking partial summary judgment under the National Environmental Policy Act, Clean Water Act and Administrative Process Act.