WASHINGTON, Mar. 15, 2017 - Even amid an uncertain trade environment, farm groups will look to the upcoming farm bill to secure more funding to promote U.S. agricultural products to foreign buyers.

Supporters of USDA’s Foreign Market Development (FMD) program and Market Access Program (MAP) will push to double funding for the initiatives in the farm bill. Both programs have been at their current funding level – $200 million per year for MAP, $34.5 million for FMD – for more than a decade, with each receiving their most recent boost in the 2002 Farm Bill. Those funds are matched – and frequently exceeded – by groups looking to promote their commodities overseas, but promotion by other countries surpasses what the U.S. offers.

According to information from the Wine Institute, the European Union spends more just on international wine promotion – $259 million in 2014 – than the U.S. spends on promotion of all agricultural products through MAP and FMD. Other stakeholders say total EU ag product promotion rings in somewhere around $700 million annually, dwarfing the matching funds that top out at $234.5 million in the U.S.

“I think these programs are needed now more than ever,” Scott Shearer, who heads up the coalition behind FMD, told Agri-Pulse. “Trade agreements give you the right to compete, but you still need these programs to make the sales.”

Shearer points out that since the programs received their last financial boost, inflation has decreased the purchasing power of the allocated dollars. Specialty crops have also started using the program in greater abundance, only further stretching the available funding.

The programs have been generally popular on Capitol Hill, but, as is the case with most issues before Congress, the support isn’t unanimous. Far right Republicans, and some far left Democrats, have opposed the measures on a matter of principle, wanting the government to get out of the business of agriculture.

“Before we get an increase, we need to hang on to what we have, and there’s a lot of people that are looking at these programs and trying to cut them, but we need to get an increase,” Jon Doggett, executive vice president for the National Corn Growers Association, told NCGA members recently at Commodity Classic.

Nevertheless, supporters are confident they have the backing on Capitol Hill for an increase, but they have to wait and see what kind of funding is available for the new farm bill. Even as programs remain popular among key lawmakers, their popularity can only take them so far in a tight fiscal environment.

“What we’ve been trying to do in the last year, was to do our homework, build our case, and really do as much as we can possibly do to show the need for additional funding,” Jay Howell, who manages the MAP coalition, the Coalition to Promote U.S. Agricultural Exports, said in an interview with Agri-Pulse. There’s no concern about failing to meet the expanded matching funds, Howell says, because the participants in the program are already exceeding what USDA’s Foreign Agricultural Service can match.

Capitol Hill is also beginning to hear the results of new research. In February, a House subcommittee hearing included testimony from Gary Williams, an agricultural economics professor and co-director of the Food, Agribusiness and Consumer Economics Research Center at Texas A&M University. Williams touted the effectiveness of USDA’s export market development programs. Specifically, he cited a 15.3 percent added annual average to the value of U.S. ag exports, an 8 percent increase in volume of those exports, and a 6.7 percent increase in the aggregate price of U.S. ag exports. 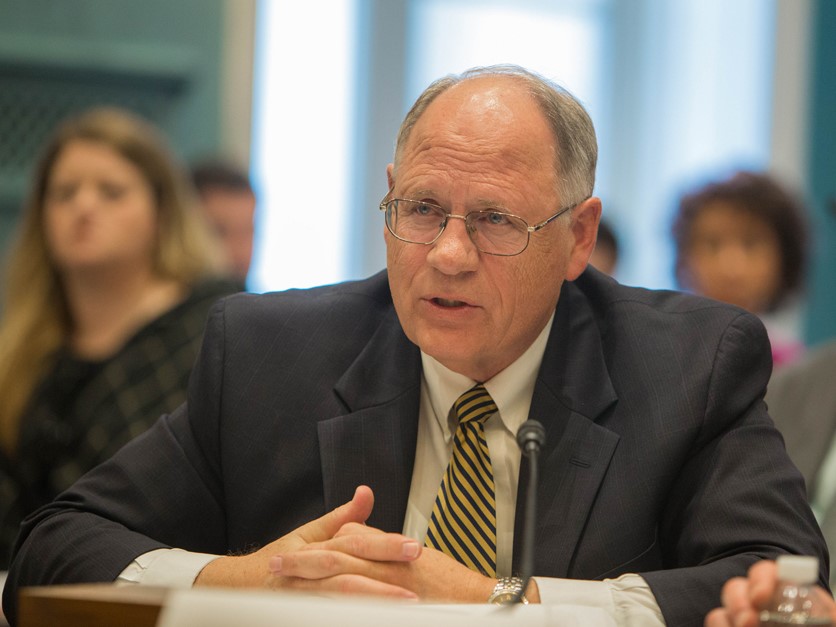 The push also has the backing of major ag groups. At the recent Commodity Classic, the American Soybean Association and National Association of Wheat Growers both voted to support doubling the funding. NCGA delegates also voted to support an increase, but, like the already established policy for the National Sorghum Producers, kept specific amounts out of their policy book.

The groups will have to carry the water for an increase on Capitol Hill due to the fact that the groups that receive MAP and FMD funding are often also supported by checkoff funds and thus, cannot lobby. That means soybean export promotion is actually done by the U.S. Soybean Export Council, wheat by U.S. Wheat Associates, and sorghum and corn by the U.S. Grains Council. Numerous other groups such as the U.S. Meat Export Federation, U.S. Dairy Export Council, and the Cotton Council International also receive MAP and FMD funding.