Both ARC, PLC get backing of farm groups for next farm bill

WASHINGTON, March 29, 207 - Grain and oilseed growers agree that the Agriculture Risk Coverage (ARC) program should be continued in the next farm bill, even if farmers are expected to switch wholesale to Price Loss Coverage (PLC) when the current bill expires. But there’s less agreement on how and whether ARC should be revamped to increase the prospects for payments in coming years.

A joint statement signed by the American Farm Bureau Federation, National Farmers Union and groups representing corn, soybean, wheat, canola, sunflower and barley growers calls for retaining both ARC and PLC and keeping them based on base, rather than planted, acres.

The statement calls for making the two programs created by the 2014 farm bill “more effective and fairer to all farmers.” It doesn’t lay out any details of how the programs should be changed, and a House Agriculture subcommittee on Tuesday suggested that those ideas are still evolving. A footnote on the statement says that the National Cotton Council, Southern Peanut Farmers Federation and USA Rice participated in the policy discussions “but do not have sufficient policy yet to support these provisions.”

Here is a look at where the grain and soybean groups stand on commodity title issues: 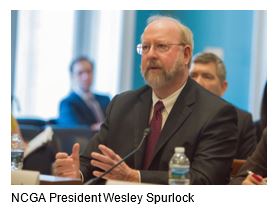 Corn - Corn growers have been the biggest beneficiaries of ARC, collecting $4.1 billion in fiscal 2017 out of the $5.9 billion being paid out under the ARC county option. The National Corn Growers Association says the ARC formula needs to be changed, but the group is having various options analyzed, including different ways to calculate annual yields, before proposing alterations to lawmakers. Among the group’s ongoing concerns are disparities in county payments.

With “small tweaks,” both ARC and PLC “will be able to make these viable for the next five years,” said NCGA President Wes Spurlock of Stratford, Texas.

Soybeans - The American Soybean Association offered a few more specifics to the committee for ARC. The group says ARC should be based on the Risk Management Agency’s county yield data, when available, rather than data from National Agricultural Statistics Service surveys. The group also suggests increasing the number of years used in calculating the revenue guarantees. Under current law, a five-year Olympic average is used, meaning that the highest and lowest years during the previous five-year period are dropped when calculating the average. 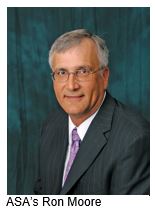 ASA also wants to move up the payment dates for ARC. As a cost-saving measure, the 2014 farm bill delayed payments until the next fiscal year after the affected crop year. That means that farmers won’t get ARC payments for 2016 until this October. Payments for this year won’t be made until October 2018. “It’s hard to know today when I go to my bankers what I’m going to get in October of ’18. Since we don’t know, it can’t be included in our cash-flow calculations,” Moore told the subcommittee.

NAWG also wants to alter crop insurance so that quality discounts are no longer factored into a producer’s Actual Production History (APH). Farmers in Washington, Idaho and Oregon were hit hard last year when their crops rated low on the “falling numbers” test, a gauge of quality for making flour.

Cotton wasn’t the focus of the hearing, but it’s going to be a major priority for the committee. House Agriculture Chairman Mike Conaway, who attended the hearing, took exception to a statement in ASA’s testimony that indicated the group would support adding cottonseed to PLC and ARC so long as that would comply with WTO rules.

Conaway demanded to know from Moore whether that was a “gratuitous comment” or whether ASA was “legitimately concerned” there could be a WTO challenge. “Why did you stick that in there?” Conaway asked. Moore replied, “We want to make sure everything we do in agriculture is WTO compliant.”

Since cottonseed, unlike cotton fiber, is seldom exported, cotton growers argue that Brazil is less likely to challenge subsidies for cottonseed than fiber. The concern outside the industry is that  Brazil could head to the WTO if subsidizing cottonseed encourages increased U.S. cotton plantings.