Dairy producers look to get in on new risk management tools

WASHINGTON, March 29, 2017 - Milk producers searching for ways to cope with sluggish profits and price volatility have set their eyes on a program that’s currently closed to them – federal crop insurance. That could change if USDA goes along with an insurance proposal that the American Farm Bureau Federation will propose in concept form next week to USDA’s Risk Management Agency. 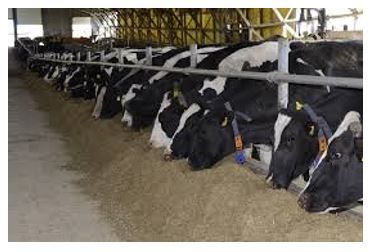 The Farm Bureau wants to launch a revenue protection policy known as Dairy-RP that would be subsidized along the lines of traditional revenue policies for corn, soybeans, wheat and other row crops. Milk producers could buy an RP policy to guarantee their quarterly revenue based on the amount of production they want to cover and a blend between prices for Class III and Class IV milk. (Class III milk is used for cheese; Class IV for butter and dried forms.)

There’s one big obstacle to getting this policy approved: RMA doesn’t recognize milk as an eligible commodity under crop insurance. Milk producers argue that it should be, and the National Milk Producers Federation joined the Farm Bureau and the National Farmers Union in sending a letter to the department March 21. “USDA would be well within its authority to determine that livestock and the products that livestock produce are two distinct and different types of commodities,” the letter says.

Designating milk as an eligible commodity for insurance would sidestep critical restrictions in an existing livestock insurance product, Livestock Gross Margin, which covers the difference between milk futures prices and feed costs. Producers can’t buy LGM-Dairy policies if they also participate in the Margin Protection Program, which was created by the 2014 farm bill, and LGM is capped at $20 million annually.

Because the Dairy-RP policy would be a traditional crop insurance product, there would be no cap on cost, and producers could continue to participate in MPP, which National Milk hopes to improve in the next farm bill.

MPP is fundamentally different than the proposed Dairy-RP policy because the farm bill program triggers payments to farmers when the difference between the national average milk price and the average cost of feed falls below a certain level. Coverage at the minimum, $4-per-hundredweight level, costs just $100 a year. Coverage can be purchased for higher fees up to $8 per hundredweight, but few producers do.

National Milk has asked for a series of changes in MPP to make it more likely to provide payments and to lower fees, but the plan is already running into cost issues. The most important change – increasing the feed-cost formula used to calculate margins – would cost more than $2 billion over 10 years, according to a Congressional Budget Office estimate provided to the House Agriculture Committee.

Another important difference between the proposed insurance policy and MPP: As with traditional crop insurance, there would also be no limit on the amount of production that farmers could cover under the Dairy-RP policies. Under MPP, large farmers must pay higher fees for buy-up coverage.

National Milk is asking Congress to lift the $20 million limit on LGM-Dairy as part of the next farm bill, but any new spending in that legislation is likely to require cutting somewhere else to find the money. Covering milk under crop insurance gets around that problem, supporters say. Because USDA is already authorized to consider new crop insurance products, no congressional authorization or new funding source would be needed for the proposed Dairy-RP, according to the Farm Bureau.

Farm Bureau economists argue that it’s only fair for milk producers to have access to crop insurance as well as MPP, similar to the way grain and oilseed producers have both commodity program options as well as crop insurance. Plus, producers pay premiums to share in the risk.

The 50-page concept plan that will be filed with USDA next week will go before the board of the Federal Crop Insurance Corp. If the board gives its OK, the Farm Bureau would then file a more detailed proposal. The earliest the policies would likely be available is in 2019.

Farm Bureau representatives have held meetings with producers in Idaho, Illinois, Pennsylvania, New York and Virginia and also conducted an on-line survey to gauge producer interest. “The feedback has been very positive,” said John Newton, an AFBF economist who has worked on the proposal. “Only 10 percent (of those surveyed online) said that this is not something that they need,” he said.

Under a Farm Bureau example of how the Dairy-RP policy would work, a producer who bought a quarterly policy covering 4 million pounds of production at a blended price of $16.18 per hundredweight would have expected revenue of $647,200. A 90-percent Dairy-RP policy would then provide a payment if revenue during the three-month period fell below $582,480, or 90 percent of the expected revenue. Indemnities on a 70-percent coverage would kick in at $453,040.