US ranchers hope for beef breakthrough in Trump-Xi summit

WASHINGTON, April 5, 2017 - Six months after Chinese Premier Li Keqiang announced China’s intention to lift its ban on U.S. beef, the two countries remain far apart on a deal that would actually open up trade, according to government and industry officials.

Hopes are high that President Trump will be able to break the logjam when he meets this week with Chinese President Xi Jinping in Florida, but even if the two leaders agree, there will still be a lot of work remaining to restore trade.

There has been a flurry of talks recently between the U.S. and China over resuming trade, but U.S. government and industry officials say it’s still unclear what concrete steps are needed before U.S. exporters can ship beef to China. The world’s biggest country was one of many nations that banned U.S. beef in December 2003 after the U.S. confirmed its first case of mad cow disease. Most countries have lifted their bans, with China being a notable exception.

China has recently renewed demands that the U.S. implement a traceability system for its cattle, but it’s unclear exactly what the country will accept.

If the Chinese insist on a verification system that requires ranchers and meatpackers to maintain records that can trace back a shipment of beef to the ranch where the originating animal was raised, that’s something the U.S. industry has so far been unwilling to buy into. USDA attempted to construct a mandatory, nationwide livestock ID system more than 10 years ago, but scrapped the project, which had been rejected by much of the industry.

“The U.S. does not have a mandatory traceability program and, as producers, we don’t want one,” said Kent Bacus, director of international trade for the National Cattlemen’s Beef Association (NCBA). “It didn’t work when the government tried to implement it years ago, and unless the traceability is voluntary and there’s an economic incentive to do it, there’s really no reason to put that additional burden on producers.” 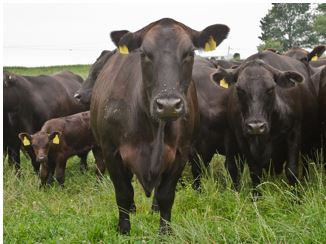 Meanwhile, USDA officials say they continue to engage Chinese officials in Beijing and Washington over what China is demanding before it lifts its ban on U.S. beef.

So far, however, China has not even proposed protocols that would set conditions for trade to resume, one USDA official told Agri-Pulse. Furthermore, a team of Chinese officials from the country’s General Administration of Quality Supervision, Inspection and Quarantine (AQSIQ) visited several U.S. slaughterhouses last year to conduct an official risk analysis. The AQSIQ – China’s version of USDA’s Animal and Plant Health Inspection Service (APHIS) – still has not released the results of the analysis, the USDA official said.

Jess Peterson, a spokesman for the U.S. Cattlemen’s Association (USCA), said there is plenty of motivation for U.S. ranchers to work with USDA.

“We as the industry have to step up with a set of recommendations as to what will and what will not work to take advantage of this opportunity,” Peterson said.

Chinese president’s visit raises hope for US rice, beef producers
Ag trade remains key for US negotiators ahead of Trump-Xi meeting
Trump-Xi showdown may be turning point for US-China trade

A mandatory traceability system may not be necessary, though, according to a U.S. government official who told Agri-Pulse that U.S. negotiators are considering offering China some form of export verification (EV) program tailored just to U.S. producers who sign up to export beef to China. USDA already operates several EV programs that allow producers to meet the unique needs of importers in the European Union, Asia and elsewhere.

And the incentive for restarting trade is clear: China’s beef consumption is rising rapidly. The country has become the second-largest beef importer in the world, and it’s getting that meat from Australia and other countries.

In fact, the Chinese premier and Australian Prime Minister Malcolm Turnbull signed an agreement just last week to expand the two countries’ free-trade pact and allow in more beef, according to an Associated Press report. “Australia is the only country in the world with this market access,” Turnbull was quoted as saying. “This new agreement will drive significant future growth.”

China has been buying about $2.6 billion worth of beef annually in recent years, according to NCBA data, and that’s a lot of business the U.S. is missing out on. That’s why the NCBA and others are asking Trump to confront Xi on the ban when the two leaders meet this week at Trump’s private Mar-a-Lago resort in Palm Beach.

“We believe that access to the large and growing Chinese beef market is essential to the future health of the U.S. beef industry,” NCBA, the U.S. Meat Export Federation and the North American Meat Institute said in a letter to Trump ahead of the Xi meeting. “We understand that you have many important issues to discuss with President Xi, but we strongly encourage you to take this important opportunity to convey the urgent need for China to reopen its market to U.S. beef.”

The Mar-a-Lago summit could be a watershed for the negotiating process, said one beef industry representative. An assurance from Trump that the U.S. is finalizing a federal rule to allow for the importation of Chinese chicken could make a huge difference, the industry source said.

It’s widely believed by both U.S. industry and government officials here that as soon as the U.S. approves Chinese chicken for importation, the country will begin to make it much easier for the U.S. to export its beef there.

And it won’t take much of an effort to allow in Chinese chicken. USDA’s Food Safety and Inspection Service announced about a year ago that some Chinese chicken from several approved slaughterhouses is fit to be exported to the U.S.

USDA officials have told Agri-Pulse that the proposed federal rule to allow in the chicken was finished late last year and is ready to be published in the Federal Register.