WASHINGTON, April 5, 2017 - School food service directors, who say they’ve been struggling to meet increased nutrition standards that have boosted food costs, are looking for some help in the next farm bill. Hundreds of school nutrition officials were on Capitol Hill Tuesday urging lawmakers and their aides to support earmarking $140 million in annual funding to buy commodities for school breakfasts. 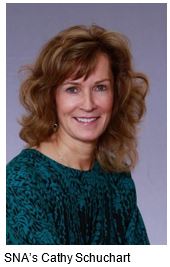 That farm bill funding would be the equivalent of 6 cents per meal. USDA currently helps defray the cost of school meals both through direct reimbursement and through the supply of commodities for lunches. USDA doesn’t provide commodities for breakfast. Foods provided by the department account for about 15 to 20 percent of lunches.

Participation in the school breakfast program has been increasing steadily in recent years even as schools have seen some slippage in school lunch demand. An average of 14.5 million children participated in the School Breakfast Program during fiscal 2016, a 3 percent increase over 2015. That amounts to 30 percent of the children enrolled in schools where breakfast is available. Daily participation in the National School Lunch Program averaged 30.3 million in 2016, about the same as the previous year.

USDA estimated that the new nutrition standards, which include expanded requirements for fruits and vegetables, increased food and labor expenses by 27 cents per breakfast, but schools didn’t receive an increase in federal reimbursement, SNA says.

The farm bill is new turf for the schools. School meal programs receive their authorization through separate bills that fall under the jurisdiction of the Education and the Workforce Committee in the House, rather than the Agriculture Committee, which writes the farm bill. But the last Congress was unable to pass a replacement for the Healthy, Hunger-Free Kids Act of 2010, and there is little chance of a new child nutrition bill passing during the current Congress either. That means there likely won’t be a new nutrition bill until 2019 at the earliest.

Cathy Schuchart, SNA’s staff vice president of government affairs, said SNA ran its latest proposal by about 25 farm groups so they would be aware of the request. “They have been generally very supportive. They do not see a downside to it,” she said. SNA had originally proposed 10 cents in extra spending per meal but scaled the request back to 6 cents to shave the cost. Chuck Conner, president and CEO of the National Council of Farmer Cooperatives and a former deputy agriculture secretary, told SNA members at their annual legislative conference on Monday that the scaled-back request was much more doable. 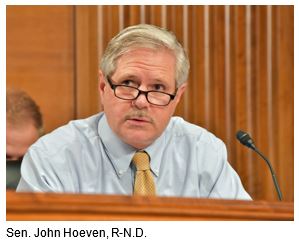 If lawmakers want to accommodate the schools’ request, SNA would add a major new interest group to the farm bill coalition. But there’s already significant demand for new spending for existing commodity programs in the next bill, and SNA hasn’t come up with a way to pay for the extra funding, which would add up to $1.4 billion over 10 years. Schuchart said her group will leave it up to lawmakers to find the money.

Sen. John Hoeven, a North Dakota Republican on the Senate Agriculture Committee, suggested that addressing the existing demands from farmers for farm bill spending will take precedent over the SNA proposal.  “It’s like everything else – we’ve got to find a way to pay for it,” Hoeven said of the SNA request. “I’m open to working on it, but I just have to say right at the outset that in this farm bill we have to make sure the countercyclical safety net works,” he added, referring to the farm programs.

SNA is separately lobbying lawmakers to extend existing relief from whole grains requirements and sodium limits imposed by the Obama administration under the Healthy, Hunger-Free Kids Act. Hoeven, who chairs the Senate Agriculture Appropriations Subcommittee, which writes USDA’s annual budget, said he wants to include the whole grains and sodium provisions sought by SNA in a spending measure that lawmakers hope to pass by the end of this month to fund the remainder of fiscal 2017.

The school nutrition directors expect to appeal to Sonny Perdue for longer-term modifications to the nutrition standards if, as expected, he’s confirmed as agriculture secretary.

Shortly before President Obama left office, USDA’s Food and Nutrition Service announced that it was giving schools another year to comply with sodium reduction targets scheduled for the 2017-2018 academic year. Most schools are complying with the first set of sodium reduction targets, which went into effect July 1, 2014, but some school food authorities and food manufacturers are worried they might not be able to comply with the next target, which becomes effective July 1. The new deadline is July 1, 2018, the FNS said.