WASHINGTON, April 12, 2017 - Congressional Republicans are looking to turn their attention to tax reform in coming weeks, an issue they hope will be easier to reach consensus on than health care. But the only GOP plan that’s on the table so far – offered by House Republicans last year – is making many in agriculture nervous. Neither the White House nor Senate Republicans have yet to propose a plan of their own. 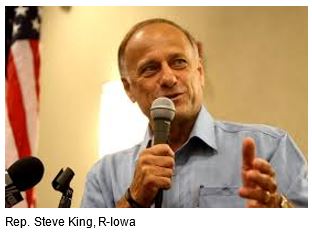 The main concerns among farmers and accountants who specialize in agriculture involve attempts to convert the corporate tax into something like a “value-added,” consumption-based tax and to eliminate the deduction for interest expenses. The latter proposal was roundly criticized at a recent House Ag Committee hearing, both by panel members as well as tax experts. Committee member Steve King, R-Iowa, called it a “hare-brained idea.” Rep. Bob Gibbs, R-Ohio, said it was “ludicrous.”

However, the elimination of interest expense is linked to the proposal to reform business taxes. The House GOP plan attempts to mimic the value-added tax, or VAT, common in other developed countries by making business taxes border adjustable: Business income would be taxed based on where products are sold rather than where they were produced; revenue from domestic sales would be taxed, but income from exports would not. That border adjustability aspect creates its own set of concerns for agriculture because it could raise the price of fertilizer, fuel and other farm inputs that have to be imported.

Republicans are trying to make sure that the border-adjusted tax is legal under World Trade Organization rules, which means making some changes in the way that business expenses are treated. Interest deductions are generally not allowed in VATs and would be considered a special tax subsidy for debt-financed investments, according to Joe Mikrut, a policy analyst with Capitol Tax Partners. Mikrut briefed members of the National Council of Farmer Cooperatives on the GOP tax plan earlier this year.

Disallowing interest deductions is unfair to farmers, who usually have no way to raise capital except to borrow money, Claussen and other tax experts told the committee. Patricia Wolff, who analyzes tax policy for the American Farm Bureau Federation, said the GOP proposal “would make borrowing money harder and more expensive.”

Claussen says lawmakers should consider allowing an exemption for agriculture so that farmers and ranchers could continue deducting interest expenses. The House Ways and Means Committee already is considering doing that for the financial services industry.

So far, jettisoning the border adjustment is a non-starter for GOP leaders. The border adjustment is critical to the Republican tax plan because it would raise more than $1 trillion in revenue over 10 years to offset the cost of slashing corporate and individual tax rates without increasing the federal budget deficit. Deficit neutrality is important because Republicans want to enact the tax changes using the budget reconciliation process. Reconciliation bills can pass the Senate with a simple majority, rather than the 60 votes required to advance most legislation. 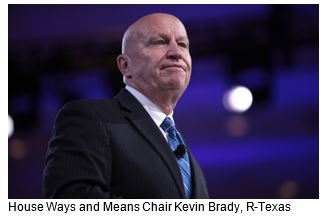 Still, the border adjustment so far has little support in the Senate, which would likely mean finding other ways to raise revenue, and that is where some additional concerns about farm taxation arise. One way to raise revenue is to eliminate cash basis accounting. Another would be to end the step up in basis for inherited assets, which reduces capital gains taxes for heirs when they sell the assets.House Ways and Means Chairman Kevin Brady, R-Texas, told CNBC in an April 4 interview that he remained committed to the border adjustment but he seemed to concede that some changes to the proposal may be considered. “Clearly, we need a very smooth, deliberate transition that recognizes valid concerns about border adjustability but does it in a way that creates certainty and growth,” he said.

Without cash accounting, farmers could be forced to pay taxes on income before they had actually received it, creating cash-flow challenges, Claussen told House Agriculture. Under accrual accounting, a tax obligation is incurred as soon as the taxpayer has a right to receive a payment, even if the payment isn’t accepted for months or years later. Under cash accounting, taxes aren’t owed until the payment is received.

In response to an earlier GOP proposal to end cash accounting, a study by Informa Economics found that forcing farmers to use accrual accounting would increase financial volatility, force them to borrow more frequently and reduce their equity and working capital, Claussen said.

More 30 farm organizations recently sent a letter to the House Ways and Means Committee urging it to keep allowing stepped-up basis and to repeal the estate tax. Eliminating stepped-up basis could sharply increase the capital gains taxes on farmland when heirs sell it. The tax would be based on the increase in value from when the land was originally purchased rather than when the parent died.

“Because farmland typically is held by one owner for several decades, setting the basis on the value of the farm on the date of the owner’s death under stepped-up basis is an important tax provision for surviving family members,” the organizations said in the March 29 letter.

The organizations also urged lawmakers to repeal the estate tax. As long as the tax is on the books it will “continue to threaten the economic viability of family farms and ranches, as well as the rural communities and businesses that agriculture supports,” the letter said.

Repealing the estate tax would directly affect very few farms. Under current law, an estate worth as much as $5.5 million for an individual or $11 million for a couple is exempt from the tax. However, repealing the tax would save estate planning costs. And Wolff says the estate tax can unfairly hit farming operations in areas where land costs are high. The $5.5 million exemption, which increases each year, “does cover most farmer and ranchers, but it doesn’t cover all,” she told the House committee.

Chris Hesse, a Minneapolis-based accountant, argues that the estate planning costs provide no economic benefit. And since the estate tax itself doesn’t raise that much revenue, “it seems like it would be more efficient to the economy to eliminate it so we don’t have the dead-weight losses of planning around it,” he said.