How will the SNAP debate evolve – farm bill or entitlement reform?

The debate over changes to the Supplemental Nutrition Assistance Program is starting to take shape as Congress prepares to write the new farm bill.

The passage of the tax reform bill, which is projected to increase the deficit by $1.5 trillion over 10 years, has raised concerns that Republicans will use the increased red ink to justify slashing Medicare, Social Security and welfare programs, including SNAP.

Even before the bill was passed, House Speaker Paul Ryan, R-Wis., said that welfare reform would be a major priority for the House GOP in 2018.

But Senate Majority Leader Mitch McConnell quickly made clear that Senate Republicans had no interest in pursuing welfare reform. He said at a Dec. 21 Axios event that he "would not expect to see" welfare reform on the Senate GOP’s 2018 agenda. "We have to have Democratic involvement. So things like infrastructure ... to do something in that area we're going to have to have Democratic participation,” McConnell said.

The GOP will hold just 51 seats in the Senate after Wednesday, when Democrat Doug Jones replaces outgoing Sen. Luther Strange, R-Ala. The only chance of passing a highly partisan welfare bill would be to use the fiscal 2019 budget reconciliation, and McConnell clearly has no plans to do that. 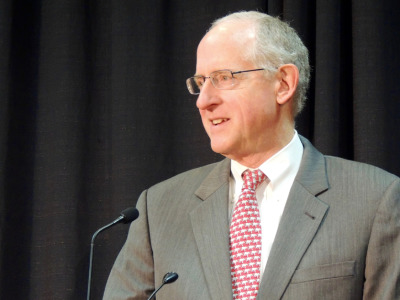 Conaway, who hopes to move a farm bill before the Easter recess in late March, is keeping the wraps on his proposed SNAP reforms. But he says they will focus on strengthening work requirements for able-bodied adults and also seek to get case managers “more effectively involved in people’s lives to get at those root causes” of poverty.

If Conaway is going to maintain some Democratic support for the bill, that means that his SNAP reforms will have to be relatively modest. That would rule out anything close to the cuts proposed last year by leaders of the House Freedom Caucus.

Their bill would take several steps to remove able-bodied adults without dependents (ABAWDs) from SNAP rolls. One provision would reduce the time an ABAWD could be out of work and still receive SNAP benefits from three months in every three years to one month in every three years. Another provision would reduce the number of exemptions to the work requirement that states are allowed.

One idea that’s likely to have bipartisan support – and generate savings that could be plowed back into nutrition programs – emerged just before Christmas in the House-passed bill. The bill included a provision that would expand a pilot program, called the National Accuracy Clearinghouse (NAC), for preventing duplicative SNAP benefits.

The NAC is used to cross-check SNAP participants to locate individuals applying for or receiving duplicate benefits in different states, according to LexisNexis Risk Solutions. The Congressional Budget Office estimates that the provision would save $576 million over 10 years, according to a Senate source. 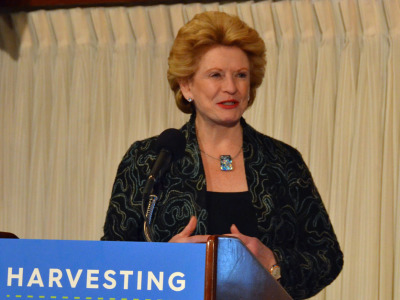 The House bill would use savings from the provision to benefit dairy producers by lifting a funding cap on Livestock Gross Margin insurance. The ranking Democrat on the Senate Agriculture Committee, Debbie Stabenow of Michigan, objected to using the SNAP savings for LGM but she didn’t rule out including it in the farm bill.

“Anything that we’re going to be doing on SNAP needs to be thoughtfully looked at. There’s no way that SNAP dollars should be used to offset any part” of the disaster bill, she said.

Stacy Dean, vice president for food assistance policy at the Center on Budget and Policy Priorities, a progressive research and advocacy group, said “the concept of the NAC is a solid one” but that the savings should be kept within SNAP.

“We think this is a policy best debated – and improved – in the farm bill.  As drafted, the provision has some problems that need to be addressed,” she said.