Home » Soil or not to use soil? Organics debate certification for hydroponics
News Food

Soil or not to use soil? Organics debate certification for hydroponics

WASHINGTON, April 12, 2017 - Can hydroponics – fruit and vegetable growing systems that don’t use soil – be certified as organic farming? The Agriculture Department’s answer is likely coming soon.

USDA, overseer of the National Organic Program (NOP), has been betwixt and between on that question since before the NOP was even created in 2001. USDA has, in fact, parted ways with its own broad-based, 15-member advisory panel, the National Organic Standards Board (NOSB), on the question. The NOSB has long resisted bringing organic certification for hydroponics, while USDA, so far, tilts in favor of such growing systems.

In the meantime, however, look for a battle royal. On one side: rapidly expanding hydroponic operators, who want to ensure permanent access to the USDA organic label and a U.S. organic retail foods market that surged past $40 billion annually two years ago. These include aquaponic and aeroponic operators, as well as bioponic farmers, who use a contained growing system in which plants derive nutrients from biological activity of microorganisms in the water in which they grow.

On the other side: traditional organic producers and processors, backed by the National Organic Coalition and others, who view healthy soil as the essential foundation of organic farming, and who, so far, represent the vast majority of organic food production. While hydroponic systems feed crop roots enriched water (or water mist) solutions, the mantra of traditional organic farmers is: “Feed the soil, not the plant.”

In recent years, the regulatory issue has taken a one-two punch.

In 2010, the NOSB tried to update standards for organic greenhouse production and concluded succinctly that hydroponics “certainly cannot be classified” as a certified organic growing method. USDA put that recommendation on hold and instead assigned a task force weighted with hydroponic advocates to study the question. That left certifiers to deal with the issue by certifying operations if they judged them to comply with USDA organic standards.

Then, in 2014, USDA flung the organic program door open to hydroponic-type systems by way of a clarification in its organic marketing newsletter, saying that, in the absence of prohibitions against organic hydroponics, such systems could be certified.

Since then, years of certifiers’ approvals of hydroponic operations have brought countless hydroponic operations into the organic marketplace, especially in California, where water is usually at a premium and farms can drastically reduce water needs by going with hydroponics. More than half of U.S. tomatoes, for example, are grown in greenhouses in hydroponic containers or similar systems. Lee Frankel, executive director of the Coalition for Sustainable Organics, an avid hydroponics advocate, made his best calculation of such production of all U.S. fresh produce: at least $1 billion in retail sales a year.

Marianne Cufone, who is executive director of the hydroponics-advocating Recirculating Farms Coalition and was a member of USDA’s task force to clarify the hydroponics-in-organics issue, says, “I wish it was resolved ages ago.” But, she says, USDA affirmed in 2014 that hydroponics can qualify for the organic label, and the soaring organics marketplace is vital to the producers she represents. 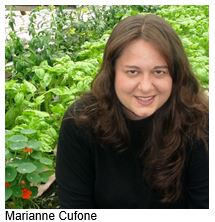 Asked if the issue has become primarily an economic one, she says: “You are exactly right. This is more about money than ethics or image,” and she says there should be plenty of room for hydroponic and aquaponics producers in the organics marketplace.

Dave Chapman is a Vermont organic farmer who is also on the USDA task force has an opposite view. He agrees “there is a lot of money in this conversation,” and he expects the expansion of hydroponic organic farms spells shrinking odds that USDA will ever terminate organic certifications for hydroponics. “But do I feel like we need to try? Yes, I do. I actually believe it is the most fundamental issue they (the NOSB) have discussed since they began the national organic program.”

The next round of the debate comes next week in Denver, at the NOSB’s semi-annual meeting. The board will take up a discussion paper from its Crops Subcommittee, updating and clarifying the 2010 hydroponics recommendations that USDA rejected. Chapman summarizes the paper as “clarifying the prohibiting of hydroponics in organic production – so that there is no confusion or doubt.” 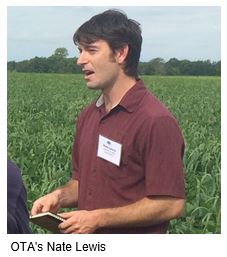 In addition, the subcommittee calls for research and a future proposal to resolve a huge piece of the hydroponic organics dilemma: when production in containers, and the spectrum of plant grown medium used in them, can be considered as “in soil,” and certified as organic, or ruled as “not in soil,” and ineligible for certification.

Chapman described the issue: “If you are growing plants in a container, where on the slippery slope does it stop being hydroponic and become soil-grown?” He and traditional organic folks say that if the plant is fed only by nutrients in water, it may grow into wonderful produce, but it’s not organic. Major U.S. trading partners, such as Canada and European countries, likewise either disallow organic certification of container production or require actual soil, not other inert mediums, in the containers.

But some major players in the organics sector – the Organic Trade Association, the California Certified Organic Farmers (CCOF) and others want a broader view for U.S. container-grown crops qualifying for the organic label.

Nate Lewis, the OTA’s farm policy director, says: “Some folks are using the term hydroponic to describe what has traditionally been seen as container production. If you’re growing (crops) in a container in a medium that supports biological activity, you’re not a hydroponic operation because you don’t have plants floating in water.

Lewis sees the national debate on organics and hydroponics as “largely falling out around regional and generational differences . . . (with) producers in the arid West who know acutely what water shortage looks like being more open-minded to water-saving innovations.” He adds: “We’re also seeing younger people, in general, being more open to new forms of agriculture coming into organics.”

Organic observers are guessing which way the NOSB, with five new members seated by former Secretary Tom Vilsack in January, will move on hydroponics. Ashley Swaffar, an Arkansas organic farmer who’s been on the board for two years, says she is still “really torn on this issue, for sure.” Her state has only 77 organic farms, she notes, and organic selections can often be thin in rural areas such as hers. “I don’t want to lose (organic) produce in the marketplace,” she says.

“I do think we need to approve or not approve (hydroponics), Swaffar said. “But we don’t need to rush. We need to get it right. This is the most important vote we will take in our term on the board probably,” she said.