US rice farmers wary about Vietnam’s incursion into Mexican market

WASHINGTON, April 26, 2017 - One of the biggest threats on the horizon for U.S. long grain rice farmers is competition with Vietnam.

The Vietnamese pushed U.S. rice out of Cuba, offering cheaper product despite higher shipping costs, and now American farmers are expecting to lose some of their prized market share in Mexico. 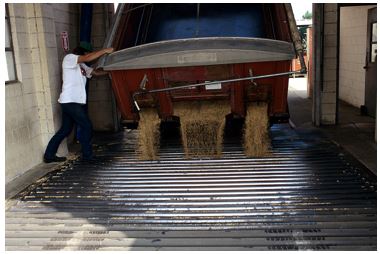 The Asian country subsidizes its farmers, allowing them to ship cheap rice to anywhere in the world and underbid U.S. product. Vietnam has been exporting more than 5.5 million metric tons of rice annually, according to data from the USA Rice Federation. Exports from the country are expected to be even higher this year – about 6 million tons – thanks to good growing weather and a bumper crop.

Last month, Mexico quietly opened up its market to rice imports from Vietnam, Thailand and elsewhere. The move came amid rising tensions between the U.S. and Mexico over a proposed border wall, an immigration crackdown and threats from the Trump administration to renegotiate or pull out of the North American Free Trade Agreement (NAFTA).

On March 1, Mexico published a rule in the Diario Oficial – its version of the Federal Register – that opened up a 150,000 metric-ton tariff rate quota for rice imports from countries with which it had no free trade agreement. That means Vietnam, eager to break into the Mexican market, will be able to sell its rice there without the 20 percent tariff that usually keeps it out.

“I think we are concerned with the new rice TRQ in Mexico that gives a potential entrance to new players in our biggest market,” USA Rice President Betsy Ward told Agri-Pulse. “We believe we have a superior product and track record of safety and reliability but worry that a heavily subsidized competitor can sell cheap rice that may hurt us in the long run.” 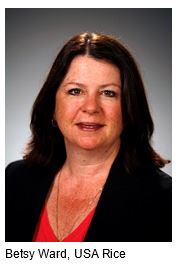 “That’s something that concerns us, because right now we enjoy superior logistics and we have superior quality,” said Michael Klein, a spokesman for USA Rice.The Vietnamese can charge lower prices than the U.S. despite paying to ship their rice 9,000 miles across the Pacific. Meanwhile, U.S. Southern state farmers are basically next door to Mexican buyers.

Most of the rice Mexico buys is long grain, so it’s not a big market for California farmers, who produce mostly medium and short grain rice. And while Mexican importers appreciate the quality of U.S. rice, they can often be swayed by price and opt for Vietnamese imports if they can get it, Klein said.

“For some people price becomes a factor, and if Vietnam and Thailand have access duty free, they’re going to be able to beat our price because of their subsidies,” he said.

The 150,000-metric-ton quota that will allow in new competition to U.S. exporters is not an insignificant amount. It comes to about 18 percent of the roughly 860,000 tons of rice the U.S. sold to Mexico last year, according to data from USDA’s Foreign Agricultural Service.

Concerned about President Trump’s insistence that NAFTA be renegotiated to get a better deal for the U.S., Mexico reportedly has been looking for new sources to import corn and soybeans. This new TRQ may be a similar gambit on rice, industry officials worry.

USA Rice President Ward is in a trade delegation visiting Mexico this week. “We are working hard to avoid any negative fallout from new talks on NAFTA and other anti-Mexico rhetoric on our trade relationship,” she said. “Our visit here this week is proof of our total commitment to our valued customers in this market. USA Rice has spent resources promoting increased rice consumption in Mexico for years and want American farmers to be the beneficiaries.”

Klein, speaking about the TRQ, said, “I don’t know what drove it, but you’d be hard pressed to think it was anything other than a response to tough talk coming from Washington and Mexico getting ready to gear up for negotiations on NAFTA.”

Before the TRQ announcement, the biggest threat from Vietnam was seen to be a provision in the Trans-Pacific Partnership (TPP) deal by which Mexico agreed to gradually lift its tariff on Vietnamese rice. An analysis by the U.S. International Trade Commission had predicted that U.S. rice production would be “marginally lower” under TPP than without it, in response to lower exports.

“Exports would decline because the U.S. rice industry may find that gains in access to the Japanese market are more than offset by lost sales to Vietnam domestically and in Mexico, where the United States would lose its current tariff advantage over Vietnam.”

But that threat did not end when Trump pulled the U.S. out of TPP on Jan. 23. It was previously believed that the trade pact would be effectively dead if either the U.S. or Japan – the two largest economic powers in the 12-nation pact – exited negotiations, but Japan is reportedly preparing to revive talks without the U.S.