WASHINGTON, May 17, 2017 - States looking for more control over their own wetlands have long had the option of assuming authority of the Clean Water Act Section 404 permitting program from the U.S. Army Corps of Engineers. But since Congress inserted language in the CWA in 1977 that gave states that option, only two – New Jersey and Michigan – have done so.

Now, a new report prepared under the auspices of the Environmental Protection Agency may jump-start the effort to get states to take more responsibility for waters and wetlands within their boundaries.

The report, prepared by the Assumable Waters Subcommittee of EPA’s National Advisory Council for Environmental Policy and Technology (NACEPT), was approved by NACEPT last week and will be sent to EPA Administrator Scott Pruitt for consideration. 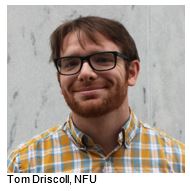 Twenty-two members representing states, tribes, federal agencies and interested groups met eight times from October 2015 to April 2017 to develop the recommendations, which essentially say that states should be allowed to assume control over permitting for most waters and wetlands within their borders, with the Army Corps retaining jurisdiction over most of the navigable waters.

The report is “trying to offer more guidance and direction to states that might be interested” in taking over the program, said Tom Driscoll, director of conservation policy at the National Farmers Union and a member of the AWS subcommittee. “Agricultural folks should be interested,” Driscoll said, taking note of the generalized anxiety in farm country about wetlands permitting. Unlike most major farm organizations, NFU, while calling the final WOTUS rule issued in 2015 “not perfect,” was generally supportive of EPA’s efforts to clarify CWA jurisdiction, and did not sue to halt implementation.

A number of states over the years, including Oregon, Minnesota and Alaska, have discussed assuming control of part of the 404 program from the Corps, but talks stalled over any number of issues – lack of federal funds or state authority, for instance – or over jurisdictional issues. That is, how would responsibility be divided between the Corps and the state?

The question is a thorny one, complicated by ambiguous language on the meaning of “navigable waters” in the Clean Water Act, Supreme Court decisions that have added to the confusion over which waters and wetlands should be regulated, and the landscapes of the states themselves, which are all different.

The report, which explains the evolution of relevant CWA terminology, provides a blueprint for EPA, which has the authority to approve state assumption, to develop guidance so states that want to take control of the program can do so.

“Clear identification of assumable and non-assumable waters has been made more difficult by legal decisions,” three associations said in a 2014 letter to EPA asking the agency to clarify which waters could be “assumable” under the CWA. “Nonetheless, Congress intended that states be able to assume regulatory responsibility for the majority of waters within their boundaries. Clarification of assumable waters will help to facilitate state assumption where it is desired – providing benefits to the public, the resource, and the state and federal agencies.”

“It’s a really good option for states willing to do it,” said Peg Bostwick, senior staff policy analyst at the Association of State Wetland Managers, one of the groups that sent the letter. The Environmental Council of the States and the Association of Clean Water Agencies are the other two. Bostwick emphasized that the report does not make any recommendations about where the Corps’ jurisdiction should begin or end, but tries to provide guidance on how responsibilities should be divided between the Corps and the states.

One key requirement of assumption is that state regulations must be as stringent as federal regulations. “You can’t exempt anything more,” Bostwick said. “You can’t not regulate certain waters.”

In Michigan, where she was chief of the Wetland, Lakes and Streams Unit in the Water Resources Division of the Department of Environmental Quality before joining ASWM, Bostwick said the state’s wetland program “wound up being more of a cooperative program” with the Corps. One major advantage of a state program is faster permitting, Bostwick said, and Laura Campbell, manager of the ag ecology department at Michigan Farm Bureau, agreed.

“The primary benefit” of state authority, Campbell says, “is the state has to provide an answer in a certain timeframe” on applications for permits. In most cases, that answer has to be provided within 90 days. Another advantage of having a state program is easier access to regulators. “On the whole, farmers find the process better working with someone local,” she said. 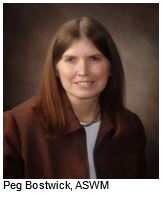 After three decades of state control, Michigan farmers continue to back the program. “Our members set our policy,” Campbell said. “They still support retaining delegated authority.”

Any number of challenges await states that want to take on 404 authority, however. Time and expense are two major impediments.

A report sent in January to the Minnesota Legislature by the state’s Department of Natural Resources and its Board of Soil and Water Resources said that the application process for Section 404 assumption “is extensive and would require extensive coordination with the EPA and the (Corps). A dedicated (employee) at a state agency would be required for two years or more to identify specific statute/rule changes, develop the required agreements with the EPA and COE, and prepare the assumption application package.”

The state would have to spend between $3.5 and $4.8 million more annually on the program, the report said, but added that local governments would save between $2.3 million and $4.1 million because of a shift in permitting authority to the state government.

As of now, EPA has no pot of money to fund assumption of the 404 program, something NFU’s Driscoll calls “a real drawback.”

Nevertheless, the report may find a receptive audience in EPA chief Pruitt, who has been preaching “cooperative federalism” since taking over the agency in February.