US, China agree on key provisions for beef trade

WASHINGTON, May 17, 2017 - China appears to be ready to open up its growing market for beef imports to the U.S. and this time, the “devilish details” seem to be finally nailed down.

While some skepticism surfaced when the U.S. Commerce Department announced last week that China would lift its 13-year-old ban on U.S. beef by July 16, the two governments have reached preliminary agreements on some of the toughest sticking points that have been preventing beef trade, U.S. government sources tell Agri-Pulse.

Following months of meetings in Washington and Beijing, the compromises address concerns about the threat of mad cow disease, while at the same time avoiding onerous regulations that U.S. cattle ranchers would certainly reject.

“We are not done yet, but we have an agreement in principle and now we’re just nailing down the details,” one government source said.

In September, Chinese Premier Li Keqiang announced China’s intention to lift its ban on U.S. beef. At the time, the two countries were still far apart on a deal, but the announcement kicked off a flurry of activity. The Obama administration sent negotiators to Beijing and hosted Chinese officials in the U.S., some of whom performed inspections of U.S. slaughter plants.

The Li announcement and what followed were the first major steps leading to the current agreement, said Kent Bacus, director for international trade at the National Cattlemen’s Beef Association. The meeting between President Donald Trump and Chinese President Xi Jinping at Trump’s Mar-a-Lago resort last month was another major milestone. 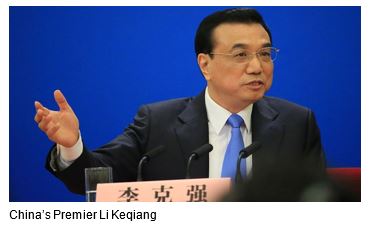 On the sidelines of that meeting, Commerce Secretary Wilbur Ross, Treasury Secretary Steven Mnuchin and China’s Vice Premier Wang Yang agreed on a 100-day action plan to address trade barriers between the two countries. The top item on that list turned out to be resolving China’s ban on U.S. beef.

TRACEABILITY: Perhaps the widest divide that negotiators had to bridge was China’s demand that the U.S. implement a traceability system for cattle. Australia, New Zealand, Canada and other countries that already export beef to China have federal, mandatory traceability systems. China has been demanding for years that the U.S. implement such a system, but ranchers here have been steadfast in their refusal.

The solution recently agreed upon by negotiators is a voluntary Beef Export Verification (BEV) program run by USDA’s Agricultural Marketing Service that will allow ranchers to sign up for a slimmed-down traceability program that is being put together now, according to government sources who asked not to be quoted because the deal has not yet been finalized.

Instead of a “cradle-to-grave” system that would force ranchers to document every time their cows are moved, the negotiators have agreed to a less onerous “bookend system,” which is already used by most ranchers who transport their female breeder cattle across state lines. It essentially requires documentation only on where the animals were born and where they were slaughtered.

“We’re pleased that the Chinese will recognize a widely accepted BEV program and not a complex herd-movement traceability program,” said Jess Peterson, a spokesman for the U.S. Cattlemen’s Association.

China hesitates at final step on US beef trade, but outlook still rosy
US, China agree to restart trade talks, more ag trade
US and China agree on ‘phase one’ progress

USDA attempted to construct a mandatory, nationwide livestock ID system more than 10 years ago, but scrapped the project after opposition by much of the industry.

HORMONES AND RACTOPAMINE ISSUES: While it was the first detection of mad cow disease in the U.S. in late 2003 that spurred China to originally ban U.S. beef, the country has become increasingly concerned about keeping hormones and the feed additive ractopamine out of its beef supply. Those concerns presented yet another major challenge for negotiators because U.S. producers rely heavily on the drugs to promote growth.

Negotiations weren’t easy, but a preliminary deal is in place.

The Chinese had been demanding that U.S. ranchers who want to export to China must get government certification that they never administered hormones or ractopamine. That is similar to the Non-Hormone Treated Cattle (NHTC) program that the U.S. agreed to in order to ship beef to the European Union – a program that one industry source called a regulatory “nightmare.” The demand was flatly rejected. Eventually the Chinese agreed to a deal where they will “test on point of arrival” for residues of the drugs. 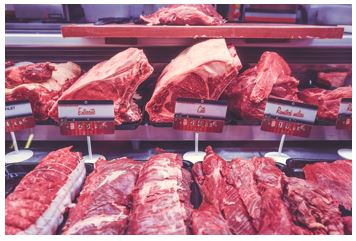 That could result in some rejected beef shipments, but if producers are careful about when they administer the drugs, allowing enough time before slaughter to allow the drugs to cycle through the livestock, it shouldn’t present much of a barrier, according to industry and government sources.

Still, even if negotiators lock down a beef-trade agreement that’s acceptable to China and U.S. cattle ranchers and beef exporters, the U.S. will be at a disadvantage because Australia in the meantime has negotiated a reduction in tariffs. The agreement will completely remove by 2024 Chinese tariffs on Australian beef that currently range between 12 and 25 percent.

But Bacus said the access agreement now being finalized is important because it allows the U.S. to get “a foot in the door” of China’s market. There is strong demand in China for beef products like offal, tongue and round cuts (from a cow’s back leg) that traditionally don’t sell very well in the U.S.

“China represents 12 percent of the world’s export business for beef and that was 0.5 percent five years ago,” said NCBA President Craig Uden. “There’s a huge opportunity there.”

Still, there is still no guarantee that China will actually open its borders to U.S. beef in a commercially viable way. China first announced it would lift the ban a decade ago, but differences over protocols got in the way. And some observers point to the lack of specifics on protocols in the Commerce Department’s announcement.