NAFTA renegotiation – the sooner the better?

WASHINGTON, May 31, 2017 - Farm groups and farm-state lawmakers are increasingly looking at the renegotiation of the North American Free Trade Agreement as if you were removing a big bandage. If it has to be done – and the Trump administration has made clear that it does – then it’s far better to accept the pain and get it done quickly.

Mexico, which spends about $19 billion per year to buy U.S. corn, soybeans, beef, pork, rice, milk, sorghum and other commodities, is becoming increasingly jittery about the viability of U.S. exports. The sooner the countries can close the books on a new NAFTA, the better it will be for the markets, say lawmakers, including House Agriculture Chairman Mike Conaway.

But circumstances are not the best. President Donald Trump’s insistence that a new border wall be built, his demands that Mexico pay for it, and the recent increase of rhetoric and actions to deport undocumented residents has created tensions between the U.S. and Mexico.“Even the idea of renegotiating NAFTA is unsettling because no one likes change,” Conaway told reporters last week after an hour-long, closed-door meeting between committee members and U.S. Trade Representative Robert Lighthizer and USDA Secretary Sonny Perdue. “Under the best of circumstances, it would make folks nervous or unsettled until we get it done. Time is of the essence and the quicker we get it done, the better all of our exports will be.”

That “sooner, the better” sentiment is one that is shared by both U.S. and Mexican ag sectors, Conaway said in an interview with Agri-Pulse after he met last week with Gerónimo Gutiérrez, the recently appointed Mexican ambassador to the U.S.

“He’s concerned about the unsettling nature of renegotiation – everyone not knowing,” Conaway said about Gutiérrez. “The quicker we can get this done, the better. … All the uncertainty associated with any kind of renegotiation – I think he sees that as a big deal. I do as well.”

As to how quick NAFTA can be renegotiated, that’s still unclear. It takes years for major trade pacts to be completed, but in this case, much of the work has already been done, Conaway said. There is already a base deal in place and some new provisions were previously worked out under the Trans-Pacific Partnership (TPP). 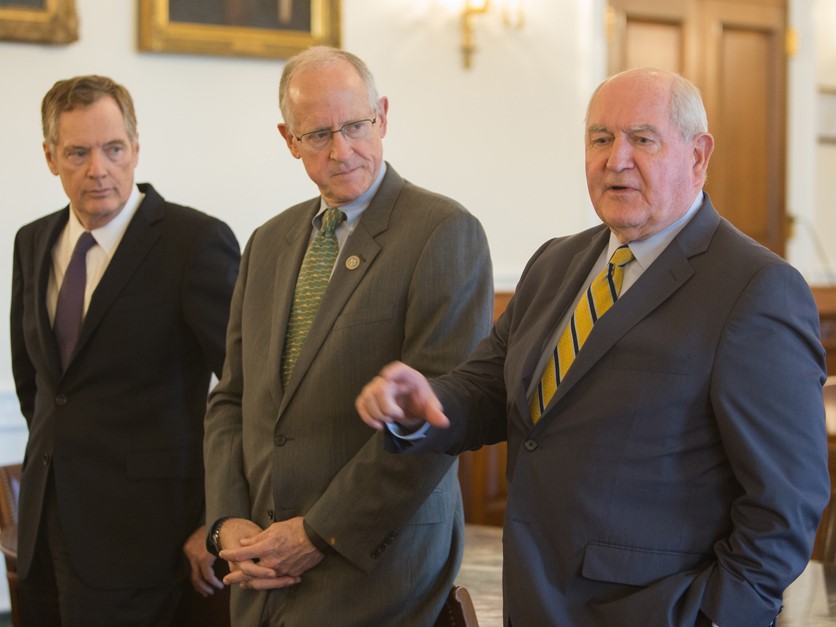 The U.S., Mexico and Canada were all members of the 12-country TPP agreement. Trump pulled the U.S. out of the treaty in January, but Lighthizer, Conaway and others have said that some of the work involving the U.S., Canada and Mexico will likely transfer into the new NAFTA.

The biggest potential problem with renegotiating NAFTA, Conaway said, is that there is a huge push by the Trump administration to increase the exports of non-agriculture products to Mexico, and the farm sectors in both countries fear that there could be collateral damage to agricultural trade.

“The concern that U.S. (agricultural) producers have is that there is a manufacturing trade deficit of staggering proportions,” Conaway said. “As they try to find solutions to that, they do something with ag. And ag folks are going to be at the table to try to make sure that doesn’t happen.”

At present, thanks to NAFTA, there are virtually no Mexican tariffs on U.S. farm commodities, which has boosted U.S. agricultural exports to record highs over its 23-year lifespan.

Lighthizer continues to say he will protect that status when negotiations begin.

“That’s got to be our objective,” Lighthizer said after the meeting with House Agriculture Committee members. “There are a number people who are winners. … Ag’s a big winner with NAFTA … and we have to maintain that position.”

One farm group dedicated to keeping the gains already achieved under NAFTA is the U.S. Grains Council (USGC).

“Our top priority in the modernization of NAFTA is to maintain this market access and keep in place what we and our customers have built,” said USGC Chairman Chip Councell. “For instance, all corn products currently go into Mexico and Canada duty-free, with sales last marketing year of $2.7 billion in commodity corn alone. That demand is an essential part of ensuring farmers can continue to farm in this economy.”

But there’s a long list of agreements the U.S. wants in a new NAFTA that deal with digital trade, services, intellectual property rights, labor laws, environment, customs procedures and more. And that means more opportunities for the agricultural trade relationship to be altered.

That’s one reason why groups like the American Farm Bureau Federation say they support the Trade Priorities and Accountability Act that was passed by Congress in 2015. The TPA, among other things, requires the White House to give Congress and the public notice that it intends to negotiate trade pacts. It also gives the public the opportunity to weigh in on priorities. 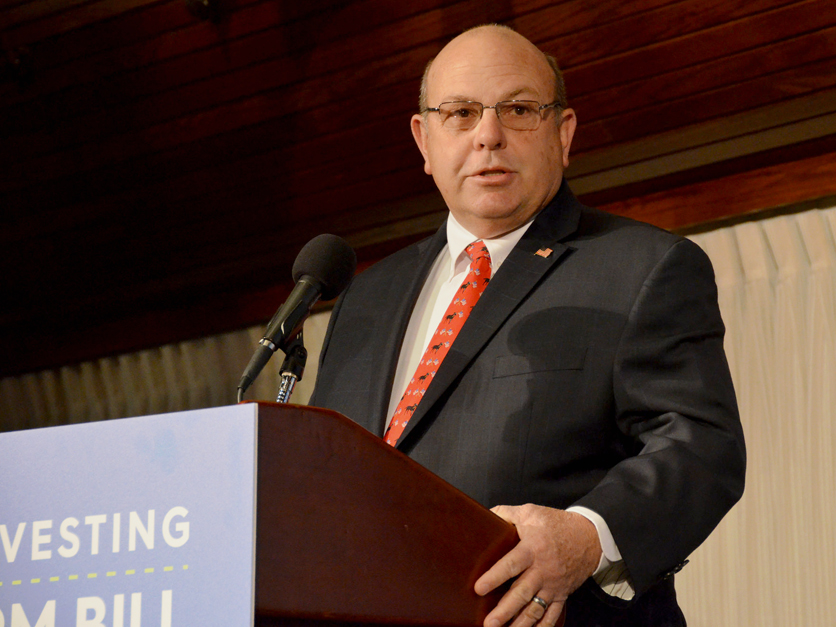 On May 8, the Trump administration gave that notification concerning NAFTA.

“The (TPA) gives farmers, ranchers, the agriculture community and other stakeholders the opportunity to provide input and share our significant expertise with U.S. negotiators,” said Farm Bureau President Zippy Duvall. “Our ability to be part of these negotiations is important to our members and will help ensure the outcome improves trade relationships with our neighboring countries.

“Mexico and Canada are two of our largest export markets for the commodities and products raised on U.S. farms and ranches,” Duvall said. “America’s farmers and ranchers value them as customers and trade partners. We will work to ensure the renegotiation strengthens that critical relationship.”

The 90-day notification was a welcome development, Conaway said, but he said he has to wait on the details of the administration’s plans for renegotiation until he can act.

“We have 90 days for the administration to tell us what their goals are,” he said. “Then we’ll be able to react, but right now I’ve got nothing to react to.”