WASHINGTON, June 7, 2017 - The U.S. and Mexico were able to reach agreement on how to regulate Mexican sugar exports, and officials from both sides of the border are saying that’s a strong sign that the countries will be able to successfully renegotiate the North American Free Trade Agreement.

The agreement isn’t final yet – U.S. Commerce Secretary Wilbur Ross said the details will be finalized over the coming days – but the fact that the two countries worked together to solve the thorny issue of sugar trade appears to bode well for coming NAFTA talks. 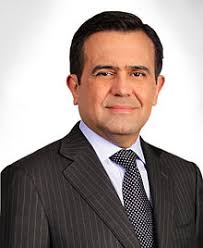 “Assuming we can reach a definitive agreement, which I’m confident we can, this is the precursor to showing we can make … new arrangements between the two countries that are agreeable,” Ross said in a joint press conference Tuesday with Mexican Minister of Economy Ildefonso Guajardo Villarreal.

Guajardo said the past months of negotiating with Ross and his team have created a good atmosphere for future NAFTA talks.

“In terms of NAFTA … these past two and a half months of dialogue … have given us the opportunity to know each other better – to really get to develop a strong relationship,” Guajardo said. “That will be one of the best assets for coming negotiations of NAFTA.”

Beyond just the strengthening of ties between the two countries, Ross stressed that it was important to finish the sugar deal before NAFTA negotiations start.

“We wanted to get out of the way – and so did the Mexican government – this very contentious issue that has been polluting the relationship between the two countries for quite some time,” Ross said. “I think it’s important to get a very horrid issue like that out of the way before the big negotiations start.”

The enmity between the U.S. and Mexico over sugar has been growing for years. It was in 2008 that the U.S. lifted the cap on imports of Mexican sugar because of a NAFTA provision, but that didn’t last long. The U.S. accused Mexico of dumping sugar into the U.S. at below-market prices and in late 2014 Mexico agreed to new limitations in order to avoid retaliatory duties.

The deal announced Tuesday requires that 70 percent of imports from Mexico be raw and allows the remaining 30 percent to be refined, among other new restrictions. The agreement also specifies that, for the most part, the raw sugar coming in from Mexico will have a purity level of at most 99.2 percent. Currently, it’s set at 99.5 percent, but U.S. refiners have argued that’s too high and can often be used by the food industry with either minimal or no further processing.

That was a hard restriction for Mexico to agree to, Mexican government sources told Agri-Pulse, because the 99.5 percent level is what Mexican producers are accustomed to. Much of the industry there will have to change to meet the lower level.

The agreement establishes much of what the U.S. sugar industry wanted from a new suspension deal, but representatives of refiners and producers are refusing to support the new pact.

Ross pledges NAFTA renegotiation will 'do no harm' to US exports
US meat industry, Mexico may be on same page in NAFTA talks
US, Mexico reach preliminary deal on sugar trade

That’s because 70-30 split between raw and refined sugar from Mexico would only be in effect for the initial quota that the USDA sets for the country at the beginning of the fiscal year.

Outside of the allocation for Mexico, the USDA every year sets an overall import quota for all other countries that want to export sugar to the U.S. That quota for raw sugar is set at about 1.2 million tons and cannot be raised until April 1. Afterwards, USDA can raise the quota based on domestic needs.

The new deal announced Tuesday gives Mexico the right to fill all of that additional quota if it can. Furthermore the 70-30 split and the 99.2 percent polarity restrictions do not apply to those additional imports.

“U.S. sugar farmers and producers are concerned that the agreement in principle contains a major loophole in the section dealing with additional U.S. needs,” said Phillip Hayes, a spokesman for the American Sugar Alliance. “Mexico could exploit this loophole to continue to dump subsidized sugar into the U.S. market and short U.S. refineries of raw sugar inputs. This loophole takes away the existing power of the U.S. government to determine the type and polarity of any additional sugar that needs to be imported and cedes that power to the Mexican government.”

Ross said he was disappointed that the deal doesn’t have the support of U.S. industry, but he said there is still time as details are worked out in the coming days.

“In the drafting process we will try to work on issues that will make it easier for American industry to come on board,” Ross said.

Hayes agreed that the next several days could be key.

“We will work with Secretary Ross in the coming days to see if that loophole can be effectively closed so that the basic provisions of the agreement are not undermined and USDA can effectively manage the sugar program,” he said.

It’s not just the sugar refiners and farmers who are not pleased with the deal. Food and candy manufacturers that depend on a plentiful and cheap supply of sugar for the bread, donuts, cookies, cakes and candy they produce, say the agreement will push up prices.

“Today’s announcement is a bad deal for hardworking Americans, and exemplifies the worst form of crony capitalism,” the Coalition for Sugar Reform said in a statement. “The agreement in principle does not address the fact that the price of sugar in this country is already 80 percent higher than the world price. In fact, it will result in higher prices, costing U.S. consumers an estimated $1 billion a year.”