WASHINGTON, June 21, 2017 - The already controversial decision by the International Agency for Research on Cancer (IARC) – determining that the widely used herbicide glyphosate probably causes cancer in humans – is now even more subject to debate. But whether the new evidence will lead to a reversal or withdrawal of any decisions remains to be seen.

Armed with recently unearthed evidence, critics of the report charge that IARC should have considered unpublished data that may have altered the conclusion of its 2015 report.

That data, contained in a long-term epidemiological study called the Agricultural Health Study (AHS), showed no association between glyphosate exposure and non-Hodgkin lymphoma and would have lowered the risk estimate for that type of cancer in the IARC monograph, the chair of the IARC working group said in a deposition taken as part of a court case now proceeding in California.

The IARC monograph concluded that glyphosate is probably carcinogenic to humans based on “sufficient evidence” in experimental animals and “limited evidence” in humans, including a “positive association” between glyphosate and non-Hodgkin lymphoma.

When it was announced in March 2015, the IARC finding triggered an avalanche of criticism – both of glyphosate by environmental and consumer groups that had long questioned its safety, and of IARC by Monsanto and the pesticide industry, who said IARC cherry-picked data to reach its conclusions. They also emphasized studies by regulators around the world that have found glyphosate is not cancer-causing.

Glyphosate is widely acknowledged to be the most extensively used herbicide in the world. From 1995 to 2014 its use has grown worldwide from about 148 million pounds to 1.8 billion pounds, according to a paper by agricultural economist Charles Benbrook.

After the deposition was revealed by Reuters last week, Monsanto quickly cited it to criticize the IARC finding anew.

Only time will tell how significant the latest development turns out to be. IARC issued a statement saying it was not aware of the unpublished data and did not consider any unpublished data for its glyphosate monograph – the key word being “unpublished.”

The organization has no immediate plans to revisit the glyphosate finding, saying only that it “can re-evaluate substances when a significant body of new scientific data is published in the openly available scientific literature.”

But the backlash against glyphosate continues as a result of the IARC report. The state of California used the IARC finding to list glyphosate under its Proposition 65 as a cancer-causing chemical, but Monsanto is contesting that listing, which would require labeling of consumer products. 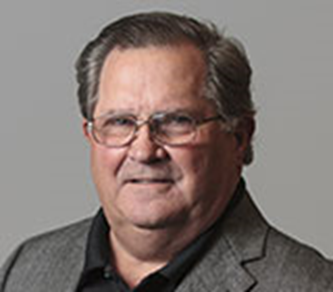 At the center of the story is Aaron Blair, a retired National Cancer Institute epidemiologist who chaired the IARC working group. He answered questions about the Agricultural Health Study data posed by attorneys for Monsanto and for plaintiffs as part of a federal lawsuit in California. The deposition is not included in the court docket but was provided by Monsanto.

The company is defending itself from claims by nearly 200 plaintiffs that Monsanto failed to warn them that exposure to Roundup, which contains glyphosate, could cause non-Hodgkin lymphoma.

Monsanto vice president of global strategy Scott Partridge accused Blair of deliberately “concealing” the data from the rest of the working group.

In addition, Partridge told Agri-Pulse that Blair “had the ability to push for publication” before the IARC working group began considering glyphosate, calling Blair’s failure to seek publication “intentional.”

In response to questions posed by Agri-Pulse, Blair said he did not “conceal” anything and that it “clearly would be inappropriate” to have mentioned the unpublished data.

“IARC did not have access to unpublished and unfinished data on glyphosate because IARC only reviews papers that are published or ‘in press,’” he said in an email. “This is because analyses and interpretations in manuscripts can change from early drafts to the final paper. I do not think you would describe not providing data that is specifically not allowed to be considered as being ‘concealed.’”

Blair also said that “for any working group member to mention ongoing analyses or unfinished work would clearly be a violation and frankly might be considered as an attempt to influence the deliberations with information that might not even hold up when the finished product is available.”

In addition, in the deposition he said that publication is “not a sure thing” even when researchers have prepared data for publication.

“You make it sound like you decide, then it’s done for sure,” he told Monsanto attorney Eric Lasker. “No, that’s not the case. You work on it, you look at it, you revise, you send it to the journal to get reviews back from . . . the reviewers at the journal and so forth.”

Blair also told Agri-Pulse that during the IARC deliberations, he was aware of another analysis from case-control studies from the U.S and Canada that did show an association between NHL and glyphosate, but “I did not mention these data either” for the same reason he did not mention the other data – because it had not been published or accepted for publication.

Supporting his argument that the data should have been considered by IARC, Partridge said the AHS is “the most comprehensive agricultural worker and spouse study in the history of the U.S.” According to the study’s website, it is “a collaborative effort involving investigators from National Cancer Institute (NCI), the National Institute of Environmental Health Sciences, the Environmental Protection Agency, and the National Institute for Occupational Safety and Health.”

More than 89,000 farmers, pesticide applicators and their spouses in Iowa and North Carolina have taken part in it since it began in 1993, “with the goal of answering important questions about how agricultural, lifestyle and genetic factors affect the health of farming populations,” the AHS website says.

Numerous scientific papers have been written and published using study data. But even though some of the 2013 data resulted in published papers, the glyphosate/non-Hodgkin lymphoma data did not.

In the deposition, Lasker asked Blair why the 2013 glyphosate data had not been published before IARC began deliberating in 2015. Blair said AHS decided to focus on insecticides first, and suggested there wasn’t time to switch to herbicides when it became clear IARC would prepare a glyphosate monograph.

He agreed, however, that the 2013 AHS data that the working group did not consider involved more subjects and a longer follow-up time than the 2005 data it did consider.

“You were aware and had been for three years that there was more AHS data that had a longer follow-up (with subjects) and some four times more cases of NHL than had been discussed in the 2005 published paper, correct?” Lasker asked him. “Yes,” said Blair, who then added, “For analyses that had not been completed.”

Laura Beane-Freeman, NCI’s principal investigator for the AHS, said in a statement that NCI was not aware when it published results in 2014 that IARC would be preparing a glyphosate monograph. In 2014, Beane-Freeman noted that IARC considered glyphosate a “medium priority” for analysis, “whereas several insecticides were listed as ‘high priority’ for review.”

Now, the NCI is drafting an expanded and in-depth analysis of glyphosate and all potential cancer risks, but has not released a timetable for the final report.

Monsanto was not the only party to criticize the IARC process. Cal Dooley, CEO of the American Chemistry Council, also called for the glyphosate monograph to be withdrawn.

“These allegations suggest that an IARC Monograph has become nothing more than a rubber stamp for predetermined outcomes. We encourage all countries and organizations that support the Monographs program to join us in calling for an investigation into whether IARC officials knowingly withheld data that proved a lack of association between glyphosate and cancer, and other monographs should be evaluated to determine whether similar manipulation has taken place,” Dooley said.