WASHINGTON, June 28, 2017 - The future of a new farm bill is tied up in negotiations over a fiscal 2018 budget bill that Republicans want to pass in order to enact one of their top priorities – tax reform. A group of House conservatives is demanding cuts in food stamps and other welfare program to help offset the tax cuts.

But House Agriculture Chairman Mike Conaway, R-Texas, has been pushing back hard on the deep reduction to the Supplemental Nutrition Assistance Program that the conservatives want but which could make it harder to ultimately to get the support he needs to pass the farm bill.

The House Budget Committee had hoped to vote on a FY18 budget resolution this week but postponed action until after the upcoming week-long July 4 recess amid the impasse over the spending cuts. The size of the SNAP reduction is a major area of disagreement, although not the only one.

The conservative House Freedom Caucus has been demanding that Conaway’s committee increase work requirements for SNAP beneficiaries who are considered able-bodied. “The labor market is broken. … No one’s working,” caucus member Dave Brat, R-Va,, said referring to the number of unemployed adults. “We want to get every able-bodied person off of federal programs back in the labor force. That goes through Agriculture. “

Conaway, for his part, will only say that he continues to negotiate with the Budget Committee over a possible cut. “We’re working aggressively with Diane Black to get to a ‘yes’,” Conaway said, referring to the Budget chairwoman.

Because of the conservative demands for slashing welfare programs, it’s not clear that the House and Senate can ever agree on a FY18 budget resolution. It’s certainly unlikely that the Senate would go along with the spending cuts of the magnitude that the House Freedom Caucus is demanding. If it did, the farm bill ultimately could be doomed since major cuts to SNAP could leave farm programs without the support of the anti-hunger organizations and urban lawmakers that have traditionally been critical to getting farm bills enacted.

The Freedom Caucus “wanted to split SNAP out of the (farm) bill anyway … That’s one way to do it,” said Jonathan Coppess, a former Senate Agriculture aide and Farm Service Agency administrator who is now an assistant professor of law and policy at the University of Illinois. Conservatives think that splitting the farm bill, and dividing the rural-urban coalition that supports it, would make it easier politically to cut both SNAP and commodity programs.

Conaway believes that by continuing to negotiate with the Budget Committee that he’s showing himself to be a team player, which will be important to getting the House GOP leadership to help ensure passage of the farm bill later on.

The reconciliation process offers some intriguing possibilities for the farm bill. It would tie the fate of the bill to the passage of tax reform, which would be a landmark achievement for this Congress and the White House.

But it’s not clear that the entire farm bill could even be included in reconciliation because of Senate restrictions. The Senate’s Byrd rule essentially prevents inclusion of provisions that don’t change spending or revenue levels. 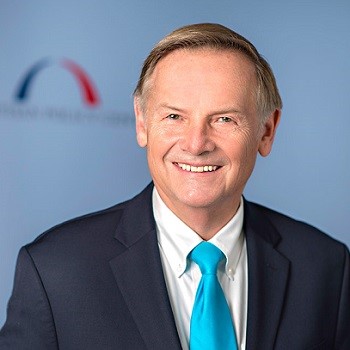 Commodity programs and crop insurance could be included in reconciliation, so long as the bill made changes to the programs’ mandated spending levels, said Bill Hoagland, a longtime Senate GOP budget adviser. But the Byrd rule would prevent adding in other farm bill programs, such as research, for which spending levels are left up to congressional appropriators to determine on an annual basis. The budget reconciliation process “is really a budget exercise,” Hoagland said. It is not “oriented toward doing major reauthorizations or major public policy legislation.”

Hoagland is doubtful that Congress will ever agree on a budget resolution, given that the start of the new fiscal year, Oct. 1, is fast approaching and Congress also faces a looming fight over raising the debt ceiling.“I just don’t see it. The clock is running down,” Hoagland said of the possibility for a budget resolution.

Failure to pass a budget resolution would free up Conaway and Senate Agriculture Chairman Pat Roberts, R-Kan., to move a farm bill the old-fashioned way, through regular order. But it would force Republican leaders to do tax reform the same way, if they do it all. That would require getting enough Democratic support to get the 60 votes necessary to break a filibuster, a tall order given that Republicans want to slash corporate tax rates.

Black, the House Budget chairwoman, said Tuesday that she was determined to get agreement on a resolution. “We’re just working really hard to get the final touches on,” she said.