WASHINGTON, July 12, 2017 - The new biofuel targets proposed by the EPA left the biodiesel industry downbeat even as they pleased ethanol producers. While the ethanol industry was glad that EPA is seeking to maintain the mandate for conventional corn ethanol at 15 billion gallons, the agency’s proposed rule, issued July 5, contained some ominous signs about the Trump administration’s approach to biodiesel.

EPA said it was reluctant to propose increases in the mandates, or Renewable Volume Obligations (RVOs), for biodiesel and renewable diesel because of the impact on other industries, and also announced that it is considering using its statutory authority to reduce the future targets for advanced biofuels.

Demand for biodiesel is driven by two types of mandates, one specifically for biomass-based biodiesel (BBD), and the other for advanced biofuels. The proposed rule would fix the BBD mandate through 2019; the advanced biofuel target applies to only 2018.

The advanced biofuel requirement proposed by EPA for 2018 includes 2.5 billion gallons of BBD and renewable diesel (a product made from fats and oils that is identical to petroleum diesel).

EPA gave several reasons for the proposed biodiesel targets. One concern is that the $1-a-gallon tax credit that subsidizes biodiesel production expired at the end of 2016 and hasn’t been renewed. Another concern: Mandating increased biodiesel production could squeeze other industries that rely on soybean oil and other biodiesel feedstocks. The agency also suggested that increasing the mandate also would encourage more biodiesel imports.

EPA opened the door to lowering its proposed biodiesel requirement for 2019 in response to imports of foreign products. The agency, which requested comment on the import issue, noted that 731 million gallons of biodiesel and renewable diesel were imported in 2016. “Due to their origin outside the United States, imported renewable fuels may not have the same impact on energy independence as those produced domestically,” the agency said.

Also ominous for the biodiesel industry, EPA said it was considering “resetting” future usage laid out in the 2009 energy law. Beginning with this year, a provision in the law requires EPA to do such a reset if the agency uses its waiver authority to lower the mandates by at least 20 percent for two years in a row or at least 50 percent in a single year. 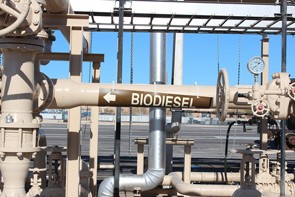 “We’re looking at this and monitoring it and paying close attention” to the possibility of a reset, said Anne Steckel, vice president of federal affairs at the National Biodiesel Board. “We know the intent of Congress when they passed the RFS was to grow these advanced volumes.”

Analysts at ClearView Energy Partners said in an analysis of the proposed rule that the reset threat could “potentially motivate” Congress to consider reopening the 2009 law to change the Renewable Fuel Standard.

The more immediate concern for biodiesel producers is the proposed targets for 2018 and 2019 and the EPA’s concern about imports. EPA shouldn’t assume, Steckel said, that the biodiesel tax credit has ended permanently. The industry is asking Congress to resurrect and overhaul the tax credit as part of the tax reform package that is a major priority for Congress and the White House. The industry wants to convert the tax credit to a producers’ credit that would no longer apply to imported biodiesel.

EPA’s concern about biodiesel’s impact on feedstock supplies seems to stem from the livestock industry’s reliance on soybeans for feed. In a worst-case scenario, increased use of biodiesel “could cause supply disruptions to a number of markets as biodiesel and renewable diesel producers seek additional supplies of advanced feedstocks and the parties that previously used these feedstocks, both within and outside of the fuels marketplace, seek out alternative feedstocks,” the agency said. “This could result in significant cost increases, for both biodiesel and renewable diesel as well as other products produced from renewable oils.”

Bruce Babcock, an economist at Iowa State University, said EPA’s concern makes no sense given that biofuels, by definition, compete with other crop uses. “If that was a valid argument for holding back the RVO, then they should eliminate the RVO,” Babcock said. “Perhaps EPA is worried about feedstock prices with higher RVOs but where is their analysis?  I have not seen that vegetable oil prices have spiked.”

Steckel said biodiesel “feedstock prices have been relatively stable and in several instances have actually gone down the last several years.”

The good news for the biodiesel industry is that industry profits have been on the rebound in recent months despite the expiration of the tax credit. Biodiesel “profits turned increasingly positive during 2017; just the opposite of the ‘famine’ tendency for years after the tax credit expires,” University of Illinois economist Scott Irwin wrote in June. Producers usually lose money during periods when the tax credit is not in effect, but that hasn’t happened this year. Profits have risen steadily since March, reaching a peak of 25 cents per gallon in recent weeks, Irwin wrote.