The measure provides $38.4 billion to fund Energy Department (DOE) programs, critical infrastructure projects administered by the Army Corps of Engineers and Bureau of Reclamation, and related agencies. The bill is $629 million above the FY2017 enacted level and $4.1 billion above President Donald Trump’s request.  It was approved 30-1.

Sen. Lamar Alexander, R-Tenn., chairman of the Energy and Water Development subcommittee, said he had worked with Sen. Dianne Feinstein, D-Calif., the subcommittee’s ranking member, “under very challenging fiscal constraints this year” with the goal of drafting a bipartisan bill that prioritizes spending and reduces waste. “We hope this bill can be one of the first appropriations bills considered by the full Senate this year.”

“I want to thank Chairman Alexander for drafting a bill that reflects the best possible funding levels under the current budget constraints,” said Feinstein. “While I don’t support all of the cuts in this bill, it’s my hope that both parties will be able to negotiate a budget agreement later this year to restore funding for many of those programs.”

The bill fully funds the National Nuclear Security Administration at $13.685 billion, $655 million more than fiscal year 2017. There is a $1 billion increase for defense activities, while non-defense activities see a decrease of $415 million.

Sen. Patrick Leahy, D-Vt., was not happy with the legislation. He said the bill “remains unbalanced, pouring more than a billion dollars into defense programs while slashing $415 million from infrastructure and research programs… This is not acceptable…. Simply put, we cannot, and will not, finish the appropriations process without a bipartisan budget agreement.” 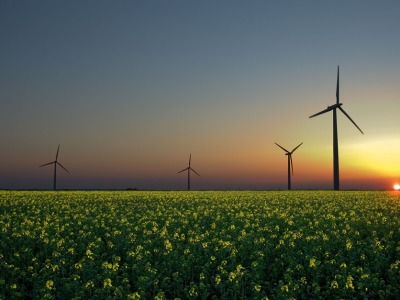 For the third year in a row, the bill includes the highest-ever level of funding – $5.55 billion – for the DOE Office of Science. This funding extends federal investment in innovative energy research, high-performance computing, and to the next generation of clean energy sources.

Energy efficiency and renewable energy programs were allocated $1.937 billion, $153 million below fiscal year 2017 and $1.3 billion more than the president’s request. The bill prioritizes funding to advance technology development for water and geothermal power generation; for increasing the energy efficiency of manufacturing processes and residential and commercial buildings; and for providing funds to lower the energy bills of low-income Americans.

Committee Republicans rejected a Feinstein amendment that would have increased non-defense spending by $1.87 billion, supporting scientific research and investing in communities. Part of the amendment proposed a $50 million increase in critical funding for the Weatherization Program.