U.S. farmers and ranchers prepare for first round of NAFTA talks

WASHINGTON, August 9, 2017 - Next week U.S., Canadian and Mexican negotiators will be filling up the conference rooms at the Marriott Wardman Park Hotel in northwest Washington to begin the first round of deliberations on overhauling the North American Free Trade Agreement.

The U.S. agriculture sector – encompassing everyone from Idaho potato growers to Georgia blueberry farmers, Texas cotton growers to Pennsylvania dairy farmers, and Kansas wheat farmers to Delaware chicken producers – have a lot to gain from the negotiations.

But they may have even more to lose if the talks go sour. Hanging over the negotiators is the ever-present threat that President Donald Trump will simply pull the U.S. out of NAFTA in its current form – a three-party pact that virtually wiped out import duties and pushed agricultural trade to unprecedented levels over the past 23 years.

Colorado Farm Bureau Federation President Don Shawcroft, in a recording made for the USDA, summed up ag trade under NAFTA: “The very significant increase of trade of U.S. agricultural products to Canada and Mexico, more than quadrupling the $8.9 billion in 1993 to $38.1 billion in 2016. That is overwhelming beneficial trade for the vast majority of U.S. farmers and ranchers and associated industries.”

Those kinds of numbers are why much of the U.S. agricultural sector is in a defensive posture when it comes to rewriting NAFTA and that hasn’t gone unappreciated by Trump administration officials like U.S. Trade Representative Robert Lighthizer and USDA Secretary Sonny Perdue.

Perdue told reporters this week that he will be playing an active role in the first round of talks that are scheduled from Aug. 16 through Aug. 20.

Farmers are still nervous despite the reassurances.

Kevin Brosch, who spoke on behalf of the National Chicken Council, National Turkey Federation, and USA Poultry & Egg Export Council at a recent House Agriculture Committee hearing, told lawmakers that his industry could be the first to suffer if the renegotiation goes badly and Mexico feels it needs to penalize the U.S.

Those duties were never implemented, but they weren’t entirely scrapped either, and that has the U.S. industry worried as negotiators enter into what could be contentious talks.

“We were able … to get that duty suspended, but it’s sitting there on the books in Mexico and it could be applied at any time,” Brosch said.

NAFTA negotiators wrap up first round, pledge 'rapid pace' ahead
NAFTA talks to continue after modest gains in latest round
U.S. negotiators pledge 'ambitious' NAFTA round

Many in the U.S. cattle sector are also on the defensive when it comes to NAFTA, concerned that if the talks fall apart, the damage to ranchers here could be extensive.

U.S. producers have benefited from the lucrative business cycle with Mexico, said Kent Bacus, international trade director for the National Cattlemen’s Beef Association. Mexico sends its cattle north of the border, where they are fed and slaughtered in Texas or Arizona, and much of the beef is then be sold back to Mexican buyers.

That’s still the case, but in recent years Mexico has been building up its domestic feeding, slaughtering and processing capabilities, Bacus said.

A border trucking dispute with Mexico that broke out about 10 years ago eventually resulted in Mexico imposing retaliatory tariffs on some U.S. farm goods. That accelerated the situation and any further disruptions could take even more business away from U.S. companies, Bacus said.

“We have to guard against that,” he said. “We have the advantage on infrastructure, efficiency and quality and that’s really what we need to keep focusing on and we can’t do that if our trade is restricted into … Mexico.”

The bottom line, he said, is that NAFTA is working for U.S. cattle ranchers and it shouldn’t be altered.

“Where do you improve on duty-free and unrestricted trade into two of your neighboring markets?” he said. 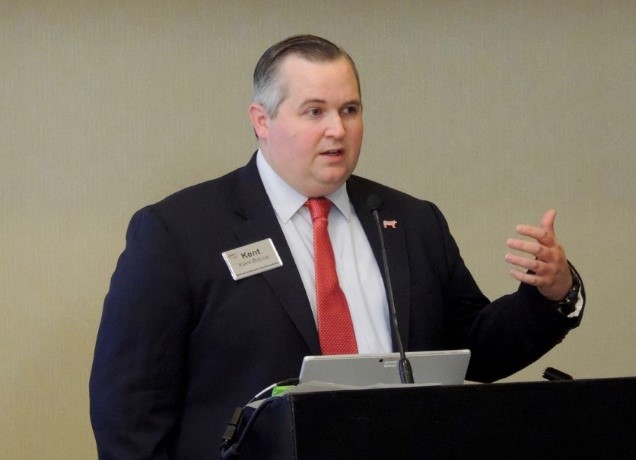 House Agriculture Committee Chairman Mike Conaway – who has vowed to follow the negotiations closely – said he understands the concerns from farmers and ranchers, but also stressed recently that NAFTA has to be updated.

“While I recognize there is a level of angst about renegotiating an agreement that has provided so many hard-fought gains, our nation stands to benefit from renegotiating a deal that provides additional market access and tightens trade enforcement,” Conaway said in a recent statement.

“As the administration prepares to renegotiate NAFTA, I will continue working diligently with Ambassador Lighthizer and Secretary Perdue to ensure we achieve the best deal possible for American agriculture.”