WASHINGTON, August 30, 2017 - Animal welfare activists are optimistic that a series of bills they are pushing have enough bipartisan support to get included in both the House and Senate versions of a new farm bill. At the same time, activists are bracing for a possible battle over attempts to block individual states from regulating the way farm animals are produced.

Wayne Pacelle, president and CEO of the Humane Society of the United States, tells Agri-Pulse that he thinks at least three amendments have a chance of getting included in the farm bill: One would outlaw trade in meat from dogs and cats. A second would prohibit practices, called “soring,” that are used to give horses an exaggerated gait. The third bill, called the Pet and Women Safety (PAWS) Act, would provide protections for pets in domestic violence cases.

Pacelle said the horse-soring and dog-meat bans would likely have “overwhelming” support, even in the House committee, where Republicans have a 26-20 majority. The PAWS act likely could get a majority as well, he said.

“The Ag committee hasn’t taken up any of these issues. If they don’t do them in a free-standing way…. the farm bill would be the logical platform,” said Pacelle.

The bills would be relatively easy wins for animal welfare activists. A perennial issue that may not get debated in the farm bill because it’s a heavier political lift is horse slaughter.

This won't be the first time the farm bill has gotten embroiled in debates over animal welfare. The United Egg Producers and HSUS reached agreement in 2011 on national standards for hen housing that the two groups wanted Congress to include in what became the 2014 farm bill. 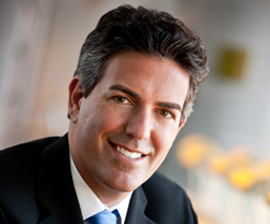 The UEP-HSUS deal was intended to provide some long-term certainty to egg producers by stopping states from individually imposing sometimes conflicting rules on the industry. But other livestock and poultry groups opposed enacting federal standards for egg producers, fearing that doing so would set a precedent for federal regulation of other industry sectors.

Rep. Steve King, R-Iowa, responded to the HSUS-UEP deal by persuading the House Agriculture Committee to adopt an amendment that would bar a state from regulating how foods are produced in other states. The amendment was dropped from the bill during final negotiations between the House and Senate, but King recently re-introduced similar legislation, the Protect Interstate Commerce Act.

The issue King was trying to address hasn’t gone away. A Massachusetts ballot measure that voters overwhelmingly approved in 2016 set confinement requirements for livestock and poultry that apply to meat and eggs produced out of state as well as in Massachusetts. The measure passed with more than 77 percent of the vote, which is indicative of the growing popularity of such laws.

Democrats tee up debates on farm, environmental funding and policy
Farm bill fate may hang on dispute over 1996 welfare reform

King argues that “preventing the sale of a product based on its means of production prohibits the consumer from choosing to purchase the products they want.”

A broader bill proposed by Rep. Jim Sensenbrenner, R-Wis., and called the No Regulation Without Representation Act, would go beyond agriculture to prohibit states from telling any out-of-state business how to make or dispose of its products.

Pacelle says even the narrower King amendment could make it difficult to get a farm bill through the House. Many members of the House Freedom Caucus are likely to oppose the bill because of its spending, and the bill would lose support from Democrats and moderate Republicans if the King amendment were included. 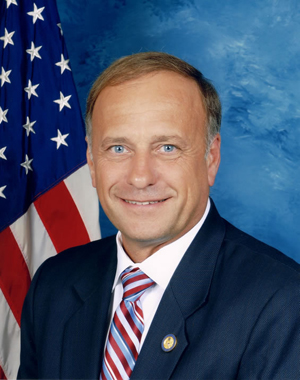 California Republicans also would be in a quandary because the amendment would put their farmers at a disadvantage with out-of-state producers. A 2008 ballot measure in California set new confinement standards for laying hens, and a subsequent state law applied the requirements to eggs produced out of state.

“There are very few Democrats who are going to support a farm bill that has a King amendment to nullify animal welfare laws across the board,” Pacelle said. “I think it’s a real risk for the Ag Committee leadership to entertain King. The smart move, if you want to get the bill passed, is to keep the amendment out of there.”

A spokesman for the National Pork Producers Council, Dave Warner, said NPPC likes King’s bill, but the group’s “top priority in and our focus for the farm bill” is getting funding for a foot-and-mouth disease (FMD) vaccine bank.

The three bills that HSUS is pushing all have significant support in the House Agriculture Committee. The horse-soring bill, the Prevent All Soring Tactics (PAST) Act, is sponsored by a committee Republican, Ted Yoho, a Florida veterinarian, and has more than 250 House co-sponsors. They include Agriculture Committee Republicans Rodney Davis of Illinois, Jeff Denham of California and Roger Marshall of Kansas.

The Dog and Cat Meat Trade Prohibition Act is a new issue. Supporters say the bill is needed to prevent a trade in dog and cat meat from taking hold in the United States at a time when the country is pressing Asian nations to address the practice. The bill has at least 11 GOP members of the House Agriculture Committee as co-sponsors.  “I find it difficult to imagine Republicans would oppose an effort to stop people from eating dogs in the United States,” said Pacelle. “That’s not a winning issue for anyone to be on the other side of that.”

The Pet And Women Safety (PAWS) Act is needed, according to supporters, to prevent pets from being targeted by abusers in domestic violence cases. Supporters of the bill say women sometimes stay in violent situations for fear of their pets being hurt if they flee.

Pacelle said HSUS may support the farm bill if those measures are included. A spokeswoman for the House committee said it was too soon to say which of the bills could be included as amendments to the farm bill.