Home » Where will energy investments fit in a new infrastructure bill?
News Energy

Where will energy investments fit in a new infrastructure bill?

“Actually, infrastructure is something that I think we’ll have bipartisan support on,” he said. “I actually think Democrats will go along with the infrastructure (bill). . . We’re going to get infrastructure built quickly, inexpensively.”

The White House says Trump’s infrastructure initiative has already scored significant successes: “President Trump has unleashed oil and gas development in the United States by expanding access to resources and the infrastructure needed to get them to market,” including authorizing the Keystone XL and Dakota Access pipelines.

Also at Trump’s Aug. 15 Trump Tower meeting with reporters, National Economic Council Director Gary Cohn said he expects Congress to tackle infrastructure legislation this year. Explaining that the administration’s top-priority tax reform legislation needs to be finalized “between now and Thanksgiving,” he said the next priority will be infrastructure. “As soon as tax comes out of the House and goes to the Senate,” Cohn explained, “we’ll put infrastructure in the House.”

In his presidential campaign, Trump dismissed his opponent Hillary Clinton’s promise of $275 billion for federal infrastructure spending over five years, plus $225 billion in loan guarantees, as “a fraction of what we’re talking about.” Doubling the stakes, candidate Trump promised $1 trillion over 10 years. Even Trump’s critics were optimistic that the president would be able to win over the conservative Republicans in Congress who blocked the Obama administration’s repeated attempts to boost federal infrastructure spending.

That early optimism faded fast after the Trump administration released its fiscal 2018 federal budget proposal in May. The budget proposes $200 billion for federal infrastructure spending over 10 years, with the remaining $800 billion of the promised $1 trillion total to come from states, local government, and the private sector. The budget includes just $5 billion for infrastructure in fiscal 2018. Explaining its proposed mix, the administration states that traditionally, “only one-fifth of infrastructure spending comes from the federal government; the vast majority comes from states, localities, and the private sector.”

Senate Minority Leader Chuck Schumer, D-N.Y., responded with analysis to show that “the President’s $200 billion plan is more than wiped out by other cuts to key infrastructure programs.” The administration’s proposed cuts, for instance, include $96 billion less for the Highway Trust Fund that finances transportation projects and eliminating Essential Air Service subsidies for rural airports.

The White House hasn’t released full details yet about Trump’s infrastructure package. But it’s generally understood that it would rely heavily on attracting private sector investment in return for the rollback in federal regulations that’s already begun, generous tax credits, and toll revenues from new bridges and highways. The administration also insists that federal infrastructure spending needs to be reined in.

“The flexibility to use federal dollars to pay for essentially local infrastructure projects has created an unhealthy dynamic in which state and local governments delay projects in the hope of receiving federal funds,” according to the White House. “Overreliance on federal grants and other federal funding can create a strong disincentive for non-federal revenue generation.”

After a bipartisan push, where will Senate’s infrastructure bill land?
How will renewables fit in Trump’s job creation agenda?
A new farm bill in 2018? Timing will be (almost) everything

Critics charge that Trump’s approach might work well for urban areas where the private sector could count on generating profits, but not for rural America. In a town hall meeting last week, Sen. Claire McCaskill, D-Mo., said private businesses are “only interested in building roads and bridges if they can have a stream of revenue to recover their investment and make some money on it,” according to the Kirksville Daily Express.

McCaskill said toll roads are not popular in Missouri and they would do nothing to help rural highways and bridges. “If we just did the president’s plan, it would be fine for Kansas City and St. Louis, but it would leave rural Missouri behind.”

The White House’s response is that “Rural America will receive grants to rebuild crippled bridges, roads, and waterways.” 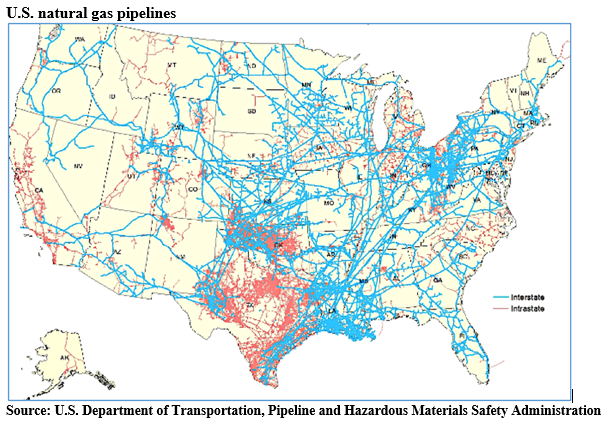 These figures for expected infrastructure investment may significantly underestimate the need. The Energy Department’s 187-page “Electricity Markets and Reliability” report released last week finds that as the nation shifts from coal and nuclear for electricity generation to greater dependence on natural gas and on renewable energy from wind, solar and other sources, there is increased need for investing in pipelines, transmission lines, and other energy infrastructure.

The DOE report adds, however, the good news that “well-planned transmission investments also reduce total costs.” It points to Southwest Power Pool analysis showing that its $3.4 billion in planned transmission investments “was expected to reduce customer cost by $12 billion,” resulting in “an estimated benefit of $3.50 for every dollar invested.”

Energy policy expert Frank Maisano, senior principal with Bracewell & Giuliani’s Policy Resolution Group, tells Agri-Pulse that passing infrastructure legislation will be a challenge due to “the current political environment, hard feelings between and inside each party, and budget limitations.”

Yet Maisano expects Congress to pass a bill that “will be expansive and eventually bipartisan.” He explains that “one needn’t look further than the recent grid study report from DOE which holds energy infrastructure out as a priority. Both gas and electric transmission as well as new generation assets will be a priority.” He points out that “infrastructure improvements, whether roads, bridges, ports or energy, must be updated regularly to ensure safety of Americans, provide the newest technologies, and create new jobs and economic growth” and that “infrastructure is something that can bring people together.”

Maisano concludes that Congress will act because “these are opportunities to drive the economic engine that infrastructure creates. It also may be an opportunity to bridge the current partisan divide enveloping Washington.”