“Both Sempra Energy and Oncor share more than 100 years of experience operating utilities that deliver safe, reliable energy to millions of customers,” said Debra L. Reed, chairman, president and CEO of Sempra Energy. “With its strong management team and long, distinguished history as Texas’ leading electric provider, Oncor is an excellent strategic fit for our portfolio of utility and energy infrastructure businesses. We believe our agreement with Energy Future will help ensure that Texas utility customers continue to receive the outstanding electric service they have come to expect from Oncor and provide stability to Oncor's nearly 4,000 employees.”

Warren Buffett’s Berkshire Hathaway Energy previously announced they would not increase their $9 billion offer for the company.

“We are disappointed our agreement to acquire Oncor has been terminated,” said Greg Abel, Berkshire Hathaway Energy chairman, president and CEO. “We are extremely grateful for the strong support and extraordinary backing from all of the stakeholders in Texas. Our experience working with Oncor, its management and employees, as well as the state of Texas, has been exceptional, and we can’t thank those involved enough for their professional and principled approach to the transaction.”

As of June 30, Oncor had approximately $1.2 billion in borrowings. The Public Utility Commission of Texas (PUCT) discussed Oncor’s fate in their last open meeting on August 17, prior to the Sempra offering. Commissioner Kenneth W. Anderson expressed concern that proposed buyouts addressed paying for debt that was not Oncor’s responsibility, but rather was incurred from the 2007 leverage buyout of PXU.

“While we don’t have any transaction that’s officially before the commission, I would just repeat once again that the continued existence of any material amount of debt above Oncor Holdings will be a concern. And it’s a concern that I … will want to see very, very strong protections for,” Anderson said. “One of the most important aspects is that the cash flow generated out of Oncor must be protected in so far that it needs to be available to Oncor management, to Oncor’s board to put it back into the business.” 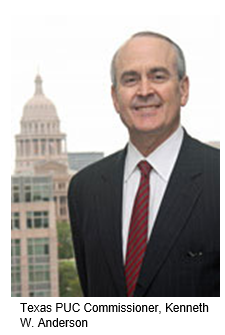 As part of the transaction, Sempra Energy has committed to support Oncor's plan to invest $7.5 billion of capital over a five-year period to expand and reinforce its transmission and distribution network. Through the agreed-upon 47 regulatory commitments, Texas stakeholders focused on protecting Oncor from unnecessary risk, including having no debt at intermediate holding companies. Sempra’s acquisition will aid EFH in resolving its bankruptcy case by assuming Oncor’s debt. The enterprise value of the transaction is approximately $18.8 billion. Sempra Energy expects the transaction to be completed in the first half of 2018.

“For investors, this transaction is expected to enhance our earnings beginning in 2018 and further expand our regulated earnings base, while serving as a platform for future growth in the Texas energy market and U.S. Gulf Coast region,” said Reed. “Our proposal will help bring a satisfactory resolution to Energy Future’s bankruptcy case, keep Oncor financially strong, and protect Oncor customers, while addressing the needs of Texas regulators, creditors and the U.S. Bankruptcy Court.”

At the completion of the transaction, Bob Shapard, Oncor’s CEO, will become executive chairman of the Oncor board of directors and Allen Nye, currently Oncor’s general counsel, will succeed Shapard as Oncor’s CEO. Both are slated to serve on the Oncor board, which will consist of 13 directors, including seven independent directors from Texas, two from existing equity holders and two from the new Sempra Energy-led holding company.

The transaction is subject to customary closing conditions. A bankruptcy hearing is scheduled for Sept. 6 to approve the Sempra merger and plan support agreements. PUCT approval is expected in the next six months.