WASHINGTON, Aug. 29, 2017 - Harvey is still wreaking havoc after slamming into the Texas coast Friday as a Category 4 hurricane with deadly 135 mph winds. Now a tropical storm, Harvey continues to drop massive amounts of rain – in some areas more than 4 feet has fallen – on vulnerable livestock and unharvested crops, while blowing cotton modules off farms.

It may be weeks until a full assessment can be made of the damage done by Harvey to crops and livestock in Texas and neighboring Louisiana, but it’s already obvious that a lot of cotton, corn, soybeans, sorghum and animals will have been lost by the time the flood waters recede, which could be weeks.

The storm has meandered back over the water after flooding Houston and nearby cotton fields and is poised to hit the Texas-Louisiana border today.

“We had the best crop ever and only a fourth of it was ginned, so we were indeed vulnerable,” said Jimmy Dodson, former chairman of the National Cotton Council, who farms near Corpus Christi and is a civic leader there. “Wind speeds here were in the 70’s, not the 120’s just north of here. We are very thankful and feel like the sole survivor of an airplane crash, because the damage north of us is terrible and almost total to modules, crops still in the field, and the gins themselves.”

Dodson is indeed one of the lucky ones. Texas Agriculture Commissioner Sid Miller told Agri-Pulse that the state will suffer at least $150 million in agricultural damage from Harvey, but he predicts the toll will be higher. He says he knows of more than a hundred cotton modules that have been blown off farms. 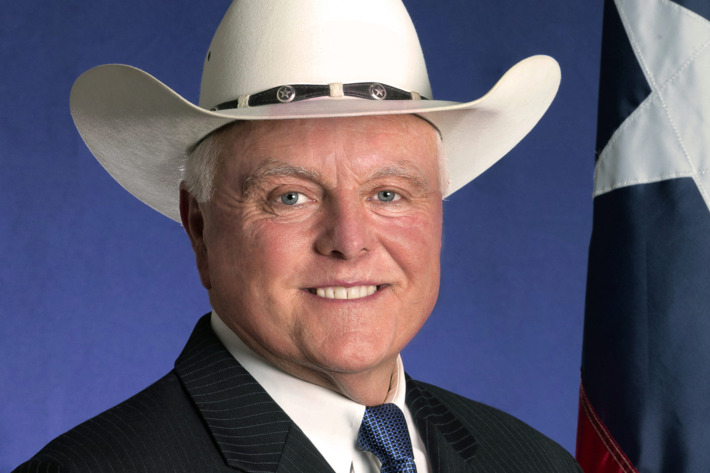 While most of the cotton has been harvested in Texas, the biggest cotton-growing state, more than half the fields in the El Campo area outside Houston were not when Harvey’s deluge began.

Gaylon Morgan, a professor and extension agronomist at Texas A&M University, told Agri-Pulse that much of that cotton was still on the stalk and had been defoliated.

The Rio Grande Valley area is cotton country and there will likely be significant losses, according to Morgan. Most of the cotton in the Corpus Christi area has already been harvested, but much of it is likely still in modules on the ground and susceptible to flood damage.

“Under high wind and heavy rain, there will likely be substantial yield losses for what’s left in those fields,” Morgan said. 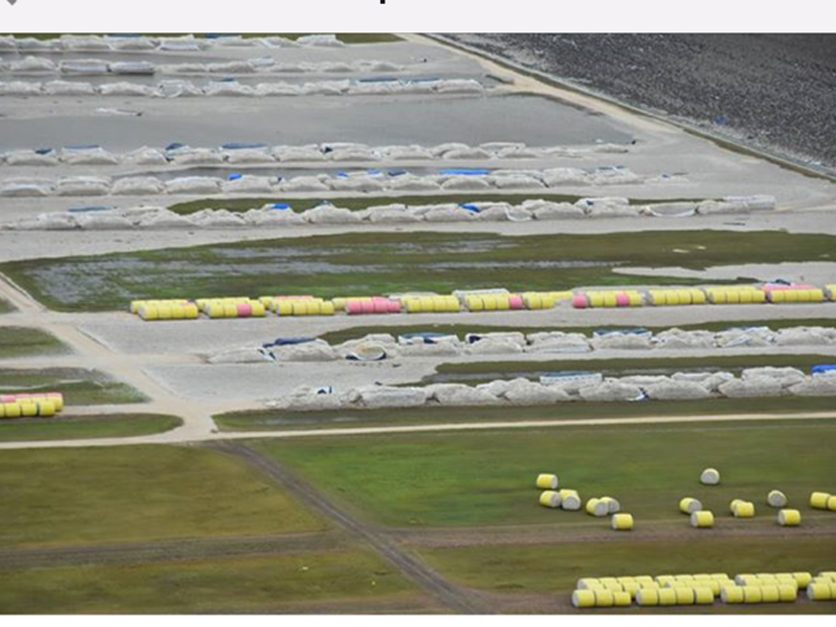 Even cotton as far away as the Austin area will see yield loss from the excessive rains, he said.

But just because some farmers got their cotton to the gin before Harvey hit doesn’t mean they’re in the clear, Miller said.

“Some of the gins got destroyed and others were damaged,” the commissioner said. “Even if (farmers) got their cotton to the gin, it doesn’t mean they got paid for it.” And much of the cotton delivered to gins has been soaked. So those gins still operational will be forced to sit idle and wait for the moisture to reduce enough to “gin at a much-reduced pace,” according to a state Department of Agriculture assessment.

Many Texas rice farmers are in the same position, Miller said. About 80 percent of the state’s rice has been harvested, but some of the storage facilities holding the rice have been damaged.

Miller said there are no numbers in yet about cattle deaths. Getting fresh water and hay to animals in flooded fields has been extremely challenging, he said.

David Anderson, a professor and extension economist in the Department of Agricultural Economics at Texas A&M University, tells Agri-Pulse says he sees a dire threat to much of the 1.2 million head of cattle (that’s about 27 percent of the state’s total) in the 54 Texas counties that have declared a disaster because of Harvey.

Ranchers only had a few days to try to move their cattle to high ground before Harvey hit, Anderson said, but in many areas, there is no high ground and the bulk of the animals were left to face the storm.

The Texas DOT tweeted a video of rescuers trying to drive cattle to higher ground near Beaumont, Texas yesterday

“It’s too early to know anything about the impact on the number of head, but certainly this kind of disaster is still ongoing because we’ll have cows out there in flooded pastures and no feed,” he said.

Jeremy Fuchs, a spokesman for the Texas and Southwestern Cattle Raisers Association, said the group is ready to help its members, but is waiting to find out what is needed.

“It’s still kind of in a holding pattern,” he said. “Unfortunately, a lot of the impacted areas still have a lot of flooding. … The cattle raisers haven’t really been able to get out in the pastures and assess what’s going on with their herds and tell us what their needs are.”

USDA’s Animal and Plant Health Inspection Service announced Tuesday that it is coordinating with the Texas Animal Health Commission to help livestock producers who were in the path of the storm.

“In addition to manpower, APHIS has boats and aircraft that are fueled and ready to assist not only with evacuations of people and pets but also to help deliver food and other supplies to stranded livestock…. Should it be necessary in the coming days, APHIS has the expertise to assist with carcass removal and disposal as well.”

Commissioner Miller said getting food to people in need has been a priority in the emergency. The state has food and water supplies – a part of the USDA’s commodity food program – and the state Agriculture Department is mobilizing for delivery, he said.

“We’ve got seven warehouses across the state,” said Miller, who’s been in contact with USDA Secretary Sonny Perdue and Ray Starling, special assistant to the President for Agriculture, Trade and Food Assistance. “We’re shipping food out to refugee centers and shelters.”

The situation is far less dire in Louisiana, but the rains are worsening there and threatening crops as Harvey looms.

Cotton and soybean farmers could be facing losses, but that all depends on how much rain Harvey brings, said Kyle McCann, associate commodity director for the Louisiana Farm Bureau Federation.

“I’m speaking with our farmers across the state … and the jury is still out on exactly what kind of damage we’re going to see,” McCann said. “The big problem right now is delays in harvesting. Our corn farmers were busy harvesting right up until the rain bands started to move in the state.”

The biggest potential for damage, he said, is to soybeans and cotton. A lot of the cotton bolls are just beginning to open, he said, and that makes the crop vulnerable.

Much of the soybean crop has defoliated and farmers were waiting until plants dried before harvesting, he said. But now there’s more moisture on the way – maybe a lot of it.

“Until the rain stops, we’re not going to know what kind of damage we’re facing,” McCann said.