NEW ORLEANS, Sept. 13, 2017 – FDA Commissioner Scott Gottlieb says his agency is “taking a step back” to “reset” certain aspects of the Food Safety Modernization Act to make sure the law is sustainable in the long run and feasible for states to implement.

Speaking Tuesday at the annual meeting of the National Association of State Departments of Agriculture in New Orleans, Gottlieb said that as part of the reset, his agency is pushing back the start of inspections to assess compliance with the non-water requirements of FSMA’s Produce Safety Rule by a year, to 2019.

He also said that FDA issued a proposed rule that would extend the compliance dates for agricultural water requirements by an additional two to four years (for produce other than sprouts). FDA says the extensions will let the agency take another look at the water standards to ensure that they are feasible for farmers in all regions of the country, while protecting public health. The compliance date for the largest farms would be set at Jan. 26, 2022, while smaller farms have more time. The proposed rule is open for public comment for 60 days.

“I don’t want to be in a situation where we’re arguing about implementation of the rule for the next 10 years,” Gottlieb told Agri-Pulse in an exclusive interview after his speech. “We need to make sure that we take a step back now, work with the states closely, get the right framework in place … so that we can implement it in a way that it’s going to be sustainable, where there will be broad political support for it, and where the states are invested in it.” 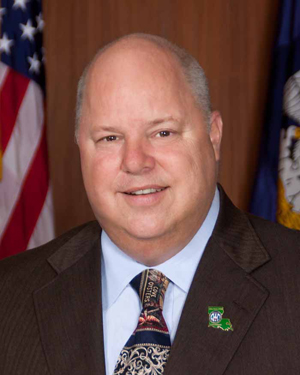 “We are pleased that states will have more time to deploy educational tools for our producers based on that guidance,” Strain said in a release. “FDA is showing support of an important transition from the reactive programs that have existed in the past to the preventive programs of the future,” said Strain.

Strain specifically referred to FDA’s plan to use the extra year before inspections begin for compliance with the Produce Safety Rule to expand “On-Farm Readiness Reviews.” As part of the reviews, already piloted in six states, teams of state officials, cooperative extension agents, and FDA produce experts provide farmers with an assessment of their “readiness” to meet the new requirements.

Extending the compliance dates for agriculture water requirements, Strain said, “will provide producers with more practical and achievable water quality expectations across our diverse food production landscape.” He said Gottlieb’s announcement “underscores the growing strength of our cooperative partnership with the FDA” and “is an important first step towards feasible water standards for America’s producers.”

Gottlieb also said the agency is beginning discussion on potentially modifying the so-called 483 process, in which FDA investigators visit produce farmers and issue a report to management if they see any possible violations of the Food, Drug and Cosmetic Act. These would include practices or conditions that would indicate that produce has been adulterated or is being prepared, packed, or held under conditions whereby it may become adulterated or rendered injurious to health.

“We’re taking a look at how we issue findings when we inspect produce farmers to see if we can come up with a framework that will lend itself to easier dispute resolutions,” he said. “To do that right, to have a viable process for resolving disagreements about what we might be finding as part of our inspections, we might need to have different way to inspect, a different way to find things, a different way to identify what we find in our inspections…something different that the 483 process … so taking a step back to consider what that may look like is a pretty significant.”

“Those things take time to get right and they are worth doing right because you want them to endure in the long run.”