WASHINGTON, Sept. 13, 2017 - The U.S.-Korea free trade agreement, known commonly as KORUS, has been a target of criticism from the White House for months, but the fact that the two countries are still talking about how to improve the pact has the U.S. ag community hoping it will survive.

It’s unclear exactly what the U.S. is demanding and what South Korea will be willing to change in the pact, but the two countries are continuing to work together on the free trade agreement that has allowed the U.S. to sharply increase its agricultural exports to the Asian nation.

“We continue to carry on our discussion based on the first (session),” South Korea Ambassador to the U.S. Ahn Ho-Young told U.S. trade officials and reporters this week during a speech in Washington. “Soon I hope we’ll be able to set the date for a second session and then move on from there.” 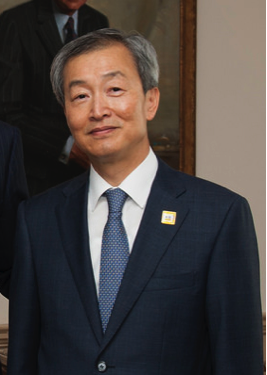 The two countries are talking about possible changes to KORUS because the Trump administration is unhappy about the roughly $28 billion deficit in traded goods that the U.S. is running with South Korea.

It was in July that the Office of the U.S. Trade Representative officially asked for a meeting with South Korea under a dispute provision built into KORUS. South Korea agreed and on Aug. 22 USTR Robert Lighthizer spent the day discussing potential fixes with Korean Trade Minister Hyun-chong Kim.

After the meeting, Ahn said Monday, Lighthizer assured South Korean leaders that “meaningful advances” could be made in talks.

But that optimism quickly turned sour before Labor Day when President Trump was reportedly considering pulling the U.S. out of the five-year-old FTA. That sparked an immediate uproar from several powerful agriculture lobbying groups.

“Any disruption in the relationship wheat growers have built in Korea over more than 60 years gives Australia, Canada and even Russia an opening to move in and take business away from us at a time when we are all struggling to stay profitable,” said U.S. Wheat Associates Chairman Mike Miller in a statement. “KORUS, like the North American Free Trade Agreement, has been very good for American agriculture.”

U.S. cattle ranchers would be one of the biggest losers if KORUS is scuttled.

South Korea is now the second largest foreign market for U.S. beef exports – including a lot of cuts that are difficult to sell on the domestic market – and that’s mostly because of KORUS, said Kent Bacus, international trade director for the National Cattlemen’s Beef Association.

Before KORUS was implemented in 2012, there was a 40 percent tariff on U.S. beef. That’s been dropping steadily, giving U.S. exporters an edge over Australian shippers, and will hit zero by 2027.

The U.S. became the largest beef supplier to South Korea in 2016, surpassing Australian exports for the first time. U.S. beef exports to South Korea reached about $1.1 billion last year, almost double what they had been just four years earlier, according to NCBA data.

“We were very concerned that this was even a consideration,” Bacus said about the White House threat to drop out of KORUS.

For now, at least, KORUS lives on and the two sides are continuing to talk, Ambassador Ahn said.

He flatly denied that his government would engage in market manipulation to increase Korean imports in order to appease the White House, but he also stressed that U.S. exports are on the rise.

“Korea is taking many different measures that will substantially increase (imports) from the United States,” he said and predicted that U.S. exports of liquefied natural gas to Korea will increase by $3 billion per year.

Furthermore, Ahn said the White House should know that if KORUS is dissolved, the U.S. trade deficit will balloon quickly, adding another $14 billion as tariffs snap back into place.

But there’s still a cloud over whether or not KORUS will survive in the long term.

“We’re not sure where we are or where we’re going, but we do know the White House heard our message and as a result didn’t (drop out of KORUS) – for now,” Bacus said.

David Salmonsen, a senior director for congressional relations at the American Farm Bureau Federation, was equally unsure of the future of the trade pact.

“The hurricanes pushed it off the front pages of the news, but it’s still awfully tense,” he said.