WASHINGTON, Sept. 20, 2017 – The popular mantra from much of the ag sector as negotiators overhaul the North American Free Trade Agreement is "do no harm," but the very act of renegotiating the massive three-country trade pact may already be costing pork, beef, corn, soybean and wheat exporters in lost opportunity.

The Office of the U.S. Trade Representative still isn’t fully staffed and it’s now preoccupied with rewriting NAFTA, the 23-year old treaty that governs trade in everything from automobiles to sorghum between the U.S., Canada and Mexico.

Meanwhile, groups like the National Pork Producers Council and the National Cattlemen’s Beef Association want the Trump administration to move forward with new trade deals to cut tariffs around the world in countries like Japan and Vietnam.

“They know line by line how to go through these negotiations, but the fact is they could be doing other things,” said Glauber, who has served as USDA’s chief economist as well as chief agricultural negotiator in the World Trade Organization Doha talks. “And other things are negotiating other trade agreements and trying to open markets. So rather than looking backwards, we could be looking forwards.”

One group that’s looking forward and wants to get there as soon as possible is the National Pork Producers Council.

NPPC CEO Neil Dierks told reporters recently that the group believes the U.S. can work on more than one trade deal at a time, but without a full staff at USTR it’s unclear exactly how much can be accomplished.

“There’s no doubt that USTR has been fully occupied because of the renegotiation of NAFTA,” Dierks said. “There’s a finite amount of resources there.”

Meanwhile, the European Union is moving expeditiously around the globe to secure as many trade deals as they can in order to get ahead of competitors like the U.S.

Farmers here would have loved to get Japan to reduce its tariffs on U.S. pork before the EU did so, but that didn’t happen. The U.S. pulled out of the Trans-Pacific Partnership (TPP) with Japan and 10 other countries earlier this year, but afterwards the EU succeeded in nailing down a new free trade agreement with Japan. 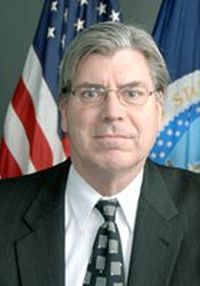 “There’s no question (NAFTA) can be improved, but in the meantime the rest of the world doesn’t wait,” Glauber said. “They’re not saying, ‘Well, let’s see what happens in NAFTA and then we’ll go about our business.’ They are negotiating other trade agreements. Look at the European Union – how active they have been in markets. Look at China and India and other markets the U.S. has an interest in. Even Canada and Mexico have been looking elsewhere … That’s one of the big costs of a negotiation like this – the fact that our attention is diverted elsewhere.”

The EU has closed trade pacts recently not just with Japan, but also with Vietnam and Canada. Now it's negotiating with New Zealand, Australia and even MERCOSUR, a regional economic union including Brazil, Argentina, Paraguay and Uruguay.

“The world is spinning here and we’re not keeping up,” said Nick Giordano, NPPC’s vice president and counsel for global government affairs. “When you’re depending on exports like we are, that’s a real problem. We’re not the only ones in this economy and … we’re a small part of the overall population.”

Giordano remains optimistic that the Trump administration will follow through with promises to negotiate bilateral deals to make up for the loss of TPP.

“While the president signed the executive order stopping TPP, he also said he was going to crank up the bilateral FTA machine,” Giordano said. “We want that to happen. He doesn’t have his team in place yet, so it’s still early in the game, but we need it to happen … We need the United States to be out negotiating state-of-the-art FTAs … If the European Union can be out all over the world negotiating with everybody, surely the United States of America can do likewise and do better.”

Glauber and others maintain the U.S. could be doing more right now if it wasn’t mired in renegotiating NAFTA and demanding that changes be made to the U.S. trade pact with South Korea, known popularly as KORUS.

“We think back a year ago when we were talking about, ‘When can we get TPP passed? When can we get on with (the Transatlantic Trade and Investment Partnership with the European Union)?’” Glauber said. “No one was expecting to turn around 180 degrees and say, ‘OK, let’s check our rear now and make sure that we’re not going to lose access to markets that we’ve already secured like Mexico and Canada.’”

Beyond the opportunities lost while trying to rewrite NAFTA, there’s also the real threat of failing to overhaul the deal to Trump’s liking. The president has threatened more than once to simply pull out of NAFTA and that would be catastrophic for much of the U.S. ag sector, which ships about $40 billion worth of products yearly to Mexico and Canada, most of which is tariff-free.

The loss of that tariff-free status could eventually cause the U.S. pork industry to completely lose the Mexican pork market to the Europeans and others, NPPC officials say.

Farmers get an average of $140 per pig, but without NAFTA that value could drop by as much as $16 to $18 per animal, said NPPC President Ken Maschhoff.

“We have to have tariff-free trade in North America,” Giordano said.