WASHINGTON, June 14, 2017 - When it comes to the North American Free Trade Agreement (NAFTA) there is a consensus among wheat, corn, rice, dairy, pork, beef, sorghum and other producers that while the 23-year old, three-country pact could use a few updates, it would be a massive mistake to endanger the export gains that have resulted from the deal that binds the U.S., Mexico and Canada.

The Trump administration officially informed Congress on May 18 that it intends to renegotiate NAFTA to better protect the U.S. manufacturing sector and cut down the U.S. trade deficit. That declaration kicked off a comment period in which the Office of the U.S. Trade Representative asked the public to submit guidance on goals for renegotiating the free trade agreement.

That comment period lasted through Monday and by the end of the day there were more than 12,000 submissions. Groups like the American Farm Bureau Federation, the National Corn Growers Association and U.S. Wheat Associates agree that NAFTA could be modernized or updated, but also warn that the U.S. should avoid massive changes that could result in the loss of the tariff-free trade they enjoy. 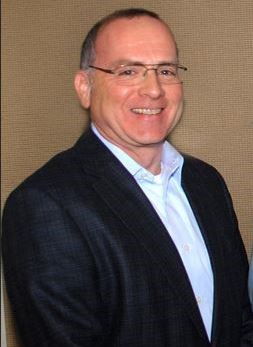 "NAFTA is responsible for creating the number-one export market for U.S. rice and solidifying the number-four market, Mexico and Canada respectively," said Bob Cummings, COO for the USA Rice Federation.

"Our primary message to the U.S. Trade Representative was simple: Do nothing to imperil this access that accounted for 26 percent of all rice exports last year."

Trump administration officials like Commerce Secretary Wilbur Ross have pledged they will “do no harm” to agricultural exports when NAFTA is renegotiated, but many in the ag community are not convinced.

Chip Bowling, chairman of the National Corn Growers Association, said he was still concerned about the potential for disputes to erupt during the renegotiation that could result in Mexico reinstating tariffs.

U.S. pork farmers have a lot to lose, according to the National Pork Producers Council (NPPC), which also submitted comments to the USTR.

“NAFTA is an old trade agreement,” the NPPC in its comments. “In its 23 years, it has accomplished a great deal, but it has also been overtaken by new, unanticipated forms of trade as well as new trade problems. It needs to be modernized. But there are enormous risks associated with withdrawing if efforts to negotiate a more modern agreement fail.”

It’s a common fear among U.S. farm groups. Many agricultural exports have skyrocketed to Mexico and Canada under NAFTA, but a return to the old days of high tariffs would be devastating to farmers and exporters.

Just last year the U.S. shipped over $2 billion worth of pork to Mexico and Canada, according to NPPC data, and those sales could be jeopardized if tariffs were reinstated.

“The U.S. wheat industry’s non-negotiable criteria include that an updated NAFTA cannot include any wheat tariffs, non-tariff barriers, or additional provisions that might be used to restrict trade in wheat, such as more aggressive safeguard mechanisms,” the groups said in a joint submission to USTR.

“The trade relationship between the U.S. wheat industry and Mexican milling and processing sectors has become extremely strong since NAFTA’s implementation. Under no circumstances will we support jeopardizing or weakening that relationship through potential barriers that could substantially reduce our wheat exports to Mexico.”

Before NAFTA, Mexico did not buy U.S. wheat, despite a shared border, NAWG and USW stressed. Now Mexico is the number-one foreign market for U.S. wheat.

“It is almost impossible to exaggerate the benefits of the Mexican market for U.S. wheat producers, and NAFTA is the demonstrable cause of those benefits,” the groups said. Over the past decade, NAFTA allowed U.S. wheat exports to skyrocket to an annual average of almost 3 million metric tons (more than 100 million bushels), they said.

Mexico and Canada have also become major importers of sorghum, corn, ethanol and distillers dried grains (DDGs), and it is agricultural trade that is usually the first to be hurt during trade disputes. That’s why the U.S. Grains Council is advising extreme caution when the three countries rewrite NAFTA.

“All efforts should be expended to maintaining all existing commitments in a ‘do no harm’ manner and expanding upon current market access and other provisions that enhance U.S. market share in both the Canadian and Mexican markets, and that promote economic integration and support farm incomes,” the group said in its submission.

“In addition, it is imperative that other negotiating objectives or independent trade policy actions that could result in retaliation should be avoided at all costs. Agriculture has traditionally been the first target in response to disruptions in trading relationships.”

The U.S. dairy industry would like to see significant changes in Canada’s dairy policies, such as a new pricing scheme that has barred some U.S. producers from supplying the market. But the International Dairy Foods Association (IDFA) is adamant that no major changes be made that would impede trade with Mexico.

“Mexico imported more than $1.22 billion of U.S. dairy products and ingredients in 2016, compared to only $250 million in 1993 before NAFTA was implemented,” IDFA said in its letter to USTR. “U.S. dairy exports to Mexico now account for one quarter of total dairy exports supporting nearly 30,000 American jobs.”

Trump officials have said they expect negotiations to begin in earnest between the U.S., Mexico and Canada this summer, but before then a hearing will be held on June 27 for the public to testify before government trade officials in the Washington headquarters of the U.S. International Trade Commission.

It’s scheduled to be an all-day event, but given the massive outpouring of written statements, the USTR said a second day may be needed to accommodate those who want to testify.

One group already planning on speaking at the hearing is the Farm Bureau.

“One of the most talked about trade agreements, (NAFTA) has been overwhelmingly beneficial for farmers, ranchers and associated businesses all across the United States, Canada and Mexico for decades,” said Dale Moore, an executive director for the Farm Bureau, in the group’s submission to USTR.