Sales of Livestock Gross Margin coverage to dairy producers are periodically halted because of the legal underwriting limit, the report notes. By law, USDA can spend just $20 million a year for subsidies and administrative and operating costs for all livestock insurance products. Under the 2014 farm bill, dairy producers also are not allowed to participate in both LGM and the Margin Protection Program at the same time.

"Very little market penetration will be achieved while the legislated limitation on available funding for livestock insurance expenses is in place,” the report says.

According to the report, 238 million acres of crops were insured in 2015, an increase of more than 11 million acres from 2011. The additional acreage added included fruits, nuts and vegetables as well as row crops such as barley, grain sorghum, peanuts, rice and soybeans. Insured sorghum acreage increased 57 percent over the period, while the insured peanut area grew 54 percent.

The growth in specialty crop coverage also has been substantial in some cases. Acreage in grapes doubled from 2011 to 2015, with an additional 1 million acres added. Cherry acreage increased by 51 percent and insured acreage rose 41 percent from 2011 to 2015.

Insured acreage of walnuts and almonds has increased by 19 and 16 percent, respectively, mirroring increases in increased production of those crops. Coverage of vegetable crops, however, still lags. RMA says that while crop insurance now covers about 74 percent of fruit and nut acreage, only 34 percent of the vegetable market is covered.

The insured vegetable acreage is up slightly from 32 percent in 2011. Just 949,000 acres of vegetables were insured in 2015 out of the 2.75 million acres that were planted that year. Tomatoes were the most widely covered vegetable crop, at 94 percent of planted acres in 2015, followed by green peas at 76 percent and onions at 71 percent. 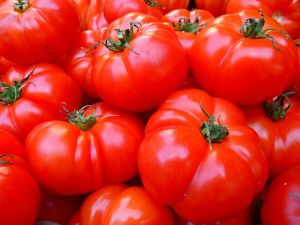 USDA officials say they will be interviewing stakeholders and studying cropping practices and production data for the additional crops and states to see whether it makes sense to offer the insurance.

The report notes that the rate of improper payments has dramatically improved, dropping to 2.02 percent in 2016, less than half of the rate in 2012, 4.08 percent.