WASHINGTON, Sept. 27, 2017 - As many as 350,000 corn growers nationwide are likely to get some type of a payment as the result of a settlement of lawsuits alleging Syngenta’s premature commercialization of a genetically engineered trait caused China to reject U.S. corn imports in 2013.

Syngenta and plaintiffs’ attorneys announced Tuesday that they had reached a settlement in the three-year-old litigation, but did not disclose a sum. Reuters and Bloomberg, citing unnamed sources, put the figure at somewhere around $1.5 billion, but that could not be independently confirmed. All the cases filed sought nearly $6 billion – roughly the amount that plaintiffs’ experts estimated was forfeited by corn growers as the result of lower corn prices that they said were caused by China’s decision.

Syngenta had argued that corn prices were falling even before China halted imports in November 2013 due to the presence of the MIR162 trait in Agrisure Viptera – a trait in corn planted by U.S. farmers but not yet approved by China.

China eventually approved the trait in December 2014, but by then the damage had been done, growers and their attorneys alleged. Eventually, lawsuits were filed in nearly two dozen states,many of which were consolidated in federal court. One that was not, in Minnesota state court, was in progress when the settlement was announced. 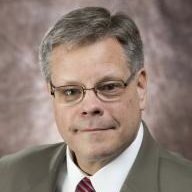 The process is far from over. “All the details have to be worked out,” Syngenta spokesman Paul Minehart said.

“We look forward to continued negotiations with Syngenta as the parties work toward a final settlement agreement,” the lawyers for the plaintiffs said in a brief statement. “We are hopeful that we can reach a final agreement with Syngenta that we can recommend to the court over the next several weeks.” (The lawyers, or lead counsel, are: Don Downing of Gray, Ritter & Graham; Scott Powell of Hare, Wynn, Newell & Newton; Patrick Stueve of Stueve Siegel Hanson; and William Chaney of Gray Reed & McGraw.)

The court they referred to is in Kansas City, Kan., where U.S. District Judge John Lungstrum has been presiding over consolidated litigation. Jurors there returned a nearly $218 million verdict against Syngenta in June.

Syngenta also said it hoped to iron out the details before the end of the year. 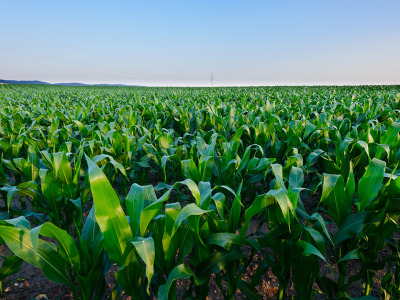 “The settlement, which is subject to court approval, would establish a settlement fund for the submission of claims by eligible claimants who contracted to price corn or corn by-products after Sept. 15, 2013,” the company said in a statement. “Information concerning the settlement fund, claims process, and other details will become available after the parties execute and submit the proposed settlement agreement and other papers to the court later this year.”

“The proposed settlement would allow both sides to avoid the uncertainty of ongoing litigation,” Syngenta continued. “The settlement does not constitute an admission by either side concerning the merits of the parties’ allegations and defenses.”

Syngenta was recently acquired by ChemChina, but Minehart said the settlement was not prompted by the acquisition. “It literally is a matter of, we’ve been at this for three years,” he said.

Nathan Fields, director of biotechnology and crop inputs at the National Corn Growers Association, said his group’s main concern has been and continues to be grower access to technology. Once the settlement is finalized, he said NCGA might have more to say about the litigation’s larger implications.

He did say, however, that the announcement “marks a huge milestone. It allows the industry to move on.”

The settlement does not apply to lawsuits filed by Archer Daniels Midland Co. and Cargill