WASHINGTON, Oct. 4, 2017 - Corn growers in the Texas Panhandle are confronting high levels of fumonisin as they harvest early-planted corn, which has necessitated testing of the grain to ensure safe levels in the supply chain.

It’s still too early in the harvest season to fully assess the extent of the damage, but David Gibson, executive director of Texas Corn Producers, said the problem covers “a bigger area than we’ve ever seen,” perhaps as many as 600,000 acres. “Historically, we’ll see some levels on a spotty basis,” Gibson said. “But we don’t normally take a loss at harvest time in this part of the world.”

Asked about the extent of the problem, Tom Isakeit, Texas A&M AgriLife Extension Service plant pathologist in College Station, said, “It’s pretty widespread.” He said that most of the eight fields he looked at in the past week “had evidence of fusarium ear rot,” which is predictive of fumonisin. 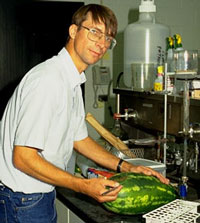 Fumonisin is a mycotoxin produced by a species of Fusarium that can cause adverse health effects in animals that eat contaminated feed. Grain elevators, however, can adopt blending plans to bring levels below regulatory limits. Elevators may dock producers $1 a bushel or more for contaminated corn.

Tests conducted by the Office of the Texas State Chemist (OTSC) have detected levels as high as 104 parts per million in samples from some fields, said Isakeit.

Acceptable levels for feed vary depending on the animal. For instance, “The acceptable level for cattle is 60 (parts per million) because they are ruminant animals, but horses are much more susceptible and can receive no more than 5 ppm fed as 20 percent of their diet before it can cause cell death,” according to Texas A&M’s AgriLife Today. Food and Drug Administration guidance sets levels at 2-4 ppm for human consumption; 20 ppm for swine and catfish, with corn and corn byproducts not to exceed 50 percent of their diet, and 100 ppm for poultry being raised for slaughter not to exceed 50 percent of their diet.

At a meeting in Amarillo last week to discuss the issue, corn growers said they were concerned that testing facilities might not be able to conduct tests quickly enough. But Texas state chemist Tim Herrman said that “we’re going to be adding some people (at grain elevators) that are qualified to issue accurate results.” They will operate as designees of the OTSC. 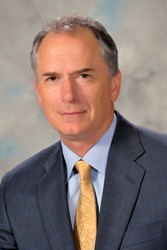 With those people in place, Herrman said he’s confident that timely testing can be conducted. He has announced a “One Sample Strategy” to ensure accurate testing for the marketplace and for USDA Risk Management Agency officials who will be evaluating crop insurance claims.

Texas Grain and Feed President and CEO Tara Artho said “we are encouraging our members to get on board” with the One Sample Strategy. “We want to be vigilant with testing to make sure we have quality grain.”

Growers who have crop insurance will be able to get some assistance, but “crop insurance is not enough to make people whole,” Gibson said.

Weather conditions this growing season – dry and hot in June and July followed by rains in August – contributed to the development  of fumonisin in early-planted corn. Several days of rain in August delayed the ability of corn to dry, Isakeit said.

“If you delay the drying down of corn, the (Fusarium) fungus has time to grow and produce fumonisin,” Isakeit said.

The choice of hybrid also plays a role. Some hybrids “don't do well with stress and are subject to damage that predisposes them to fungal colonization,” he said.

Other factors that can make corn susceptible to fumonisin growth are insect damage and common smut, a fungal disease, Isakeit said.

“This smut acts like a sponge and prevents dry-down of ears,” Isakeit said.

Most of the corn grown in the Panhandle is used for livestock within about 50 miles of where it’s harvested, Gibson said. Some winds up as masa, used to make tortillas.