If that’s the case, it means that the House and Senate Agriculture committees will be able to write the new bill within the spending amounts projected under current law. That wouldn’t allow for increased spending, but it wouldn’t require new cuts either.

The House is set to vote Thursday on a budget resolution that would require the Agriculture committees to make $10 billion in cuts, which most likely would come out of the Supplemental Nutrition Assistance Program.

However, the Senate version of the resolution, released last Friday, has no such instructions for cuts. “I am very pleased that there are no reconciliation instructions directed to the Agriculture Committee,” said Agriculture Chairman Pat Roberts, R-Kan. 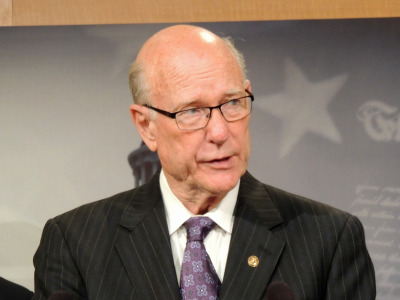 “I appreciate (Budget) Chairman (Mike) Enzi’s efforts to provide budget certainty for the (Agriculture) Committee to craft a farm bill that works for producers across the country. I will continue to work with Chairman Enzi to ensure that the Farm Bill baseline remains intact.”

The Senate and House will still have to agree on a final version of the budget resolution once the two chambers act on their versions.

But Conaway told Agri-Pulse on Tuesday that he expects the final Senate-House deal to omit any required cuts and focus instead on authorizing tax cuts. Republicans need to pass a budget resolution in order to use the budget reconciliation process to move their planned tax cuts. The reconciliation process would allow the bill to pass the Senate without the normal 60-vote supermajority needed to overcome a filibuster on other bills.

“The agreement will allow us to do tax reform and get that done,” Conaway said. So, there will be no instructions to cut farm bill spending? “Yeah, that’s what I’m anticipating,” Conaway said.

“I’m anticipating that we’ll be able to work within the number we had,” Conaway said, referring to the projected farm bill “baseline,” the amount of money that would be spent if the 2014 farm bill were simply extended beyond its expiration date. A committee spokesperson confirmed that the June 2017 CBO Baseline (FY2018-27) is $878.5 billion.

The House committee’s staff has been working on proposed language for the next bill, but Conaway indicated that the panel has not yet gotten to the point of making the various provisions fit together under the expected spending limits. “We haven’t done a collective all-in program because we’re still trying to make choices between various options to get this thing put together,” he said.

Conaway says he expects the committee to be ready to debate a draft bill by late November. Conaway doesn’t plan to take the bill, however, until leaders set aside time for it to be considered on the House floor shortly after committee action. “It’s just a matter of when we can get floor time. We’ll have our work done,” he said.

The Senate Budget committee is scheduled to debate its version of the budget resolution Wednesday and Thursday. Despite there being no instructions in the resolutions for farm bill cuts, Sen. Debbie Stabenow, D-Mich., may raise concerns that the measures assume a number of reductions across the federal budget, including a cut of at least $21 billion in farm bill spending. 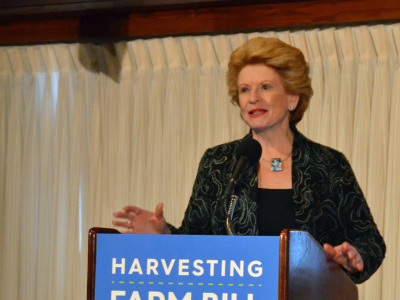 (Because there are no instructions to the Agriculture or other committees to carry out the reductions, the spending cuts are essentially unenforceable, serving primarily to allow the resolution to claim to reduce spending by $5.1 trillion.)

Stabenow is ranking Democrat on Senate Agriculture and a member of the Budget Committee.

The only committee instructions in the Senate resolution are to the Finance Committee to cut taxes by $1.5 trillion and to the Energy and Natural Resources Committee to produce $1 billion in revenue, presumably by opening the Arctic National Wildlife Refuge to drilling.

In June, some of the most conservative House Republicans were pushing to cut welfare spending by $400 billion over 10 years to help offset the tax cuts. Their proposal would take several steps to knock people off the SNAP rolls who are classified as able-bodied adults without dependents (ABAWDs).

In the end, however, Conaway was able to limit the cut required by the House budget resolution to $10 billion over 10 years. Now, he expects even that requirement to disappear in the final House-Budget deal.