WASHINGTON, Oct. 11, 2017 – In conversing with leaders for the Foundation for Food and Agriculture Research, one does not get the impression that theirs is a future almost entirely in the hands of a cash-strapped Congress.

FFAR was created in the 2014 farm bill and allocated $200 million. The only catch was that the group had to secure matching funds from non-federal partners, which they’ve done in a number of projects so far. Now, as the group’s board looks ahead to the upcoming farm bill, there’s an inescapable truth: They need to get funding again. And in a farm bill where money will be tight, making that case won’t be as easy as they might like.

“We think we have such a strong value and we’ve had so much support from the Hill that I think we’ll continue to have that support. I’m not quite sure what form, but I’m hopeful that we’ll have support,” Sally Rockey, FFAR’s executive director said in an interview with Agri-Pulse while at the same time acknowledging the “constraint” of “the fiscal realities of what Congress is faced within this next farm bill.”

FFAR’s board was in Washington last week for an annual meeting and to talk with members of Congress about where things stand. They met with Senate Ag Committee Chair Pat Roberts, R-Kan., and staff from the office of Debbie Stabenow, a Michigan Democrat and the committee’s ranking member. Roberts and Stabenow were two of FFAR’s biggest champions during the drafting of what became the 2014 farm bill.

“Budgets are tight, but we got, I think, positive signs from both of these leaders that they will try to work to find resources to help keep FFAR going forward in this next farm bill,” Mark Keenum, FFAR’s board chair as well the president of Mississippi State University, told Agri-Pulse. 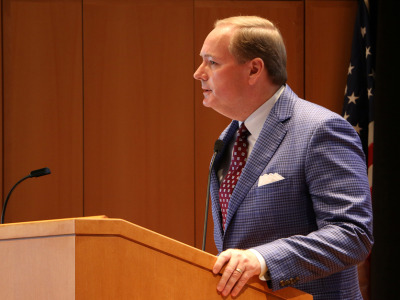 Bob Stallman, a member of the board and the former president of the American Farm Bureau Federation, recounted to Agri-Pulse some details of a summer meeting with House Ag Committee Chair Mike Conaway, R-Texas. He said Conaway was familiar with FFAR’s work and “thought we were really doing a good job,” but said he couldn’t guarantee “how that translates into money.”

“No one is saying ‘we can get you X number of dollars,’” Stallman said.

For now, FFAR is working its way through the $200 million allocation research grant by research grant. At a public meeting Friday in Washington, Rockey gave a rundown of the group’s progress, saying they were “light years ahead” of where they were even a year ago, garnering $78 million in 39 matching funds grants from 65 different donors and partners.

While they certainly aren’t hoping for this, getting less than $200 million wouldn’t be the end of the world. Rockey said getting even a reduced level of funding would still allow FFAR to continue to build partnerships.

“That funding is key to bringing people around the table and providing incentive for people to work with us,” she said, “so we will work with whatever Congress sees fit to give us.” 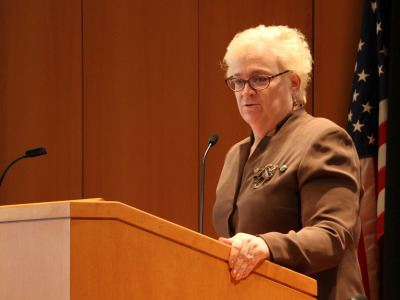 But they say it’s critical Congress gives them something, preferably another round of $200 million. FFAR can point to the potential of their research – a project studying photosynthesis has improved yield by 20 percent in some conditions – and the general need for the kinds of studies they support. The fact that the board is well represented with prominent names – including a former secretary of agriculture (Dan Glickman) – doesn’t hurt their cause either.

“None of us are new at this game,” noted, Pam Johnson, a former president of the National Corn Growers Association who currently sits on the FFAR board. “Our board is well-networked and well-connected and really has a deep commitment for ag research for not just the last three years, but we have in the past. So we’re building on those networks.”

Johnson, a farmer from northern Iowa, said she’s also cognizant of the benefits she can see of prior investments in ag research. That realization only underscores her belief that this is a program worth supporting.

“We have to keep continuing to make those investments now so we can see those results in the future,” Johnson said. “It might be longer than we’d like to see, but if we don’t start now, we’re going to be making investments on damage control rather than on research investments.”