WASHINGTON, Oct. 11, 2017 - As they prepare to write a new farm bill, the House and Senate Agriculture committees are sorting through dozens of requests for increased funding across every title, and lawmakers have no new sources of money to fill the demands.

The requests won’t be easy to ignore either, given that they all have constituent groups that have allies on the committees and elsewhere in Congress. Many of the requests have been introduced as separate bills.

The demands include the billions in new commodity-program spending requested by dairy, cotton and other crops, as well as requests for hundreds of millions of dollars in funding for conservation programs and agricultural research. A single proposal – to increase the cap on the Conservation Reserve Program – would cost up to $500 million a year if the limit were raised to 30 million acres from the current 24 million.

House Agriculture Chairman Mike Conaway, R-Texas, made reference to the funding challenge as he closed the committee’s listening session Monday in Cobleskill, N.Y., the sixth such meeting.

“There was not one speaker who requested a cut in a program. Most all of the speakers asked for more money and many asked for flat funding, but no one asked for less money,” Conaway said. 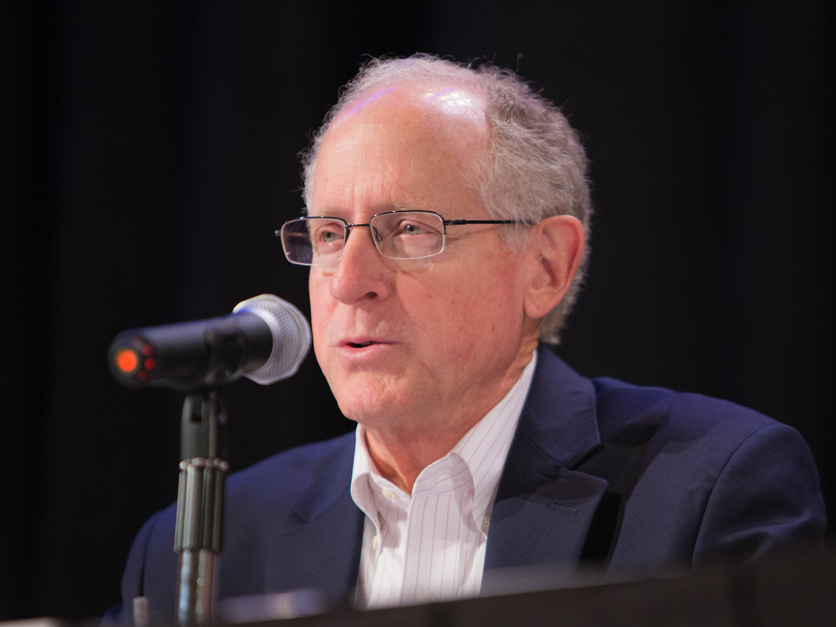 “My colleagues and I have a difficult path ahead of us to try to meet all the legitimate needs that were expressed this morning.”

The fiscal 2018 budget resolution that the House approved last Thursday could make Conaway’s task even more difficult – the measure would require his committee to make $10 billion in spending cuts – but Conaway expects the cut to disappear when House and Senate negotiators work out the final version of the legislation. Even so, that just means that the committees will likely have to find money for new spending priorities in existing programs.

Here’s a look at the funding demands, title by title:

The biggest challenges involve cotton and dairy. Cotton producers have been lobbying to make cottonseed eligible for the Price Loss Coverage program, with some, but not all, of the cost offset by reallocating payments that are now paid on “generic” base acreage, formerly cotton acreage. Dairy producers have repeatedly asked Congress to overhaul the Margin Protection Program, a request that was repeated frequently during Monday’s listening session.

A fiscal 2018 spending agreement due in December could go a long way toward addressing that issue. The Senate version of the FY18 spending bill for USDA would provide $1 billion over 10 years for cottonseed and MPP.  Due to a quirk in congressional rules, appropriators don’t have to cut spending elsewhere to offset that added cost because there would be no projected spending in FY18.

The Senate appropriations provisions don’t nearly go as far as either the National Cotton Council and National Milk Producers Federation have requested.

Other proposals facing the House and Senate Agriculture committees:

There are two major sets of proposals before the Agriculture committees, one of them from a coalition of environmental groups that includes Defenders of Wildlife, Environmental Defense Fund, Natural Resources Defense Council and the World Wildlife Fund. The groups said funding for conservation programs should be increased but didn’t request specific amounts.

The coalition didn’t include specific funding amounts because individual groups put a higher priority on some programs than others, said a policy specialist with one of the organizations.

The second set of proposals came from a coalition that includes sportsmen’s groups as well as the Association of Fish and Wildlife Agencies and The Nature Conservancy. Among that coalition’s proposals:

In addition, the Senate Ag committee’s ranking member, Sen. Debbie Stabenow, is working on a bipartisan effort to increase resources for the Regional Conservation Partnership Program, according to a Senate source.

The Cultivating Revitalization by Expanding American Agricultural Trade and Exports Act supported by corn, soybean and wheat growers as well as the Organic Trade Association and others would gradually increase funding for the Market Access Program from the current $200 million to $400 million per year. Funding for the Foreign Market Development program would be increased from $34.5 million to $69 million per year.

The Value Added Producer Grant Program is one of the 37 programs with no funding after 2018, but it would get $20 million a year under the recently introduced Local FARMS Act. The program is especially popular with small-scale producers and advocates of local and regional food markets. “The local food market has clearly matured into an economic driver of real significance for American farmers and rural communities,” said Wes King, a policy specialist with the National Sustainable Agriculture Coalition.

Another expiring program with no baseline, Farmers’ Market and Local Food Promotion, would get $40 million a year under the Local FARMS Act, up from the $30 million annually provided by the 2014 farm bill. The expiring National Organic Certification Cost Share Program would continue to receive $11.5 million a year.

The Senior and Veterans Farmers Market would be expanded to include veterans and would receive a funding increase, from $20.6 million to $50 million annually.

The Local FARMS Act would also create some new programs, including a Local and Regional Food Systems Value Chain Coordination Program and Food Safety Certification Cost-share Program, which would each receive $10 million a year.

The Foundation for Food and Agriculture Research was created by the 2014 farm bill with a one-time infusion of $200 million. The board is now seeking another $200 million. A smaller amount would still help, said FFAR Executive Director Sally Rockey. “That funding is key to bringing people around the table and providing incentive for people to work with us,” she said.

The Organic Trade Association and other groups want to increase funding for the Organic Agriculture Research and Extension Initiative from $20 million to $50 million per year.

The Agriculture Energy Coalition, which represents the renewable energy and chemical sectors, has released detailed proposals to boost funding for the energy title, much of which expires next year with no future funding.

Under the group’s plan, funding for the Rural Energy for America Program, which doesn’t expire, would triple to $150 million annually. “The request for additional funding is based on the backlog of applications for this very popular program. REAP has been oversubscribed three-to-one for years,” said Paul Winters, a spokesman for the Biotechnology Innovation Organization.

Among their proposals for the expiring programs:

Livestock groups have requested $150 million in new spending over five years for a vaccine bank to combat a possible outbreak of foot and mouth disease.