WASHINGTON, Oct. 18, 2017 – CSX Transportation says criticisms of its recent rail system performance are merited, but they’re going to stick with a turnaround plan that shippers and others say is light on necessary data.

The Surface Transportation Board recently convened a meeting to discuss complaints about CSX service after shippers got vocal about communications issues with the company. Speaking at the STB hearing last week, Hunter Harrison, CSX’s CEO, defended the new approach the company is taking, but said its execution caused issues.

“Whatever problems we’ve had, we had internally. We made some mistakes,” he said. “This is not a failure of precision schedule railroading.”

He cited experiences using the plan at previous places of employment, saying it is the “gold standard” and a “tried and true system.” Harrison was apologetic to the shippers that use the system, joking that “my little bit of reputation I had certainly got tarnished with the service we provided over this three-month period.” 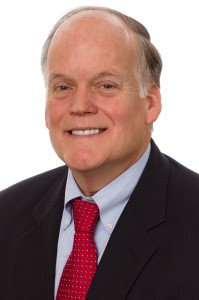 To hear Randy Gordon tell it, CSX’s problems are relatively recent. In testimony provided to the STB, Gordon, the president of the National Grain and Feed Association, said he was hearing from his members about CSX’s “abrupt failure” to “provide the reliable, consistent and predictable service its customers generally experienced prior to implementation of its new operating plan earlier this year.” Gordon also cited an “inability of CSX customer service personnel to respond to inquiries from rail customers,” adding that prior to July of this year, CSX “generally met those needs.”

Gordon isn’t alone. The hearing also included appearances from companies like Cargill and Dow Chemical Co., and Agriculture Secretary Sonny Perdue offered his own thoughts on the matter in September. In a letter to Ann Begeman, the STB’s acting chair, Perdue enclosed a set of recommendations and encouraged STB to “investigate the CSX grain car orders’ data and methodology,” saying “CSX does not currently provide unfilled order data as other railroads do.”

“The convergence of seasonally driven rail transportation demands and the CSX service reductions could make U.S. agriculture less competitive in the global marketplace or cause prices to rise for consumers,” Perdue, a former member of NGFA’s board of directors, said in his letter.

Perdue, Gordon, and others encouraged STB to call for additional data from CSX and greater transparency about service issues from the company.

CSX's service covers a good deal of the U.S. east of the Mississippi River. Several years ago, rail carriers came under fire for service issues in Minnesota, Montana and the Dakotas after a "perfect storm" of conditions led to sizable delays at grain elevators. The issue has been mostly quiet since, although many point to lower grain prices and less demand to move bin-busting crops as part of the reason.