WASHINGTON, Oct. 18, 2017 - USDA’s National Agricultural Statistics Service (NASS) needs an array of updated and alternative tools and new statistical models to achieve 21st century bean counting on American farms and ranches, says a coast-to-coast team of statistical experts, economists and others who released their findings this week in a National Academy of Sciences report.

The report, “Improving Crop Estimates by Integrating Multiple Data Sources,” sets up hurdles for NASS to clear to improve its surveys and analysis by 2025. It portends a whole lot of work and costs at NASS and other USDA agencies to implement its findings, as well as inevitable adjustments in county crop statistics used to set insured yields for crop insurance, for example, and other USDA crop and livestock assistance levels.

“The idea,” says Bob Young, chief economist for the American Farm Bureau Federation and a participant in the study, “is, let’s try to make the data as accurate as we can make it. 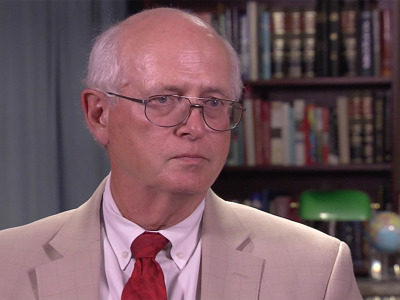 “Up to now, NASS has had its standard survey methodology . . . sampling approach and frames and all that good stuff.” But, he said, “part of the problem is that response rates to those surveys have kind of fallen off. Farmers just don’t want to do it … (and) feel like they’re responding to surveys all the time.”

USDA started its surveys in 1866 to estimate final acreage, yields, and production for principal crops, and NASS started publishing county-level crop and livestock inventories a hundred years ago. The agency has since pieced together and expanded its data collection and estimating procedures over the decades.

The report acknowledges that its 2025 vision “will pose many challenges for NASS,” but argues that the emergence of remote sensing tools, precision agriculture measurements on farms, data collection by other agencies and businesses and so forth are sources of timely agronomic data that spell opportunities to augment NASS surveys and current methods of estimating.

For NASS, “the adoption of new ways of doing business is necessary to maintain the agency’s credibility and to promote efficiency in its operation,” the report says. That’s especially true since the use of NASS surveys has expanded well beyond crop acreage and yield and now those surveys determine big-dollar decisions in federal subsidies, crop insurance rates, rents paid farmers with land enrolled in the Conservation Reserve Program, and more.

A retired USDA official who had a role in overseeing NASS surveys said the NAS study was born in a farm bill mandate “to provide county level estimates for use by (USDA’s Risk Management Agency). NASS couldn't afford to do that correctly, so it made do by cobbling together what it could … then, NASS commissioned the NAS to conduct a study of what it would actually take to do it correctly.”

Whatever the study’s impetus, NASS joined with the NAS Committee on National Statistics in 2014 to assess its procedures for surveying and estimating cash rents, and crop acreages and yields, and to learn what other data sources might be available, including surveys and research by other agencies and data collected by farm equipment in the field. The panel looked at methods for integrating such information, for example, and ways to measure levels of uncertainty of survey data.

The NAS committee found, broadly, that the current NASS approach to integrating multiple data sources through its Agricultural Statistics Board “follows specific steps and guidelines” but “is inherently subjective and neither transparent nor reproducible.”

So, the report recommends that NASS adopt “high-quality, model-based estimates that synthesize multiple data sources,” bringing the quality of its survey findings to up to standards the U.S. Office of Management and Budget wants to see in federal agency reports.

Young agrees with study findings that NASS is “going to have a lot more data available.” On the other hand, “there is no mechanism … for NASS to get to that … precision farm data, that yield monitor data at this point in time. We ought to be very clear about that. This was the first look at things they may or may not want to think about for the future,” he said.

To do surveys in a whole new way, NASS officials “have a long, long, long way to go from where they are today,” Young said.