Import of EPA ‘sue and settle’ directive is far from settled

WASHINGTON, Nov. 1, 2017 - For years, industry groups have complained that the Environmental Protection Agency and other federal agencies give in too easily when sued by environmental groups. Too often, these critics say, the executive branch is quick to reach agreements with the litigants to perform tasks by a specific date, whether it be meeting a Clean Air Act deadline or deciding whether a certain plant or animal species should be listed as endangered – a practice pejoratively known as “sue and settle.”

EPA Administrator Scott Pruitt recently acted to try to curb the practice, issuing a directive lauded by many in industry but criticized by environmental groups as redundant and, in at least one aspect, illegal. If there is any agreement at all on the meaning of Pruitt’s edict, it is this: Time will tell.

“We’ll have to see how this is implemented,” said Tom Lorenzen, a partner at Crowell & Moring in Washington, and a former Justice Department lawyer who defended EPA. “I am curious to see how it works in practice.” 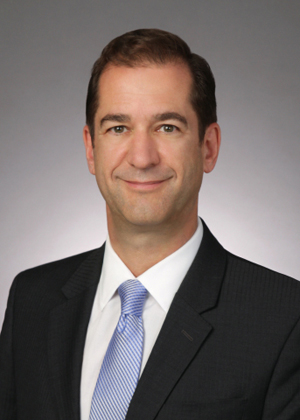 “The intent here is to discourage the suits from being filed,” Lorenzen said, but he said he did not think the directive would deter environmental groups from suing.

EPA’s press release, as well as news headlines, said Pruitt was ending the practice. “EPA will not resolve litigation through backroom deals with any type of special interest group,” the directive says. But it also acknowledges that settlements will occur and establishes guidelines for how EPA will reach them, by instituting practices designed to shed light on all EPA litigation and encourage outside input into settlements.

The directive promises to publish all notices of intent to sue the agency, as well as lawsuits when they are filed. But Pruitt also has pledged that EPA will reach out to parties affected by potential settlements or consent decrees.

“EPA shall seek to receive the concurrence of any affected states and/or regulated entities before entering into a consent decree or settlement agreement,” the directive says.

“One key improvement for farm groups and everyone else will be transparency – the public disclosure of suits and settlement discussions, and the invitation for the public to express their views about proposed settlements before they happen,” said American Farm Bureau Federation counsel Ellen Steen. “This will eliminate backroom deals and allow the agency to make better-informed decisions.” 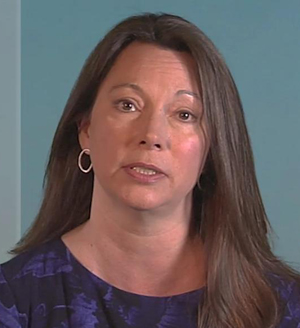 “In the past, outside groups have sued EPA for failing to act by a deadline prescribed under the law,” Pruitt said in a memo accompanying the directive. “EPA would then sign a consent decree agreeing to take a particular action ahead of other agency actions that the public and other public officials considered to be higher priorities. We should not readily cede our authority and discretion by letting the federal judiciary dictate the priorities of the administration and the agency.”

And William Yeatman, a senior fellow at the Competitive Enterprise Institute, said in a blog post that the directive “suggests that the agency will fight these special interest lawsuits, rather than immediately settling, which is what occurred during the Obama presidency.”

But “the most significant policy to fight 'sue and settle' was not mentioned in the directive,” he said. “Fundamentally, the only way to end sue and settle is for the agency to perform in a timely way the responsibilities given to it by Congress. To this end, Pruitt’s management strategy – a ‘back to basics’ focus on core statutory responsibilities – clearly gives priority to meeting deadlines. In fact, Pruitt’s commitment to faithfully executing the law is the most effective strategy to end sue and settle.”

Environmental groups that are frequently plaintiffs in cases against EPA and the Fish and Wildlife Service, one of the agencies that implements the Endangered Species Act, had harsh words for the directive.

“The Government Accountability Office has three times concluded that sue and settle is a myth, and virtually every part of this dumb directive is already done as standard practice by the EPA,” said Brett Hartl, government affairs director at the Center for Biological Diversity.

And John Horning, executive director of WildEarth Guardians, said that while the directive “may prevent more settlements, it is likely to result in more suing, and that will cost the agency more money in the long run.” He added that a provision in the directive seeking to prevent EPA from paying attorney fees to environmental groups “is blatantly illegal.”

In a blog post, Crowell & Moring attorneys Lorenzen and Tyler O’Connor noted that many environmental statutes allow courts to award attorney fees and costs to a “prevailing or substantially prevailing party when ‘appropriate,’ which courts have often interpreted to include parties who achieve the aims of their lawsuit through settlement. EPA appears ready to fight this general policy, which means we can expect EPA and plaintiffs to tangle more frequently over attorney fees in the years ahead.”

AFBF counsel Steen said the new policy “should at least ensure that (EPA) – under this administration – will resist paying out (attorney) fees, which only fuel more lawsuits.”

In the end, however, attorneys Lorenzen and O’Connor opine that “the import of the directive remains unclear,” noting that many statutes, such as the Clean Air Act, contain deadlines the agency must meet in issuing regulations.

“The directive does not curtail the ability of citizens to bring suit but merely imposes additional procedural hurdles EPA must satisfy prior to settling such a lawsuit,” they said. “Since 1986, a memorandum issued by then-Attorney General Edwin Meese has generally prohibited federal agencies from entering settlements or consent decrees that a court would lack authority to impose or that would turn discretionary duties into mandatory duties; in that respect, the new directive seems duplicative.”