Any day now, you will know the results of a vote to increase the beef checkoff in Oklahoma, but the uncertainty surrounding how to increase checkoff rates nationally may remain.

The voting to add another dollar to the state’s beef checkoff wrapped up last week. According to the Oklahoma Farm Report, a public announcement of the results is expected from Oklahoma Ag Commissioner Jim Reese by the end of the week. As ballots are tallied and a legal battle waits in the wings, the Oklahoma checkoff vote comes as part of an undeniable uptick in checkoff activity in the last several years.

An effort to increase the checkoff on a national level has stalled after seven of the eight groups in the Beef Checkoff Enhancement Working Group signed onto a Memorandum of Understanding outlining their proposed changes in 2015. But that MOU has yet to be taken to Capitol Hill, where lawmakers would have to make changes to the 1985 law governing the checkoff. That MOU would have added an additional dollar to the current assessment - $1 per head of cattle sold in the U.S. – and a referendum on the checkoff every five years so long as more than 10 percent of checkoff payers request it.

But controversies over the control of the beef checkoff within the committee led the BCEWG to hold off on pushing the MOU. Instead, 14 states increased their assessment, something that can be done by a vote of producers rather than navigating a dicey climate in Washington. However, some initiatives have had their problems at the state level, as well – in part fueled by cattlemen’s familiar enemy, the Humane Society of the United States.

In 2016, Missouri producers voted down an increase to their state’s assessment, and the effort to increase the checkoff in Oklahoma has become ensnared in a legal fight. There, producers who are members of the Ranchers-Cattlemen Legal Action Fund, United Stockgrowers of America (R-CALF USA) and the Organization for Competitive Markets have filed suit over the management of the vote, specifically the role the Oklahoma Cattlemen’s Association played in it.

“We believe the Oklahoma Cattlemen’s Association has made a mockery of the constitutional-based election process,” R-CALF CEO Bill Bullard. Specifically, he took issue with interpretation of checkoff-paying operations compared to checkoff-paying producers, allowing minors who own cattle to vote, and requiring producers to have names and addresses on the ballot, “leaving the possibility of retaliation very real.” 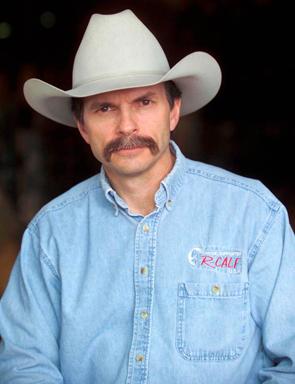 “In this election process, you have the Oklahoma Cattlemen’s Association, which is acting both as the ‘yes’ campaign and as the election board,” Bullard added. “And that’s fundamentally unfair and contrary to the principles of a democratic election.”

Michael Kelsey, the executive vice president for OCA, told The Oklahoman that the votes will be counted by an auditor that “has never worked with the Oklahoma Beef Council or the Oklahoma Cattlemen’s Association.” He said in addition to tabulation, “it will also do random checks to be sure the ballots were filled out by producers who were eligible to vote in the election.” Separately, he also dismissed legal challenges as being brought by “out-of-state activist groups” that “have no place in the Oklahoma beef industry.”

Whether or not the challenge to the vote will succeed remains to be seen; if it does, the plaintiff group seeks to have the court vacate the election and order the state’s ag department not to enforce the results.

R-CALF USA has had some success challenging checkoffs at the state level, most notably with a victory in Montana earlier this year. There, a judge sided with R-CALF on a First Amendment challenge after the Montana Beef Council helped fund an advertising campaign that promoted North American beef. R-CALF USA is known for its fierce backing of country-of-origin labeling and promotion of U.S. product, so its members took issue with mandatory checkoff funds being used to promote beef that could be of Mexican or Canadian origin.

That ruling is currently under appeal, but Bullard – who leads a group with a stated opinion that the checkoff is “unsalvageable” and Congress should repeal it and “start from scratch” – is well aware of its potential impact.

“We believe that if this decision stands, that this will obviously have implications all across the nation,” he said. “We would believe and expect that Agriculture Secretary Sonny Perdue would do the right thing and modify the operations of all state beef councils so as not to violate the constitutional rights of producers across the United States.”

“We’re limited on a national level from using the judicial branch because of the Supreme Court decision that said the national program espouses government speech,” he noted. “The states, though, operate differently. The Montana case has established that it is unconstitutional for the USDA to compel producers to pay for the private speech of private beef councils.”

Under the decision in Montana, producers wishing to contribute to the state’s checkoff must opt in to do so. Typically, a state collects the $1-per-head assessment and sends half of it to the Beef Board for use at the national level. Now in Montana, the entire dollar is being sent along to CBB. Bullard says there are safeguards at the CBB that prevent checkoff funds from being used to fund the lobbying efforts of the National Cattlemen’s Beef Association, which he alleges happens with funds collected at the state level.

“If the money all goes to the CBB, then less money will flow to the lobbying group, the National Cattlemen’s Beef Association, who now receives about $10 million through the contributions by these individual state beef councils,” Bullard said. “And so, if that flow of money is stopped, then you stop approximately $10 million that are funding an organization that is working on policy issues that are contrary to the financial interest of our members.”

That R-CALF USA is opposed to NCBA’s lobbying efforts is not exactly a surprise in policy circles; the groups are almost always on opposite sides of issues. But the accusation that checkoff money is being funneled to lobbying efforts is serious, given the prohibition on that very practice in federal law.

In a statement, NCBA CEO Kendal Frazier told Agri-Pulse that funds from state beef councils “are, by law, excluded from lobbying and are used only to support checkoff-eligible programs.” (According to the Checkoff Beef Board, which administers the federal beef checkoff, NCBA and one of its subcontractors will receive just over 90 percent of allocated funds in the 2018 fiscal year.) Furthermore, those funds, he says, go to the Federation of State Beef Councils, not the NCBA.

“This investment is overseen by internal and external auditor and receive regular scrutiny by the Cattlemen’s Beef Board and USDA,” Frazier continued. “Bottom line: It is a choice to invest in the Federation, and individual state beef councils make that choice based on deliverable results and proven accountability.” 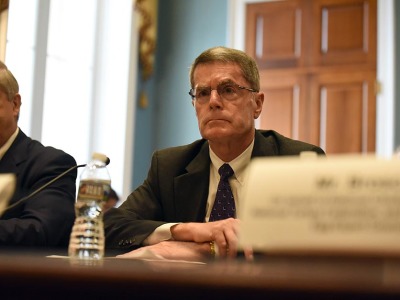 On the matter of the legal action, Frazier said lawsuits against checkoff programs “unnecessarily divide beef producers and will, ultimately, reduce beef demand if they continue.”