It could take months or years, but U.S. farm and fuel organizations aren’t just waiting. Groups like the U.S. Grains Council (USGS) have been meeting with prospective Indian buyers, policy makers and others – as they did in a trade mission to India last week – in an effort to lay the groundwork for what could be billions of dollars in future exports to a country with more than 1.3 billion people.

India, which makes its ethanol from sugar cane, is desperate to expand its use of the renewable fuel as a component in gasoline for the country’s 142 million cars, motorcycles and trucks, but it doesn’t have the production capacity or the infrastructure to make that happen.

Almost a decade ago, the Indian government published its national Policy on Biofuels, setting a 20 percent target by 2017 as one of its main goals for blending ethanol into its gasoline supply. But it's nowhere near reaching that target. For the past few years, politicians have been talking about raising the current 5 percent mandate to 10 percent, but even that is wishful thinking, according to USGS officials who accompanied USDA Undersecretary Ted McKinney on the trade mission.

And while the government continues to stress its support for ethanol, it only allows imports of U.S. ethanol for industrial uses, as political forces continue to protect the nation’s sugar farmers.

Right now, even the 5 percent mandate has not been achievable, USDA Director of Global Strategy Kurt Shultz told Agri-Pulse in an interview after the trade mission. The average blend rate among India’s 29 states last year was just 3.3 percent “due to a lack of political will, inadequate procurement pricing, and insufficient feedstock,” according to a recently released report from USDA’s Foreign Agricultural Service.

“They have an aspirational mandate, but they don’t live up to it,” Shultz said. “It’s a goal that they’d like to achieve, but they’re not holding themselves accountable because they are limiting themselves to domestic production.”

In the U.S., ethanol is made from corn, and the country’s farmers and producers say they could easily get India to the 10 percent level and beyond, except for the policy roadblocks.

Still, even with the partial ban, India is the fourth-largest foreign market for U.S. ethanol. The country bought 135 million gallons of U.S. ethanol in the 2016-17 marketing year, according to Brian Healy, the manager of ethanol export development for the USGC, and those sales are expanding. Indian companies use ethanol to produce thousands of different products from plastic bottles to hair spray, said Healy.

But the big prize is still the automobile fuel market and the restrictions on ethanol imports could come down soon, McKinney told reporters during the trade mission. 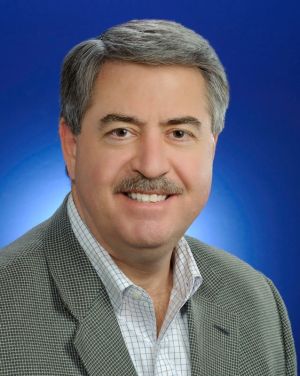 India, in its biofuels policy guidelines, said it foresees eventually relaxing its import restrictions, stressing a desire to increase its use of renewable fuels to lower the country’s reliance on petroleum as well as reduce pollution.

“Biofuels are environmentally friendly fuels and their utilization would address global concerns about containment of carbon emissions,” the Indian policy paper stresses. “The transportation sector has been identified as a major polluting sector. Use of biofuels, therefore, becomes compelling in view of the tightening automotive vehicle emission standards to curb air pollution.”

That’s the message that McKinney brought to political leaders during the trade mission.

“It was really important for Mr. McKinney to be along because he raises the profile,” Healy said. “He brings the credibility of the (U.S.) government.”

Meanwhile, Healy and Shultz were meeting with Indian industry and farming representatives. They said they recognized the government’s desire to protect its farmers, but argued that allowing access to corn-based imports would spur investment in commercial infrastructure as well as boost domestic demand for imported and locally produced fuel.