A powerful group of Republican and Democratic House and Senate members is launching a new attack on the USDA program that regulates sugar production and protects farmers from price fluctuations.

Virginia Foxx, R-N.C., and Democrats Earl Blumenauer of Oregon and Danny Davis of Illinois, along with senators Pat Toomey, R-Pa., and Jeanne Shaheen, R-N.H., are behind the Sugar Policy Modernization Act, which supporters hope will eventually be included in the 2018 farm bill to strip away what they contend are costly protections for America’s sugar cane and beet farmers.

Foxx said the Congressional Budget Office has calculated that her bill would save taxpayers $100 million over 10 years by doing away with government-backed, non-recourse loans for farmers and the Feedstock Flexibility Program, which guarantees USDA will buy up surplus sugar if there is too much on the market.

When the USDA issues non-recourse loans, farmers can pledge the future sugar harvest as collateral and USDA must be willing to accept sugar in lieu of repayment of the loans.

“Unlike foreign sugar industries, U.S. producers do not receive subsidy checks,” said Galen Lee, president of the American Sugarbeet Growers Association. “Instead, producers get loans to help cash-flow operations while sugar is stored for customers. Because loans are repaid with interest, sugar policy has operated without taxpayer cost in the 2014 farm bill.”

The main aim of the bill unveiled Tuesday is to reduce the prices that U.S. food and candy companies pay for the sugar they need to produce everything from bread to chocolate bars. To do that, USDA’s marketing allotments would be done away with.

The U.S. sugar program keeps a strict hold on how much domestic and international sugar can enter the U.S. market in an effort to keep prices stable and U.S. farmers profitable.

But by encouraging higher prices, U.S. food and candy companies are put at a disadvantage. Sometimes, they have chosen to relocate to Mexico or elsewhere to take advantage of cheaper sugar supplies, Foxx and other lawmakers said.

“Chicago used to be called the candy capital of America,” said Davis. “Unfortunately, high sugar prices have driven some of these companies away … Food processors, bakers – any company that uses high quantities of sugar is in need of modernizing our policy so that they can be competitive on the international market.”

The USDA keeps imports in check by maintaining strict quotas on shipments from foreign countries. For domestic production, USDA assigns “allotments” that restrict how much domestic sugar can enter the market. The new bill would do away with the domestic allotments, but wouldn’t impact the import quotas.

“If there’s one thing I’d like to communicate about the sugar program, it’s this: The federal government should not be controlling how much sugar is produced in this country and what the price of sugar should be,” Foxx told reporters at a press conference on Capitol Hill. “The government repealed most of the marketing allotment programs such as tobacco and peanuts decades ago, for good reason. Sugar stands alone as the last substantial commodity program that manages supply through these arcane allotments.”

But the proposed measures to protect food and candy makers would also threaten farmers, Lee said.

“A better name would be the ‘Sugar Farmer Bankruptcy Bill’ because that’s exactly what the Foxx-Davis plan is designed to do,” he said. “Big candy companies have lobbied for decades to outsource production to foreign countries with high subsidies and low labor and environmental standards.” 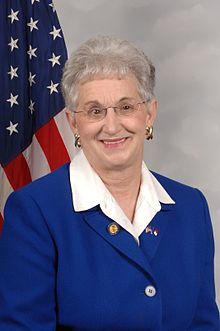 “It’s time for the federal government to stop picking winners and losers and saddling consumers with higher prices to subsidize a non-competitive industry,” he said. “Instead, we should move towards a market-based agriculture support program. This legislation finally repeals marketing allotments … that have restricted the amount of sugar each domestic company can sell.”

While farm groups argue that eroding the U.S. sugar program would put farmers out of business, lawmakers like Foxx counter that there are far more jobs at stake in the food and candy industry.

“In the United States there are hundreds of thousands of jobs in the sugar-using industries,” said Goodlatte, who has a Hershey plant in his district.

But the odds of the Foxx bill getting into the 2018 farm bill seem slim. Foxx told Agri-Pulse that House Agriculture Committee Chairman Mike Conaway is opposed to the legislation.

“We’re hopeful that this bill will end up just like all the others designed to enrich candy companies at the expense of America’s family farmers,” Lee said.