Following negotiations with Argentine leaders last week, the U.S. Commerce Department could issue a final determination– perhaps as early as today – regarding countervailing duties on biodiesel imports from Argentina and Indonesia.

In a separate but related case, late last month, the Commerce Department found that biodiesel imports from both Argentina and Indonesia were being dumped into the United States below fair value, siding with the National Biodiesel Board (NBB) Fair Trade Coalition, which is composed of the NBB and 15 domestic producers.

In a statement issued last week prior to the negotiations, Donnell 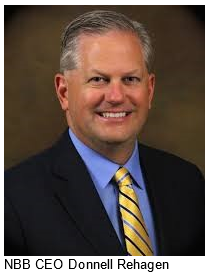 Rehagen, CEO of the National Biodiesel Board, said “the U.S. biodiesel industry has expressed a willingness to work out our differences with the government of Argentina – but the market distortion has to end,” Rehagen said. “The primary issues that led to the coalition filing the case were the differential export taxes (DETs), which distort the market here in the United States, and dumped prices.”

The NBB Fair Trade Coalition filed its petitions in March to address a flood of subsidized and dumped imports from Argentina and Indonesia that has resulted in market share losses and depressed prices for domestic producers.

NBB says biodiesel imports from Argentina and Indonesia surged by 464 percent from 2014 to 2016, taking 18.3 percentage points of market share from U.S. manufacturers. Imports of biodiesel from Argentina again jumped 144.5 percent following the filing of the petitions. These surging, low-priced imports prevented producers from earning adequate returns on their substantial investments and caused U.S. producers to pull back on further investments to serve a growing market.

A final determination by the International Trade Commission, in connection with the countervailing duty case, is expected in December. The Commerce Department is scheduled to make its final antidumping decision early next year.  The duties need to be upheld by a finding by the U.S. International Trade Commission that the imports harm U.S. producers. Such a finding would lock the duties in place for five years.