US ag sector watches painfully as TPP moves on without it

It was difficult for much of the U.S. ag sector to watch as President Donald Trump pulled the U.S. out of the Trans-Pacific Partnership (TPP) 10 months ago. Now, the pain is sharpening as the remaining 11 countries appear to be on the verge of ratifying the massive trade pact without one of the founding members.

Representatives from Japan, Mexico, Canada, Australia, Vietnam, Brunei, Chile, New Zealand, Peru, Singapore and Malaysia all took a major step last week toward finalization of the deal that sharply cuts agricultural tariffs for TPP members, according to a joint statement.

“Now everybody else who stayed in the negotiation process can enjoy those benefits, and we’re left outside the dance,” said Kent Bacus, director of international trade for the National Cattlemen's Beef Association. “How do you remain competitive in that situation? It’s tough.”

NCBA is just one of the many U.S. ag groups who had hoped TPP would significantly boost exports for U.S. beef, pork, dairy, soybeans and other commodities. In the case of beef, Japan would have brought its tariffs on U.S. exports down from 38 percent to just 9 percent, giving the U.S. a better chance to compete with countries like Australia.

In the case of pork, Japan agreed under TPP to eliminate a 20 percent tariff on ground pork and a 10 percent tariff on sausage within six years. Also, Japan would have immediately cut in half a 4.3 percent tariff on all fresh, chilled and frozen pork and reduced government intervention in the market by scaling back its “gate price” system that’s often used to set prices on imports so as to favor domestic product.

But an anti-TPP platform was one of Trump’s key messages in his successful 2016 presidential campaign and he followed through last January by yanking the U.S. out.

Now that the remaining 11 countries have made it clear that the U.S. departure didn’t kill the pact, U.S. farm groups are watching as they lose out even more.

Increasing trade with Japan was the primary goal in joining TPP, said David Salmonsen, a senior director at the American Farm Bureau Federation.

“The countries in it are going to get the preferences,” he told Agri-Pulse. “Australia is going to be able to move their beef tariff down to 9 percent, while we stay at 38 percent. Same with lower tariffs on pork and dairy products – all of the things we would have thought we’d get … We’ll still sell to Japan. They’re our fourth- or fifth-largest export market, but we’re not going to be able to do as well. We’ll be at a disadvantage because we’re paying higher tariffs. That’s the real issue for us.”

The Farm Bureau had predicted that tariff cuts and other measures in the TPP would net U.S. farmers an extra $4.4 billion annually.

The NCBA estimates that the U.S. beef sector is losing about $400,000 a day in sales because Japanese tariffs are higher for the U.S. than other countries.

Trump returned to Washington Tuesday night after his 12-day trip to Asia, where he visited Japan, South Korea, Vietnam, China and other countries. NCBA’s Bacus said he had hoped that the trip would result in the announcement of an agreement to forge a bilateral trade deal with Japan, but there are no signs that is coming.

“Outside of the TPP, I just don’t see how we’re going to remain competitive without a full-scale effort to negotiate a bilateral agreement with all of the TPP countries,” Bacus said. “We don’t see any alternatives that are readily waiting for us. Maybe President Trump is going to announce something big on the U.S.-Japan relationship, but I don’t know. That’s all speculation at this point.”

Trump did tell reporters during his Asia trip that he has a major trade announcement that he’ll make later today, but there is little optimism that the U.S. will rejoin TPP anytime soon, even under the new name and acronym that’s been agreed upon. 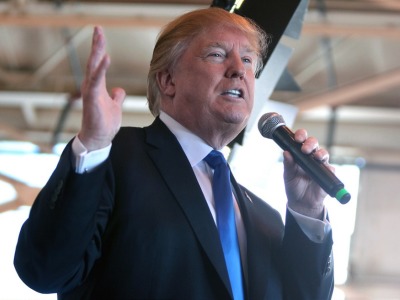 Beyond just announcing their agreement on the “core elements” of the pact, the trade ministers for all 11 countries have agreed it will now be called the Comprehensive and Progressive Agreement for Trans-Pacific Partnership (CPTPP).

Whatever it’s called, Farm Bureau’s Salmonsen said that if the pact isn’t altered too substantially, there is always the chance that the U.S. could join at a later date.

“We’ll have to watch and see if, in the end, there’s major differences that would be any kind of barrier … to the U.S. rejoining some day,” he said.

The U.S. could indeed re-enter the TPP – or more accurately, the CPTPP – said Iowa State University’s Dermot Hayes in an interview, but the longer it takes to do so, the further U.S. ag exporters would fall behind those in the other countries.

“If we jumped in, we’d have to start from the beginning,” Hayes said and offered a theoretical scenario: “They might be at 5 percent and we’d be at 10 percent. And they’d go to 4 percent and we’d go to 9 percent. I don’t think you can just jump back in and get all of the benefits without incurring any of the upfront costs.”